The Art of Spookiness : Horror Hotel 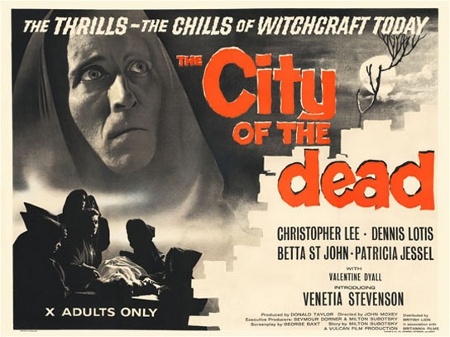 When I watch older horror movies now, I am transported back to my tween self watching spooky old movies late night by myself and being somewhat creeped out. Now this was the late 80's so by this time, some of these older horror movies had a cheesy/time capsule kitsch to them, but it was the classic acting style of well cast men and women, the (mostly) simple soundtracks, the atmosphere, and the story that drove them. I've already lamented the fast paced-ness of mainstream contemporary horror so I won't again but its these elements I mention that make a film like "Horror Hotel" (known to the rest of the world as "The City of the Dead") genuinely spooky. The art of spookiness, if you will, is on display in John Llewellyn Moxey's 1960 noteworthy "Horror Hotel." 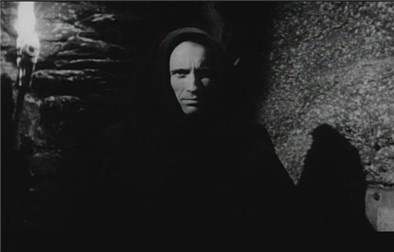 Christopher Lee may be known to my kids as Count Dooku or Saruman, but I knew him mostly as the actor from all those Dracula movies with Peter Cushing (or Grand Moff Tarkin as I chose to see him!). Lee plays the role of Professor Alan Driscoll in "Horror Hotel." He is a professor of witchcraft (some sort of anthropology gig?) who persuades an eager student who wants to do her senior thesis on witch trials (Venetia Stevenson) to visit a small town off the beaten path in Massachusetts named Whitewood. Well he essentially sets up our protagonist to be the fullfilling female sacrifice to the devil on that all important date on the satanic calender, Candlemass Eve. The viewer knows he's no good from the moment we see him. He is stern and glaring at the doubters in his class like he wants to set them on fire instantly but must reserve himself somehow, Christopher Lee might be the best bad guy actor ever and to see him at the age of 38 and just a few years into the horror scene is a treat.

The spooky factor starts with Christopher Lee and continues one like the fog that blankets Whitewood and its surrounding areas. The student protagonist of the film is killed off halfway or so through the film which will instantly bring to mind "Psycho." Both movies were shot in 1959, released in 1960, continued onward with a loved one trying to aid the local police in finding out the whereabouts about the missing and ended with a scene involving a dessicated female corpse. Apparently it was coincidental. Nevertheless, it is still a shocking ploy for any story! At this point in "Horror Hotel," it becomes more about what is going on in Whitewood? And if it's existed this way for centuries, why would 1960 be the time to stop? I'm wondering do all who go looking get murdered somehow? Well there was that trusty gas station attendant who warned each person who stopped that Whitewood doesn't like strangers, hmmm. 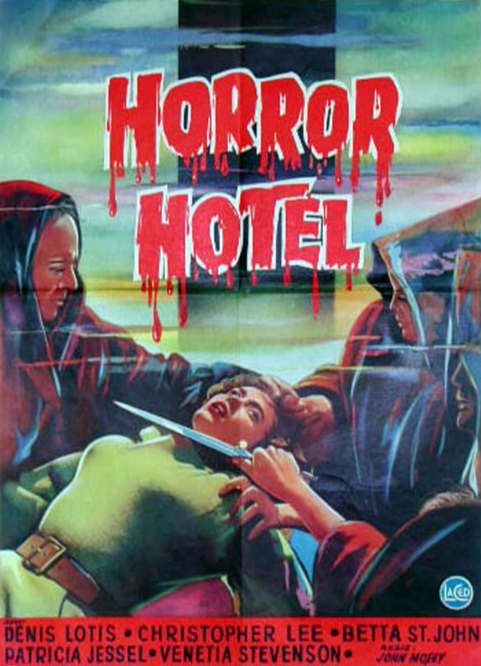 "Horror Hotel" is a great example of a 1960 era horror film with great acting and an awesome spookiness that lasts throughout.  £45,000 was the budget and a start up Hammer Films rival Vulcan Productions would release the film (kind of a proverbial David with Christopher Lee on his side taking on Goliath at that time). I don't think this film stands out as one of the great all time horror films to most, but it definitely has a special place in the history of horror films and if you could whittle away all the crap and keep the classics, I'd put it in there!

Visit me and more of my blogs at Baxter Martin WebTv and check out all the great stuff that Film Annex has to offer!