THE BATTLE OF ARNHEM 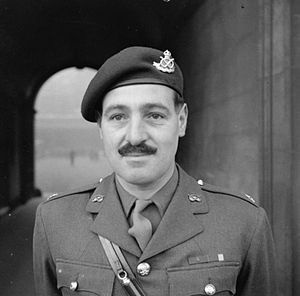 Hushed, anxious voices and the clattering of kit echoes around the old church at Oosterbeek, as the early morning light filters in and begins to rouse the British troops. One officer, Major Richard ‘Dickie’ Lonsdale, makes his way through the pews, lined full of sleeping soldiers, toward the pulpit. Some look up as he passes, noticing his arm in a sling and the bloodied bandage wrapped around his head. Casting his eye over the beleaguere and unlikely congregation, already bloodied and worn down from four days of fighting in enemy territory, Lonsdale draws a breath and pauses as he musters up what words of encouragement he can. 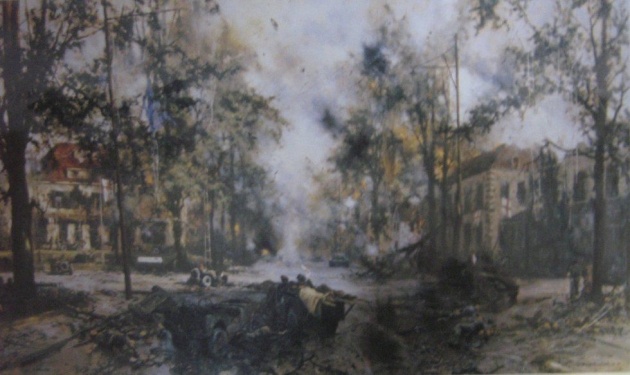 Major Robert Cain, of the 2nd South Staffordshire regiment, was among Lonsdale’s men that day, huddled in the church just east of the Dutch town of Arnhem. The 35-year old military veteran knew more than most just what was coming their way, and he had more reason than most to want revenge. Operation Market Garden, the British and Polish-led advance into German-occupied Holland, had so far been a disaster and was on the brink of failure. Cain’s regiment had been one of those that had borne the worst of the fighting.
The plan had been to pull off one of the largest aerial assaults ever conceived, capture key bridges on the Rhine and return home for tea and medals. The 2nd Army, as well as Polish brigades, would then move up from the south to support and help hold the positions. However, the British paratroopers and other infantry had dropped right into the heart of two German Panzer divisions. What was supposed to be a surprise attack, meeting limited resistance, turned into a massacre. 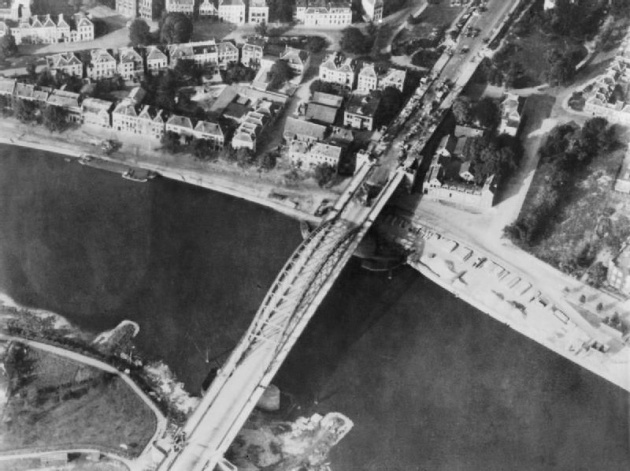 After joining the 2nd battalion in 1942, Cain saw action during the invasion of Sicily, in what would be the campaign to drive the Nazis from Italy. As well as amphibious landings, a number of British and US troops were dropped in by parachute and glider, but difficulties with weather and landing the fragile gliders safely presented grave peril before the troops even got a look at the enemy. Similar problems now hampered the British over Holland. After his glider malfunctioned on Sunday 17 September, as part of the first lift to Arnhem, Cain joined the second lift the following day, but was delayed further by fog. This lost crucial time in an attack that was, by this point, no longer a surprise for the German forces. 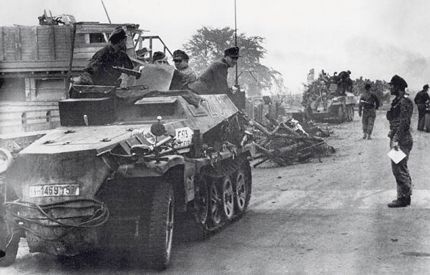 Once safely landed and organised, the 2nd South Staffordshire advanced through the city of Arnhem. However, the men soon found themselves surrounded by well-prepared German defences. Enemy marksmen seemingly picked off soldiers at will, while self-propelled guns and tanks blocked the route ahead and ceaseless shelling went on unchecked. Soon the streets were littered with dead soldiers, caught with nowhere to take cover and nothing to counter the armoured units.
In among the chaos, the battalion’s commander was taken prisoner, along with hundreds of men under his command. Major Cain was barely able to escape with one company, totalling just 100 men. Running out of ammunition and food, the British were forced to retreat back west, to the village of Oosterbeek, where a defensive n-shaped perimeter was being formed by the surviving units. 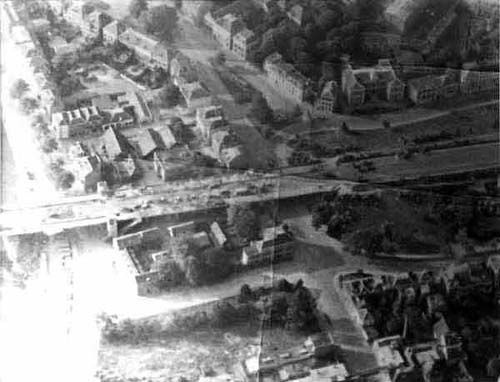 Command over the eastern sector’s defence fell to Major Lonsdale, who was well aware of the importance of the line holding. His force was all that would stop the Germans from cutting the Allied army off from the Rhine, driving a wedge between them and any hope of relief or escape. Now the men gathered in the little Dutch church shoulder their weapons, snatch the final drags of their cigarettes and turn to face the pulpit above. “You know as well as I do there are a lot of bloody Germans coming at us,” Lonsdale declares bluntly. “We must fight for our lives and stick together. We’ve fought the Germans before. They weren’t good enough for us then, and they’re bloody well not good enough for us now. They’re up against the finest soldiers in the world […] Make certain you dig in well and that your weapons and ammo are in good order. We are getting short of ammo, so when you shoot, you shoot to kill. Good luck to you all.” Cain and his men went outside to take up their positions and wait for the German men and tanks that were rumbling down the road to meet them.