The Best for Thee's Lover

Just a few weeks and love will be oozing to our atmosphere because of Valentine’s Day, well what makes this occasion a very memorable one to couples?

The chocolates and flowers that are given by the gents to the ladies and the extreme passionate feeling for each other are exemplified during this day, though it doesn’t need to have an occasion just to show your feelings yet Valentine’s Day is a perfect platform for proposals, confessions, and so much more. With this indication this special event signifies a boost on the odds of success for specific actions that might spark or deepen love.

But as you can see we are now living at the 21st Century and with this we can already infer the following observations; Chocolates and flowers have become too common and are often taken for granted, relationship span becomes shorter by the minute, lastly, the fire of love cannot burn anymore because there is nothing to act as fuel to maintain its heat and might or will lead to break-ups.

So now, what should we do in order to maintain the fire between the two of you?

So I asked 200 people, and 71% or 142 people said that gifts should be given in order to deepen your relationship but what specific kind of gift should be given? Don’t tell me you’re thinking again of chocolates and flowers? Just like I said it’s too mainstream and is usually given if you don’t know what the likes of the woman you’re courting.

Again to know the best alternative gift you can give to better increase the odds of success, I asked 50 women ages 13 – 25 of what would be the best alternative gift you can give to a woman. Jewelry, A poem, a book, cash, etc. and unbelievably what they chose is to be given a poem. For me as a writer it is quite understandable since the feelings and effort a writer exerts while making a poem for his beloved is somewhat priceless because you might buy words but you can’t buy feelings.

Now, what kind of poem should be given? A free verse? A lyrical poem? But for me the greatest choice would be to make a named sonnet.

What is a named sonnet? A named sonnet is an innovated kind of sonnet I originally made though I am not quite sure but this is an original idea I made after carefully planning what should I give my you-know-what. (we’re not in a relationship.) Though I might claim that I made this but it is not still patented but I hope that other writers wouldn’t steal my idea and patent it on their names and gain glory and fortune. (Maybe I’m just overreacting.)

Below is a picture of one of my pieces entitled Nature’s Wonder previously posted on Niume.com. 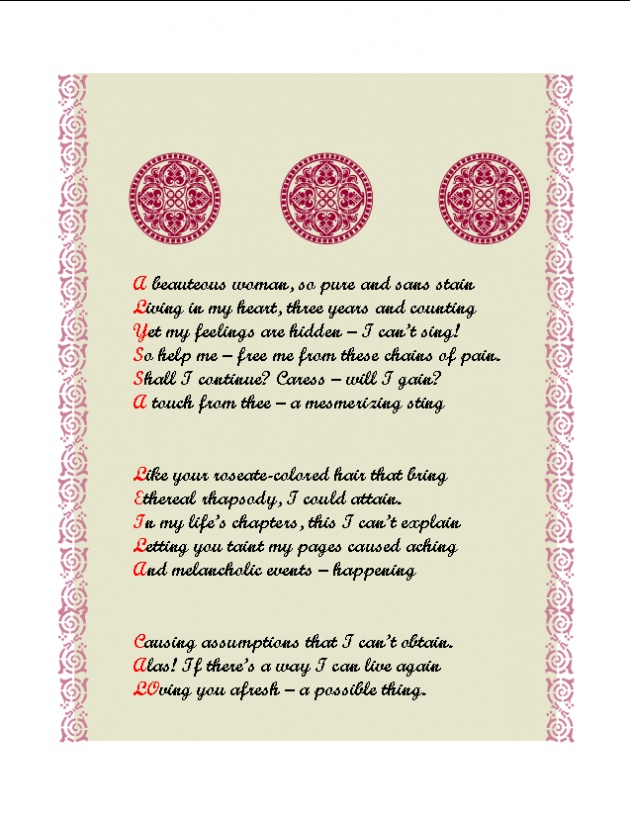 As you can see the named sonnet is still pretty much like the regular sonnet but the difference is that at the left side letters of your beloved’s name becomes the outline of the whole poem and it is a challenge for you to make a poem out of those letters while connecting the idea or the thought to the next line because in poetry all the lines are interconnected and supports each other.

With this you really need to study the nature of poem, the parts and elements of a poem and most importantly in making a sonnet, within those 14 lines having ten syllables each and having a definite rhyme scheme you should have expressed what you wanted to say completely while adoring her beauty and telling her how much you love her and what would be the effect if she is not there in your life. In that way she would be captivated by you because there is that saying, “Words are weapons both in Love and War.”.

After finishing the poem, you should highlight the letters that symbolizes her name and write it legibly like in parchment form like what the meisters do when sending messages through ravens and make sure you do leave a seal to make it more sophisticated and romantic. 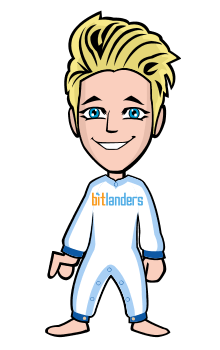