THE CHOICE OF CAREER

The progress and prosperity of a man is largely determined by the profession. The wrong choice of a career leads to grief and despair whereas the right one to health and happiness. Many a young man ruined by entering into a profession which does not suit his tastes and talents. This is generally due to the fact that the choice is made at a time when one is unfamiliar with the ways of the world. A large number of charming professions dazzle a young man's vision with the result that one is simply stupefied and is prompted to pursue a wrong path. 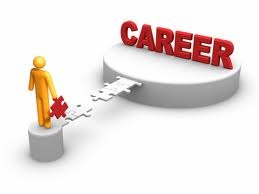 Therefore, for achieving a definite success in life, it is essential that we should choose our profession and the future course of our career which utmost thought and care. Rash and hasty decisions invariable lead to rack and ruin. We must think and choose before we act. In the past there were no need of free thinking and choosing since everyone's profession was permanently settled in accordance with one's family trade. The son entered into the shoes of his father. But now the social conditions have completely changed. Democracy has acquired universal supremacy, and there is full liberty of choice for every individual as regards professional matters. But to carve out a suitable career for oneself is not a child's play. One should be very thoughtful inj this matter. Cool thinking and self-examination are keynotes for a right decision. Before a young man enters the battle of life, he should take into account all the conditions and circumstances that he surrounded with his innate aptitude and ability, the financial status of his parents, the opportunities offered by the profession of his choice and the social and political conditions of his country. What he should look to is not only the material benefit which he choice and taste. So far as the question of economic gain is concerned professions. Every profession has its own chances of success 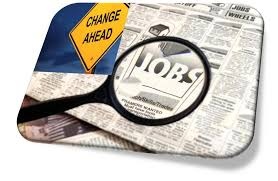 But once te choice is made, one should put one's whole-hearted effort into its performance. Difficulties are bound to arrive and threaten your determination in the beginning, but, your greatness consists in facing them with a spirit of hope and courage, and not in changing your decisions. A double-minded man is a failure, and one who hesitates and doubts between 'to be' or 'not to be' can seldom achieve success in life. A man who does his work reluctantly or shifts from profession to profession, is like ' rolling stone which gathers no moss'. Tenacity of purpose is a factor which is essential for the attainment of success, as nothing can be achieved without undergoing trials. 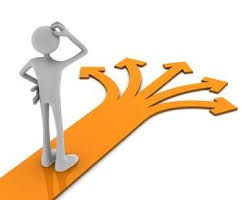 No doubt, success depends on opportunities but as Carlyle said,

Genius is nothing but an infinite capacity for taking pains

Even if the circumstances in which a person is placed are not favourable to him, he can, by mere force of will and hard work, win his way to the extent to which his abilities entitle him. Take the case of Charles Dickents. He started his career as a boy sticking labels on gum bottles, yet, by dint of labout, the rose to be one of the greatest novelists of the nineteenth century. Lord Reading too, before he became the Viceroy of India, was a sailor, a stock exchange broker, a solicitor and a politician. True genius always chalks out a career for itself, and forces its way to the occupation that suits it best.

In out country, however, parents have a difficult job in choosing a profession for their wards. Pakistani parents are mostly orthodox and superstitious in their outlook. They choose to impose their own will on their sons rather than let them follow their own independent course. The result is that a student has no voice in the choice of his profession. He has to follow the will of his parents blindly. He gets no chance to weigh for himself. The success, if achieved in such a case, is merely a chance-gain. In majority of cases our young men prove themselves a square peg in a round hole.

young hood, the spring of life

Young generation, Young hood is the season of energy and capability. It is the best period of life, …

young generation are the members of a society which can make their country improved.then families ar…

It is universally acknowledged that intellectual and spiritual ,social and physical aspects of life …

In the season of winter, in Pakistan there are very cold months specially December, January and Febr…

Unemployment Challenges in Afghanistan and the government's inability

Unemploymentand poverty are the major problem in the country. Experts also believe that the unemploy…