The consequences of the Three Gorges Dam, China

The consequences of the Three Gorges Dam, China

The chines government decided to build the Three Gorges Dam on the Yangtze River in the central china though the project of the dam was full of high risks but still chines government took a chance to build it. The size of the dam is very large that it can be viewed from space. The dam was believed to generate about 22,500 megawatts of fresh energy which was the basic need of the rapid growth in the residents of china and economy. When the planning of the project was in process, a lot of local, countrywide and overall issues were upstretched that the project of dam will later on, it resulting in  very damaging effects and those damaging effect cannot be resolved later so it was still in ambiguity that will the project be in profit or loss. Still the chines government didn’t stop and build the dam as it got ready and started working it started presenting its sudden effects so the board members of the project and naturalists realized the effects. Due to a radical dearth in 2011, the production of electricity by the dam had to be reduced. The lack of water in the dam was very important issue because 40% china’s budget and 400 million people relayed on it. The Gorges Dam on the Yangtze River is a good example of poor planning, lack of quality and not keeping in view the growth in budget. Gorges Dam in china is the best example of why should the board members of projects should be doing good planning by keeping in view the main points as:

The project of dam undertaken by the chines government got raised with a lot of loss and harmful effects such as it made displaced a lot of local villagers living nearby, the beautiful view of the place where dam was build got ruined, the cultural heritage also got affected by the dam. Whereas the project of the dam also came with some positive affects for the republic of china in the form of  job’s for the jobless people in the entire region for all that period in which the dam was being build. As the dam was expected to be generating enough electricity but in 2011 it got a bit failed due to lack of water in the river by which about 4 million people and 3 million farm animals got badly affected. The workers at the Dam had to discharge Substantial amount of water by which for a short period of time the generation of electricity got reduced. The commentators of globalization would say that the growth in the budget which occurs because of these kind of projects which results in the form of manipulation of poor people and the environment.

Environmental results of this project were by its self not remarkable for themselves for their effects on public and economic issues. The affection of wild life was also the result of the project. The local farmers were also concerned to remove the water from the nature reserves in the period of scarcity to grow their crops rather than destructing the area. The destruction of the beautiful views was also an environmental destruction which was irretrievable. The human waste and the wasted materials of the factories in that regions could also had been drained into the dam and on other hand the dam was drained into a newly created lake which would also be a big loss of clean water which could be utilized to generate electricity.

The atmosphere of the region was not that good so there were less rain fall’s that could full fill the dearth of water. All these issues are caused by the dam if it wasn’t built by the chine’s government all of these damages wouldn’t have took place. The designers of the dam to enlarge the size but didn’t ignored the variation of weather.

The perspective of contemporary society on financial growth ignores that the people are also a part of economy which itself is a part of environment. The dam was basically built to provide an environment friendly solution to fossil fuels which was deteriorating the atmosphere. However while trying to eradicate the effect of fossil fuels, the concerned authorities were only responding to growth while ignoring development of the society as a whole.

For instance, although china pollutes the atmosphere much less than the United States of America, it still is on the top of the list of major polluters. Likewise though the Three Gorges Dam was an improvement towards the old power generation techniques being used in China, it brought along with it many disastrous consequences which included:

If the concerned authorities would have evaluated the consequences associated with this project, the detrimental effects would not have been occurred and the project would have been a mark of positive improvement towards the development of the economy which includes the people, of course. As a small scale alternative, if a relatively smaller dam would have been built, the overall effects would have resulted to be positive in creating both an environment friendly and economically sustainable endeavor.

Apropos to the agreements on climate change like the Kyoto Protocol, many find defects or incompleteness since the developing countries are the ones which contribute towards greater emissions. The Kyoto, though well intended, may be considered incomplete because it allows for such emissions for the developing countries which need to use resources like coal and fossil fuel to upgrade themselves into sustainable self-sufficient nations, while restricts the use to developed countries since they can afford the more costly energy alternatives.

My evaluation of the article:

I myself being more apprehensive towards an environment-friendly and sustainable development, I might undermine, in my evaluation, the economic advance for the people in the area where this dam was built. With reference to Lawrence & Webber, 2011, the farmers in that region claimed to be happier prior to the completion of this project. As I mentioned before, I might be biased towards giving more value to the environmental effects on the society due to the construction of the Three Gorges Dam on the Yangtze River though what is really achievable in reality might be higher than what I will describe in my evaluation. Apropos to Lawrence & Webber, 2011 the actual purpose of this dam was to replace the need for utilizing fossil fuels in general and coal in particular which being the main power source contributed towards 80% of the electricity generation and 25% of the fatalities were caused due to lung diseases. My criticisms in this evaluation are most likely oversimplified due to my limited information and no basic knowledge on what factors were involved in the actual planning and construction of this project. The engineers and authorities concerned with the project argue that they relieved the people’s condition due to droughts by releasing water from the dam, while as commented by environmentalists the process contaminated the natural lakes. Those environmentalists are of the view this dilapidation happens in two ways:

As far as my view and perspective is concerned, I personally select to stand aside the environmentalists despite the fact that there are chances that the other argument regarding economic development might have some truth and value within it. In order to be really certain about what important decisions were involved in the initiation of this project, I need to improve my knowledge base related to the construction of this dam. 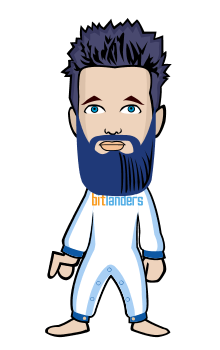