The Definition of Harddisk

Hard disk is medium data storage on a computer that consists of a collection of magnetic hard disks and spinning, as well as other electronic components. Hard disks use a flat disc called the platter, which on both sides are coated with a material that is designed to be able to store information magnetically. Platter-platter by punching holes in the center are arranged and rearranged on a spindle. Platter spinning at very high speed which is controlled by the spindle motor that is connected to the spindle. Special literacy electromagnetic tool named head mounted on a slider and is used to store information in a disk or read. Slider mounted on the arm, all of which are connected mechanically to a single collection on the surface of the disc and is connected via a device called the actuator. There was also the logic board to regulate the activity of other components and communicates with the PC.

ATA / EIDE. EIDE hard disk (Enhanced Integrated Drive Electronics) or ATA (Advanced Technology Attachment) is the latest version of a stAndard disk interface suitable for connection to the bus. Many manufacturers have a range of disk with a disk interface EIDE / ATA disk can be connected directly to the PCI bus and roomates which is used in many PC (personal computer).

SCSI. Many disks have interfaces designed for connection to a standard SCSI bus. The disks tend to be more expensive, but have better performance which is possible due to excess SCSI bus than the PCI bus. Access to the same can be done for many disk drives as the drive interface is actively connected to the SCSI bus only when the drive is ready to transfer data. This is especially useful in applications where there are a large number of requests for small files, which often happens in a computer used as a file server.

RAID. Promises great performance and provides a large and reliable storage. Disk is used both in high-performance computer and in systems that require dramatically higher reliability than normal levels. However, with the decline in prices to a more affordable level, the disk becomes more attractive even for a computer system with size – average.

SATA. SATA hard disk of the type (Serial Advanced Technology Attachment), the disk interface ATA (Advanced Technology Attachment) by using the serial version of the thin cable that has small wires. Total about two-thirds of total hard drive cable with type EIDE or ATA disks are numbered 39 pins and SATA has very high speed data transmission and reducing latency. So, this serial bus is able to exceed the speed of parallel bus. 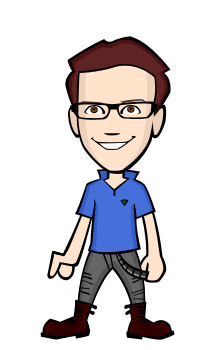