The study of history requires investigation, imagination, empathy, and respect. Reverence just doesn't enter in it. '

Writers of history called historians, get their knowledge of the past from three main sources: earlier

Another source sometimes used is the spoken word of people who have taken part in an event or have been told about it by others.

The earliest history of all was spoken history. Stories of great people and great deeds were passed by word of mouth from on generation to another. The next stage was written history. The Babylonians were keeping a written record as long as 3000 B.C. But historians have made much greater use of later writings by the ancient Hebrews and Greeks.

The word history comes from Ancient Greek (historia), meaning "inquiry", "knowlegde from inquiry", or "judge." It was in that sense that Aristotle used the word " Peri Ta Zoa Historiai"Inquiries about Animals." The ancestor word is attested early on in Homeric Hymns, Hiraclitus, the Athenian ephebes'oath, and in Biotic inscriptions (in a legal sense, either "judge" or "witness", or similar).

The Greek word was borrowed into classical latin as historia, meaning investigation, research, inquiry, account, description, written account of past events, writing of history, historical narrative, recorded knowleged of past events, story narrative.' History was borrowed from Latin (possibly via Old Irish or Old Welsh0 into Old English as ('history, narrative, story') but this word fell out of use in the late Old english Period.  (read more here: Wikipedia) 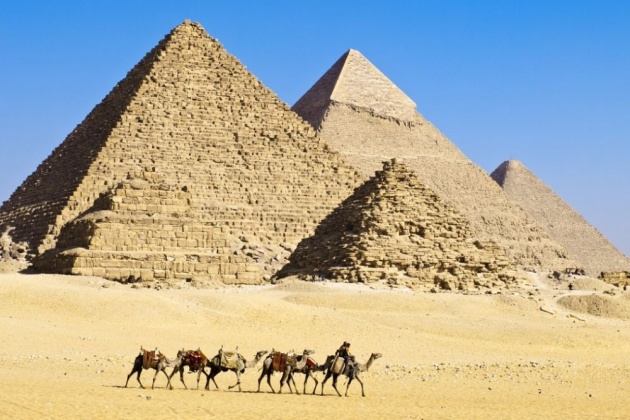 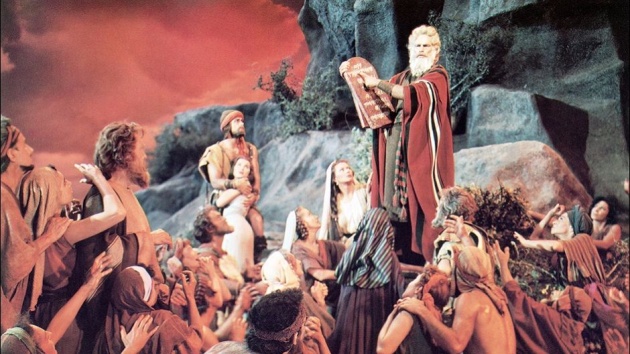 EARLY VIEWS OF THE PAST

The ancients Hebrews believed that events of the past had a meaning and gave a direction for the future. They wrote honestly, without trying to explain away their defeats or weak leaders.

The ancient Greeks believed that historical cycles of events were directed by the gods, who in moments of anger could wipe out everyone and everything and start again. Although the Greeks had little faith that man could better his lot by learning from the past, they did try to write accurate accounts of history. Herodotus, a Greek who lived in the 5th century B.C. is often called the father of history because he was one of the earliest writers to try and find out the truth about historical events. Herodotus wanted to explain why an event happened as well as the event itself. Before he wrote his account of the war between Greeks and Persians in his own country, he traveled widely and questioned many people. 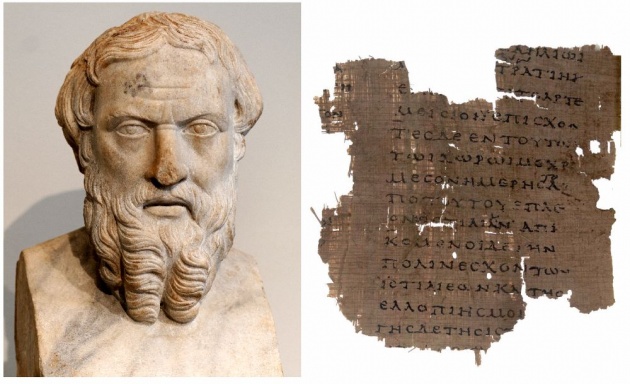 During the conflict of the Greeks and Persians, Herodotus was seeking the main cause of the of war.

From the day when the Researches or Histories began, Herodotus explained the subject matter of his pieces:

Here are presented the results of the enquiry carried out by Herodotus or Halicarnassus. The purpose is to prevent the traces of human events from being erased by time, and to preserve the fame of the important and remarkable achievement produced by both Greeks and nonGreeks; among the matters covered is, in particular, the cause of the hostilities between Greeks and non-Greeks.

After Herodotus, a Roman writer, Livy(59 B.C.17), took the next big step in the writing of history. He was the first historian to use official records and documents as a basis for his work, a history of work. 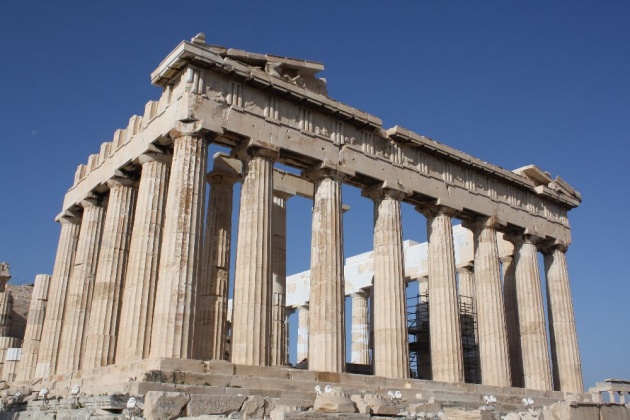 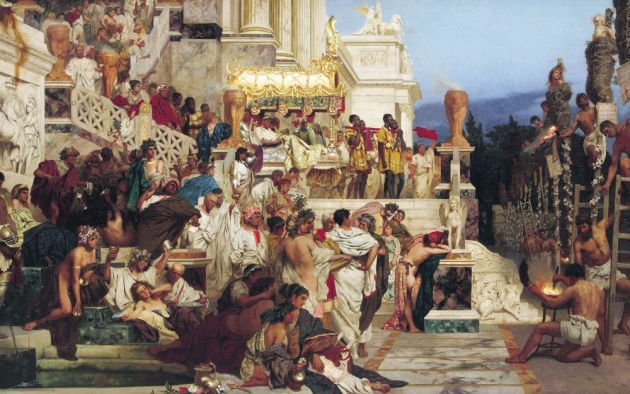 From about the 5th history to the 15th, history was generally written by Christian scholars. As barbarian armies spent over England and Western Europe, monasteries were the few places were scholarships continued.

King Alfred, who reigned over most of England in the 9th century, encouraged to a group of monks to start a history of England. The work, the called The Anglo Saxon Chronicle, was continued by later monks. This book is a valuable record of English life in this period. 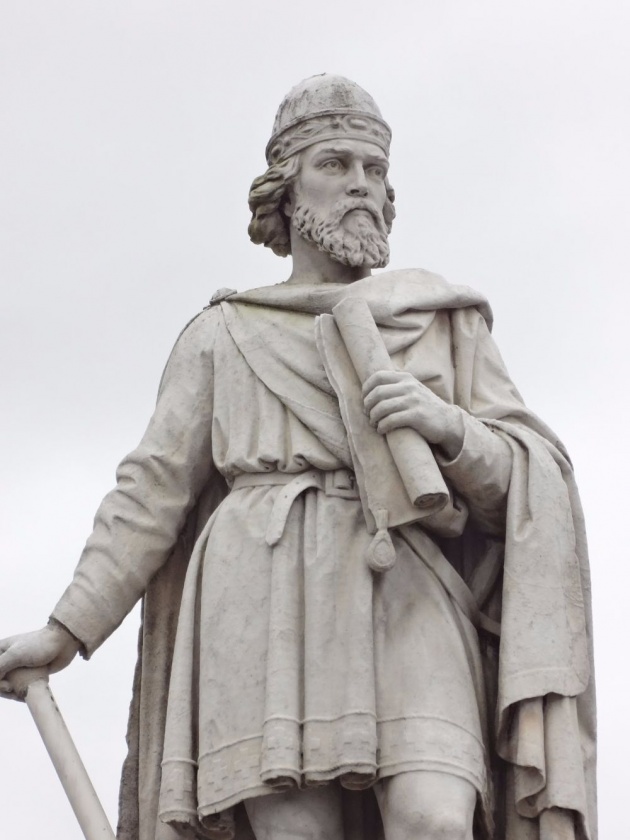 The Different Versions of the Book:

Because histories were written mostly by religious scholars at this time, the writing reflected their author's religious views. For this reason, these historians were not always objective.

The in 14th, 15th, and 16th centuries history was studied from a new viewpoint, quite apart from religion. This new approach to history took place at the time of the Renaissance a great flowering of art and scholarship that began with the rediscovery of the art and literature of ancient Greece and Rome. Poets, statesmen, and historians of these earlier times were re-read and imitated. 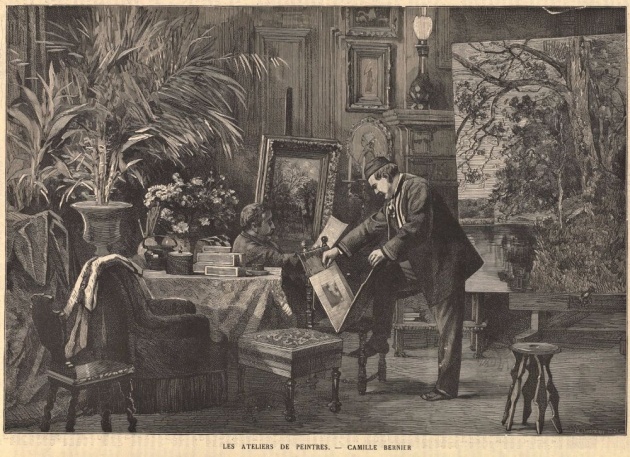 As the scholars of the past were re-studied, historians began to compare the history of ancient times with their own eras. Those comparisons were the begging of a principle that we still believe in that past events in the history help us to understand the present.

THE AGE OF REASON

In the centuries following the Renaissance, a new view of man began to be held by more and more people. Traditionally, Christians had believed that man had been in a state of goodness in the Garden of Eden, but had disobeyed God and therefore became naturally evil. The new idea was that man was naturally good, a creature of reason with the ability to think of himself. This belief in man's reason was widespread by the 18th century, which became known as the Age of Reason.

The historians and philosophers of the 18th century believed that if all the old superstitions and traditions (including Christianity) could be swept ways, society would develop in new and better ways. This view was reflected in the history written during this period. Many of the traditions of the past were criticized.

Historians were able to study information and new records that had been found by archaeologists. Edward Gibbon (1737-94), who finished his Decline and Fall of the Roman Empire in 1788, and others, examined these records with a new awareness and care to make sure of accuracy and reliability.  New traditions of record-keeping were started his attempt to make historical writing more truthful.

During the American Revolution, when the 13 colonies broke away from England, records of the event were carefully preserved. By doing this, the people who lived then made sure that later generations would have an accurate account of a great historic event. The colonies also explained their reasons for breaking with England, by mentioning past unfair actions to prove their case. Thus, they related past experience to present changes, as we today. 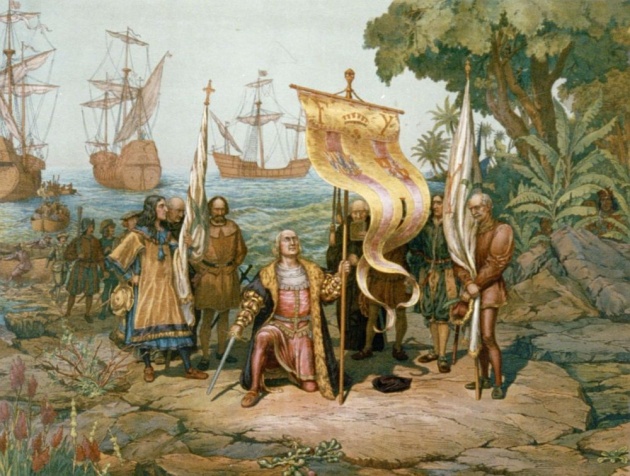 Steam Age ( above): The steam-engine was invented by James Watt in 1769. Air Age (right): The Wright Brothers made the first powered flight in 1903. 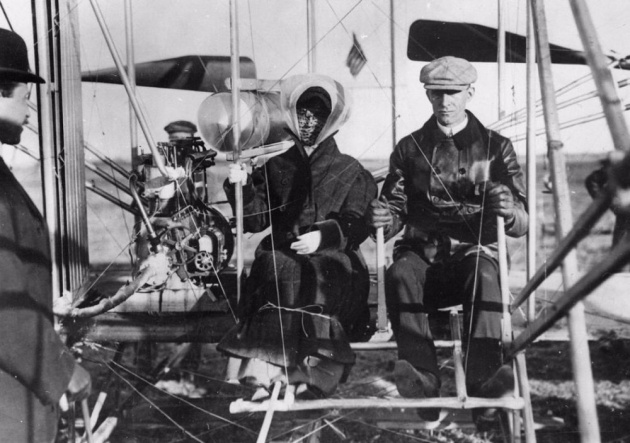 Today, historians generally follow a method begun by Lord Macaulay (1800-59), an English historians. He dealt with people's social conditions, the jobs they did, their religious feelings and behavior as well as political events. Nowadays, histories include explanations of a nation's way of life, which may help to explain the great events of the time.

Often, several historians work together on a major history. Each one contributes chapters on the subjects and periods about which he is an authority. Today's historians have an enormous amount of material available to work from. That is why so many of them specialize in one period in depth.

The historian E.H Carr from Britain in 1961 quoted:

The line of demarcation between prehistoric and historical times is crossed when people ceased to live only in the present, and become consciously interested both in their past and their future. History begins with the handling down of tradition; and tradition means to carrying of the habbits and lesson of the past into the future. Records of the past begin to be kept for the benefit of future generations.

WHY WE STUDY HISTORY 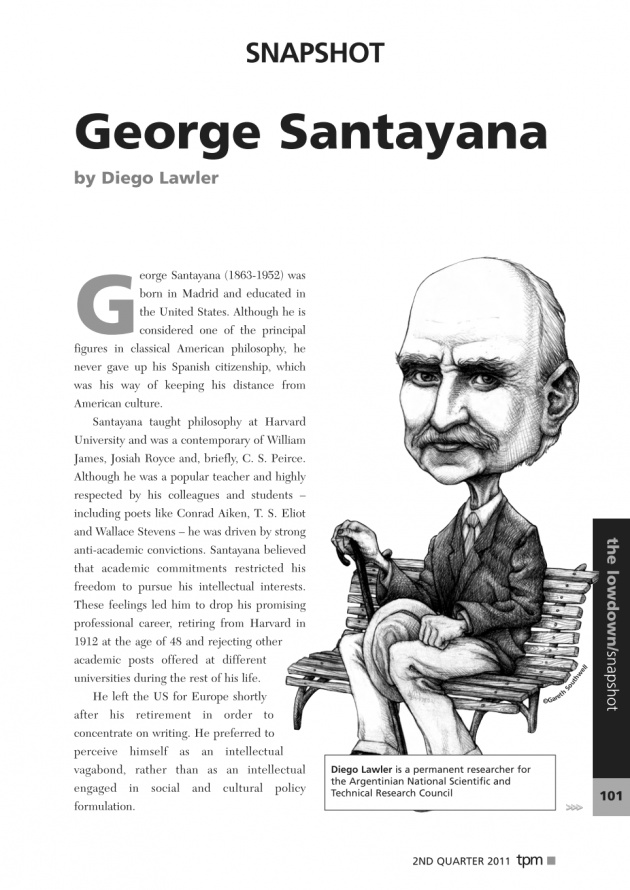 ' Those who cannot remember the past are condemened to repeat it.'

History is a record of human experience. From it, we can learn how to avoid the mistakes and disasters of the past. From history, we can also learn how man has been able at times to overcome obstacles and build a brighter future.

History narrates the story how the world was made and of mankind from the Early Middles Ages until today. We can read and learn about events that happened before history was written down, about the first civilizations and about man's triumphs and defeats throughout the ages. Today's events are tomorrow's history, so there are books, too, about the latest innovations and the relationship in today's complex world.

The list credits, by the article, other sources of illustrations, used by the author The Drama of History. Credits are listed below by separated comma:

All rights reserved. No part of this Article

may be reproduced without special credit in

writing from the publishers in