Seven days after Christmas is another global celebration. New Year's Day! The beginning of another year is important so most of us welcome it by celebrating grandiosely just like how we do during Christmas, but in a different way. I know every country has their own traditions and superstitions on New Year's Day, particularly on New Year's Eve, so let me share to you how Filipinos celebrate and welcome New Year's Eve!

You may also want to read about:

FILIPINOS ARE FESTIVE AND SUPERSTITIOUS 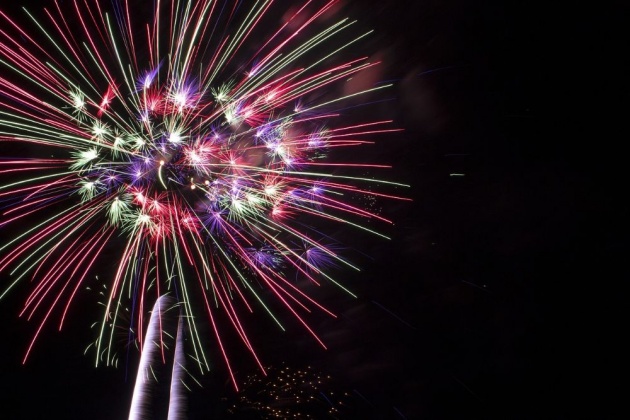 Filipinos are known to be festive and joyful people but we can be superstitious too. This goes back to the precolonial period of the Philippines. Our ancestors believed on deities, spirits called "anitos", and the highest God named "Bathala". Their religion back then was Animism, where people believed that nature and all things have life and are sacred so they learn to treat everything with care and respect.

Aside from the influence of our early ancestors, the colonization of Spain had greatly influenced the succeeding generations of Filipinos through the introduction of Christianity. China also have massively influenced Philippines. Although not a colonizer, the Chinese were involved on the barter trade in the Philippines and had a special relationship with the country even before the Spaniards came.

Having a special bond, some Chinese have decided to settle in the Philippines. It is the reason why there is a big Chinese community in the country, and so it is not surprising for Filipinos to adapt some Chinese superstitions as well. Chinese are known to be very superstitious. The best proof would be feng shui. The Filipinos' beliefs and superstitions we have today is diverse as it is a combination of the influences we got from our ancestors, colonizers, and other foreign inhabitants in our country.

New Year's Eve is probably the only time when making a deafening noise is allowed. It is believed that making noise on New Year's Eve drives away bad and negative spirits and energies. Filipinos use anything to produce loud sounds like a wok then hitting it with a ladle. Some use basins too. The more creative and louder, the better! Children would blow party horns too. Some would even tie empty metal cans on their vehicle with a string then drive around the street while honking their horn. Speaking of vehicles, people start their vehicles on midnight, making noise with the horn and engine.

Of course, part of making noise during New Year are firecrackers and fireworks. People can light up firecrackers and fireworks on the streets so it is not advisable for people to travel or stroll on the streets during New Year's Eve. The streets becomes dangerous and seemingly becomes a battleground. Meanwhile, the sky becomes a huge canvas for the bright and colorful fireworks. Despite providing entertainment to people, they can be very dangerous too, especially the strong firecrackers. Lots of people become victims of firecrackers so the government has been prohibiting the manufacturing and selling of these kinds of firecrackers in the past years. This prohibition was even more strictly implemented when Mayor Rodrigo Duterte became the President. 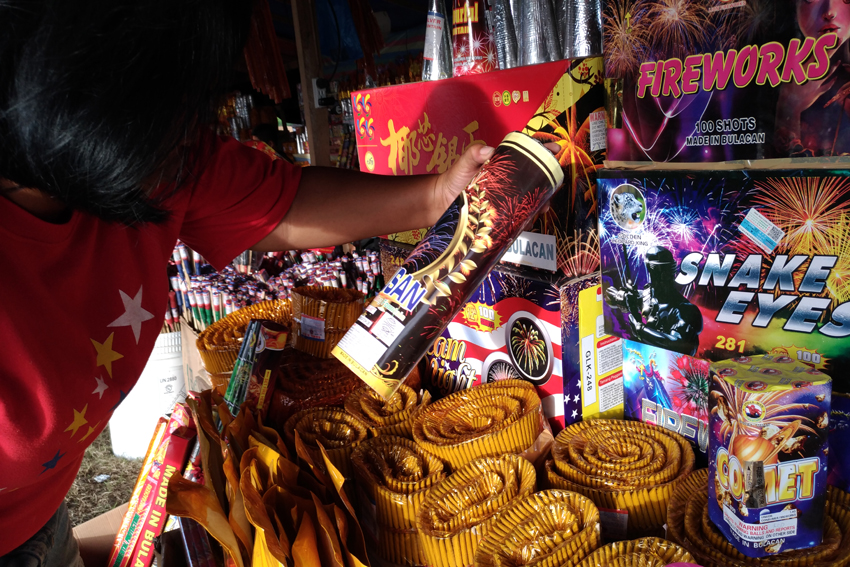 I support the banning of powerful and dangerous firecrackers. It does not only lessen the casualties but also lessens air and noise pollution. Imagine how much our nature suffers every New Year with all the firecrackers and fireworks blasting. To help people celebrate New Year safely, the government have also designated firecracker zones now on some towns and cities where people can light less powerful firecrackers. The area is also supervised by probably police or volunteers. People know that using firecrackers and fireworks have been a part of Filipinos' New Year tradition, so all they could do is to help them stay safe and repeatedly give them reminders. Some malls have a pre-New Year or post-New Year fireworks display too.

In Pogo Grande, a street in Dagupan City, they have a tradition of lighting thousands of triangle-shaped firecrackers at noon of January 1. They tie firecrackers with a string and hang it on the street. The show lasts for about an hour, if I heard the rumors correctly. This attracts lots of spectators, though this place might not be for you if you are sensitive to smoke. This tradition is what made the street famous every New Year. But this tradition going on for 17 years was stopped since 2017 in compliance with the government's regulation of using firecrackers only on designated areas. (Read more HERE.)

At home, we make noise with woks, bells, party horns, and starting the car. You may wonder what I love doing during New Year's Eve. Simple. I eat! 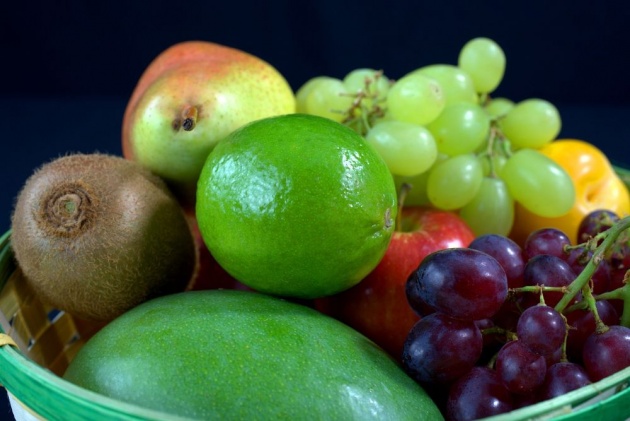 Okay, so what is New Year's celebration without foods for "Media Noche" ("Midnight" in English)? Rich or poor, whatever your social status is, Filipinos will always have something on their table and most of it are foods that are believed to bring good luck and prosperity to the coming year. Having 12 round fruits of different kinds, pasta or noodles, delicacies like sticky rice cakes, and more. Luck associated with foods are influenced by the Chinese. (Well, even some Filipinos celebrate Chinese New Year even though they are not Chinese!)

However, people avoid eating chicken because it is believed that you'll be struggling for the entire year next year if you eat it on New Year's Eve. I just went to the mall before New Year's Eve and I could count the number of customers KFC has with only my fingers on one hand. People in the mall were mostly buying pizza. I guess any round-shaped food is alright.

We don't prepare lots of foods on occasions such as this because we're just few at home. We usually eat the remaining "hamon" (or Christmas ham) we had during Christmas then buy pizza, ice cream, and noodles like pancit bihon. My mother also makes a dessert made of tapioca pearls and sliced bananas with milk. Sometimes we make salad too. 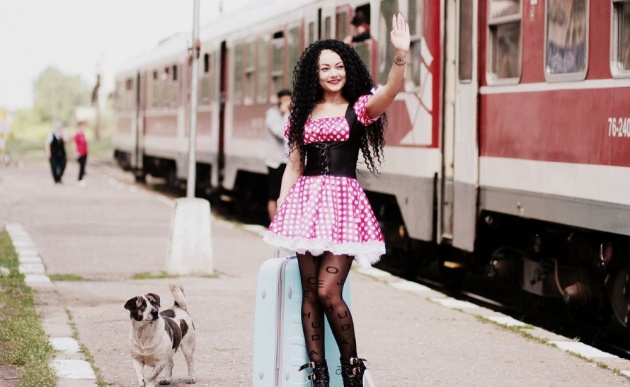 Circles doesn't only apply to foods but to your clothing as well. It is believed that wearing something with polka dot print will bring the wearer luck and more money. Polka dots is considered lucky because it is of the same shape as coins. I don't have a polka dot shirt or dress so I just wear something which has a red color. Wearing red clothing in New Year is also considered lucky. This year, I will defy the superstition and wear a green shirt because green is for "$$$". (Kachiiiing!!!) 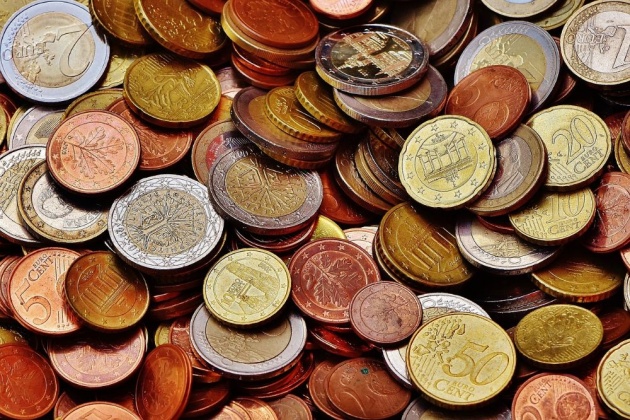 Tossing coins in the air and letting it drop on the floor is also believed to call luck and wealth at home. This superstition is practiced by a lot. One proof was people exchanging their paper bills to coins when we got the earnings from our computer rental business yesterday. We don't toss coins here at home because we have lots of things everywhere. The coins may just get stuck somewhere and will be difficult to retrieve. Instead, one of my brother would just put coins in a plastic bag then shake it.

■ TURNING ALL THE LIGHTS ON 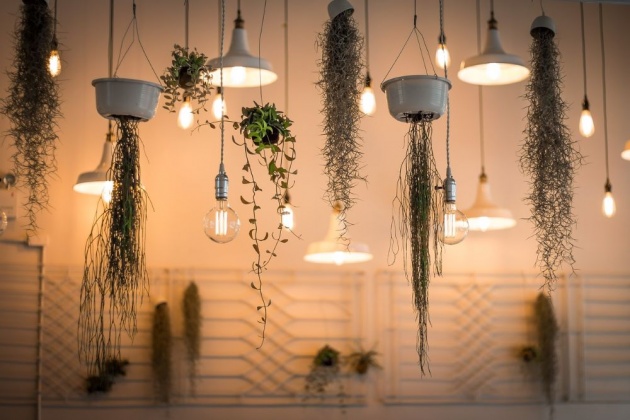 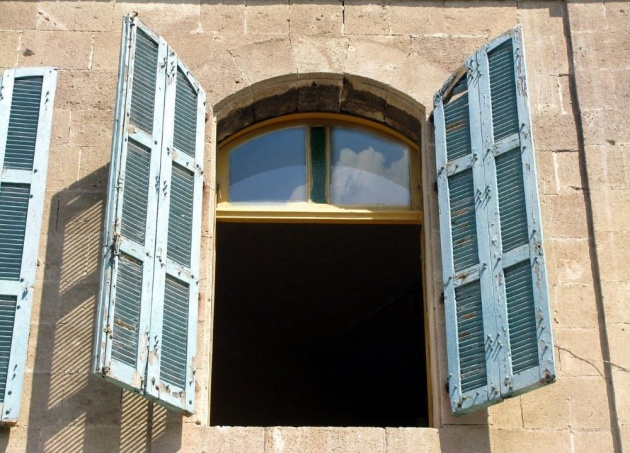 You should open your doors, windows, even cabinets and drawers to let good luck enter every part of your home. There's nothing to lose by opening doors, windows, or anything in your home. Just don't display expensive things which can be seen from your doors and windows as you may attract thieves instead of good luck. Oh man, that's a real bad luck so be careful with this superstition. 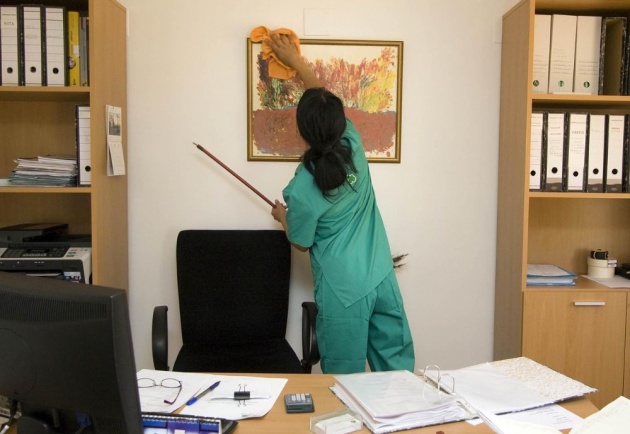 Cleaning or sweeping the floor on New Year's Eve is a big no-no and a sign of bad luck. It means you are sweeping good fortune out of your home. Maybe just let the dirt sit in your home for a while and just feast on your Media Noche foods. 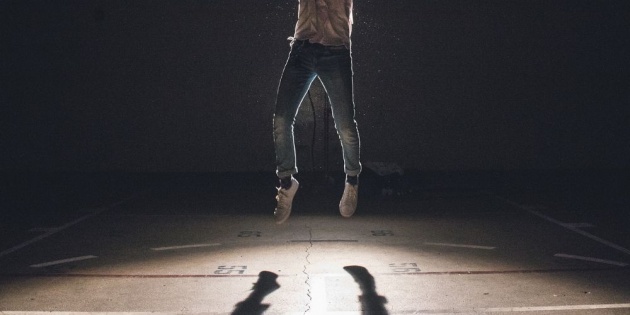 Last but not the least (and my favorite) is jumping 12 times so you'll grow taller. This is mostly done by kids and maybe some adults too. Out of desperation to grow taller, I do this almost every New Year's Eve. I have nothing to lose so why not! But I'll tell you, this superstition is very unreal! I never grew taller at all. Such a scam superstition! (Lol.) I'm so hopeless that I even believe jumping at New Year's Eve will make you taller.

A HAPPY AND PROSPEROUS NEW YEAR! These traditions and superstitions is what makes Filipino New Year celebration fun and colorful. Just remember not to rely all your fate with superstitions. There is a reason why these practices are called superstitions. Luck won't come to you no matter how much you practice a superstition if you don't make something to achieve it. In addition, don't overspend for New Year's Eve because that is major bad luck. Why? Because you'll have no money on the first day of the year! Change yourself for the better, do something to reach your ambitions, have a positive outlook in life, be grateful, and don't forget to pray. I guess these are the best ways to attract luck and prosperity in your life. Anyway, there's nothing wrong with doing the superstitions for New Year. It's fun!

As I am writing this entry on my notebook, it's thirty minutes before the clock strikes twelve, so "Maligayang Bagong Taon sa Inyong Lahat!" (Happy New Year, Everyone!) May we all have a more blessed and prosperous 2019!