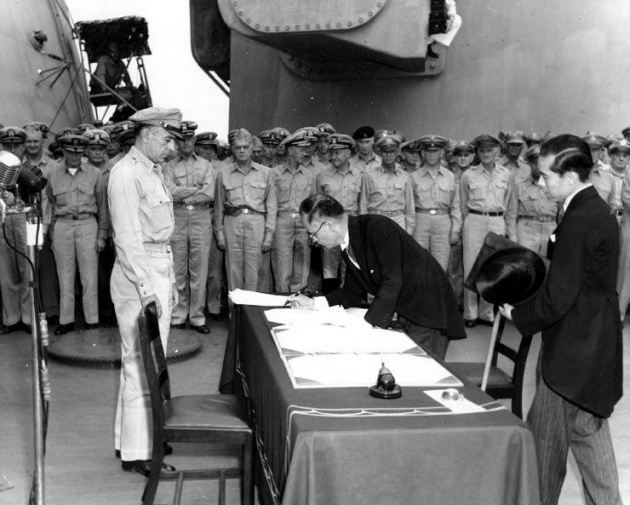 September 2nd 1945 was the formal end of the Second World War. On this date, Imperial Japan signed the surrender documents on the deck of the US battleship, USS Missouri. Although they had actually surrendered on 15th August, this was the date that they officially did so, marking the end of the bloodiest conflict in history.

Germany had already surrendered in Europe some months prior - the official end to the European part of the conflict is on 8th May, Victory in Europe, or VE, Day.

Despite Japan and Nazi Germany being allies, there was not a whole lot of interaction between them, as they were on opposite sides of the world. Instead, World War II was essentially two separate conflicts happening at the same time, with some of the same combatants fighting in both. The Soviet Union, for example, was not a combatant in Asia with Japan.

Image Source: Impawards.com Hello, everyone, I hope you would have liked my earlier review on movieB…

"Peace For Our Time"