The future of wonders

The future of wonders 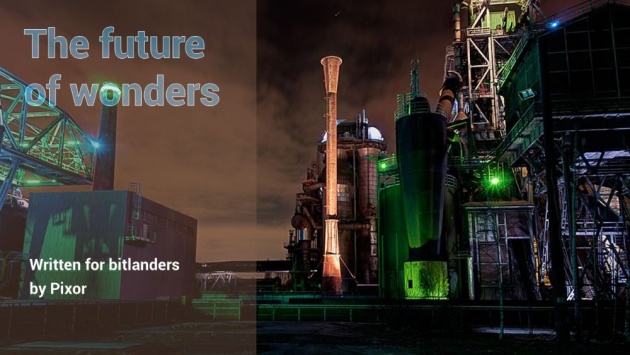 Internet, robots, interstellar travel, tablets and smartphones, hoverboards, atomic bombs, 3D glasses, Kinect, video calls, electric cars, ultra-thin televisions, genetic manipulation, electric or supersonic hybrid cars : the almost totality of the technologies mentioned are not strange at all nowadays, all of them are so deeply rooted in our culture and in everyday reality that their marvelous complexity has even lost its appeal. Considering the current level of technology and science and the direction in which they are moving, I have tried to collect the six major technological challenges of the future that will engage scientists, artists, engineers and technicians in the next years and that will radically change our habits, our condition of life, our society and our cultural horizon.

Often the border between science and science fiction is very thin; what makes the difference between reality and fantasy is the technology available. Many writers and scientists of the past imagined, wrote and discussed about futuristic technologies that were absolutely far from the reality of their time; in fact, their technology had not yet reached an adequate level to start the planning and design process of these devices, which is the bridge between reality and fantasy. Authoritative examples were Jules Verne, who wrote in his books about electric submarines, the trip to the Moon (from Earth to the Moon) with the relative ditching and landing maneuvers in the Ocean of the return capsules, newscasts, solar sails, electric guns , video conferences, lunar modules, aerial writings, splashdowns; and what about the engineering and genetic manipulation of Aldous Huxley or the geostationary satellites of Arthur C. Clarke (Wireless World, 1945), which would have allowed to bounce telecommunications signals from one point to another within their field on Earth visual? And, more, Asimov's robots, the idea of radar by Hugo Gernsback (expressed in Ralph 124C 41+, 1911), which anticipated its release of about twenty years; the H.G. Wells' atomic bomb in The liberation of the world in 1914, followed by E.E. Doc Smith (The lark in space, late 20s) and Cleve Cartmill in a story on the magazine Astounding Stories.

Even the cinema has given to science fiction that it has become a reality - one could call it ex-science fiction - its contribution: from Kubrik's "2001: A Space Odyssey" to "Star Trek" from "Back to the Future" to "I, Robot" many of the visionary technologies of the directors have now become so common that they appear even trivial to a spectator watching one of these movies today. In Back to the Future 2 appeared Nike Air Mag that have fastened on their own and created for real by Tinker Hatfield, the video glasses and 3D movies made by Google (Google glasses) and Sony with its 3D helmet, video conferencing, ultra-thin TVs, tablets, videogames without joysticks (Kinect comes close to it), hoverboards and biometric technology. All devices and techniques widely used nowadays. Having said that, we analyze the future scenarios and the challenges that science and technology will have to face in the future. 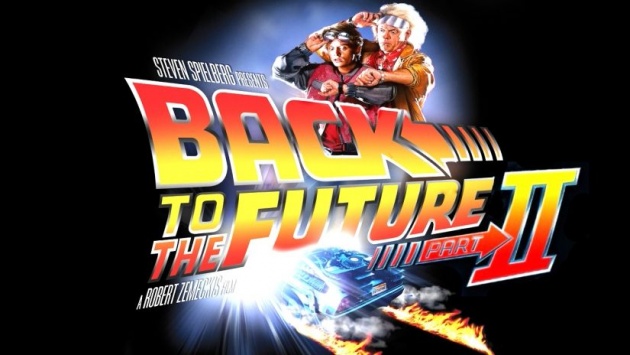 William Gibson was the first to imagine a scenario in which all the electronic devices were connected to each other within a global network: the Internet, precisely. He wrote in Neuromancer in 1984 about cyberspace, data theft and hackers. Asimov also talked about it, who imagined a network of miniaturized devices (compared to the huge computers of the 60s), arranged in every public building and in every home, from which to download data present in huge databases (Multivac). Today, personal computers have extremely small dimensions and extremely large computing capacity; every day on the network the data traffic is continuously increasing. A huge contribution is provided by HD movies, whose data volume represents the majority share among all the circulating data; this share will continue to increase in the near future. The growing volume of data and the physical limits of semiconductor storage devices will make it necessary the strengthening of the Cloud and, therefore, the creation of a computer infrastructure in which all data will be stored no longer in physical memories but in the cloud. The number of gadgets connected to the web will increase to 50 billion: smart sensors in shoes, asthma inhalers, medical devices of all kinds, video surveillance systems. The growing improvement in the quality of these data and the consequent size will require an increase in the bandwidth and speed of the Internet that will necessarily have to evolve towards the ultra-broadband. 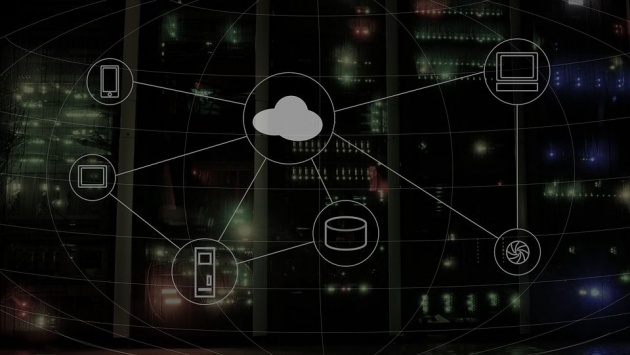 However, the ease and speed with which it will be possible to access information, simply by asking the machines to do research on our behalf will leave little room for independent research and old mental work; this will make the man less intelligent and less autonomous.

In recent years, the ever-decreasing amount of oil available has prompted scientists to look for different and increasingly efficient energy sources. Solar energy is one of the cleanest sources. The efficiency of the photovoltaic cells is growing more and more: at the moment the MIT has produced an ultra-thin technology (50 times less than a hair) that allows to produce a quantity of power equal to 6 watts per gram against the 0.015 of the current solar cells. 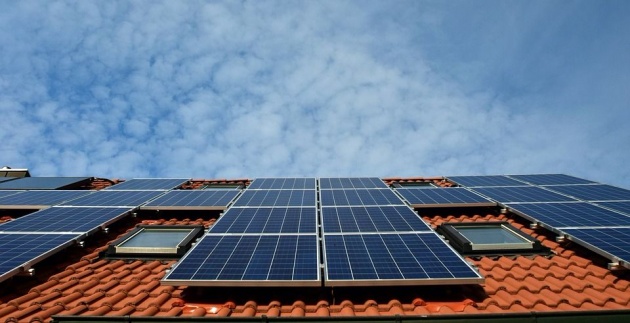 The increase in electricity production efficiency will make this asset cheaper and easier to transport even in underdeveloped countries, greatly improving the living conditions of those populations. Thanks to the improved living conditions and the simplicity of energy production, a city of one million people will be born every month.
The climate impact of human activity on the planet will be radically reduced thanks to hybrid or totally electric cars that will be cheap for everyone.

Examinations
One of the most fascinating challenges of medicine is to decode the human brain language: the neurohacking. At the present time we know different brain mechanisms, the areas involved when we listen, we look, we imagine, we feel joy, pain, suffering, anger, depression. And if you could read the thought of a person? Well, a team of Italian scientists has produced a software that can tell whether a man is watching an action or listening to something. This technology will be useful to design human-machine interfaces that will help people with severe disabilities such as paralysis and autism to interface to the world in a normal way. Another brain scanner (iBrain) has even been tested on Stephen Hawking. 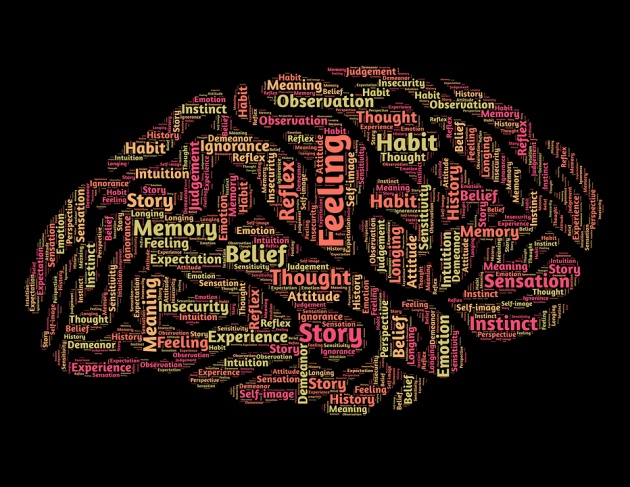 The introduction of nano smaller and more intelligent robots will help to greatly improve the surgical techniques and the transportation of medicines in localized areas of the human body in a non-invasive way, allowing to reach areas otherwise inaccessible from the outside or too dangerous to reach with the current surgical techniques. Examples of such robots are already existing as the OriRobots developed by MIT which, thanks to peculiar magnetic fields, can assume the shape required and crawl and transport heavy materials twice their weight. Furthermore, the fact that they are soluble in water makes them perfect for applications within the human body.

In addition, a LASER can suture cutting injuries or surgical cuts efficiently and quickly (www.youtube.com/watch?v=obtToaHGa9k).

The transports will become hyper-fast. HyperloopTT, the supersonic train which will connect Chicago to Cleveland at a speed of 1200 km/h in just 28 minutes will soon be a reality. 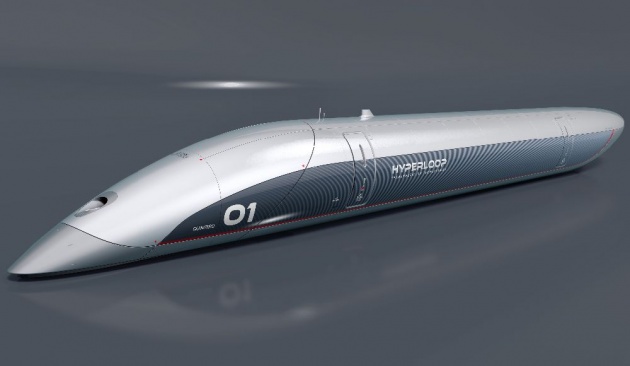 If, however, you are forced to fly, well in 2021 will arrive S-512 Quiet Supersonic Jet that at a speed above 2000 km/h will connect London to NY in just 3 hours.
Moreover, the growing interest in Mars and the colonial projects, albeit theoretical, will allow men to travel in space to the Moon or Mars as on a scheduled flight

3D printers already exist but are not accessible to everyone. In the future they will be and this will allow to increase the possibility of realization of any project by anyone: from the draw of a child to the construction of entire cars, trains or aircrafts such as the Airbus A350 XWB. In addition, Professor Hod Lipson of Columbia University is studying their use in the culinary sector to prepare dishes that are as nice to see as good to eat.

Artificial intelligence is currently widely used in multiple situations: Google, videogames, voice assistants (Cortana, Siri, Amazon Alexa, Google Now). The research is oriented towards the production of increasingly intelligent machines, capable of deciphering human emotions and interacting accordingly. Examples of this type of behavior are provided by Kuri, who does not slam and does not fall and interprets expressions and phrases, responding with lights and sounds; 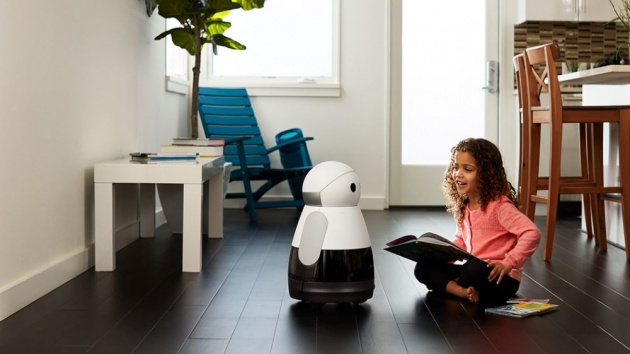 Geminoid, the robot clone of its creator Hiroshi Ishiguro, designed to have his own personality or almost;

KiroboMini, the robot of Toyota that entertains motorists in traffic and advises them songs that relax them, when they are too restless, and shorter routes.

A further and interesting robot is the Mobile Robotic Fabrication System for Filament Structures designed by Maria Yablonina who builds structures in carbon fiber by spinning them like a spider. This type of robot could build entire temporary and mobile buildings and factories. 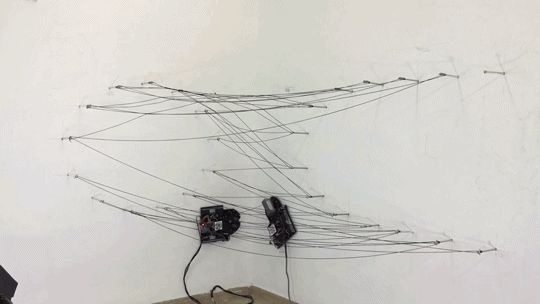 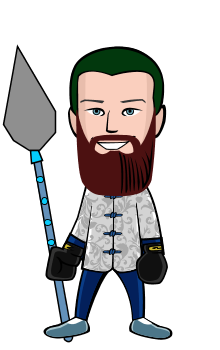 Poet, writer, naturalist philosopher, athlete, songwriter, photographer. I'm nothing of all this.