The genocide of Muslims; bodies burnt in streets of Central African Republic

Few days ago one of my friend sent a link of news to me, it was about 56 year old male nurse who planned to rape, murder and then eat the flesh of sixteen year old girl. it was really yuk, but today when i was sitting idly and i started searching on cannibalism, while searching i came across a story about a person name as Mad dog who was cutting the flesh from a body who was on the fire and was eating the leg of that burnt body, the picture was caption that a mad dog ate the leg from the body of lynched Muslim. It really shocked me, i forgot what i was searching and begin searching about this story more i searched more i know how the human rights are getting violated in Central African Republic and how the majority christian group name as "anti-balaka' group. In one of interview the head of this group said that they will not sit quietly until then when they clean the country from Muslims. 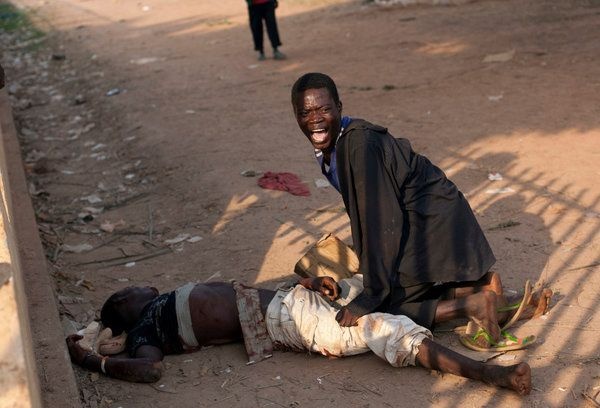 Muslims and christian lived peacefully in the region from many centuries but conflict rose in 2012when the Muslim group name as seleka head resign from the post of president . Well the actual chaos broke in the area when the two groups start their battle for power in this country and which forced to more then six lakh people to move out of their houses, in the 2014 the situation become more worse and now the minority is living under siege and they are encircled by the violent members of anti-balaka group which roam the country to slaughter the Muslim. 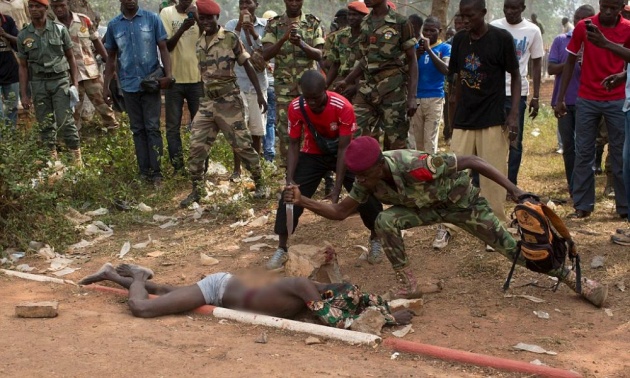 in one interview one of Muslim who is resident of city Boda told the interviewer that they are living in the prison. Their is no way out and the food is very expensive now a days, the french army troops are protecting them if they leave the city they will be killed like many other Muslims.
In last 2 year more then 90 thousands Muslims were killed and about 60% bodies were mutilated,even no one recognize them. in start of month July they killed three Muslim teen boys, the agitated mod remove their hearts and cut their sex organs and burnt the bodies on the street.and now the dead bodies are burning in streets every where in country and the violent Mob roam the streets in range and kill every Muslim which come in their way. 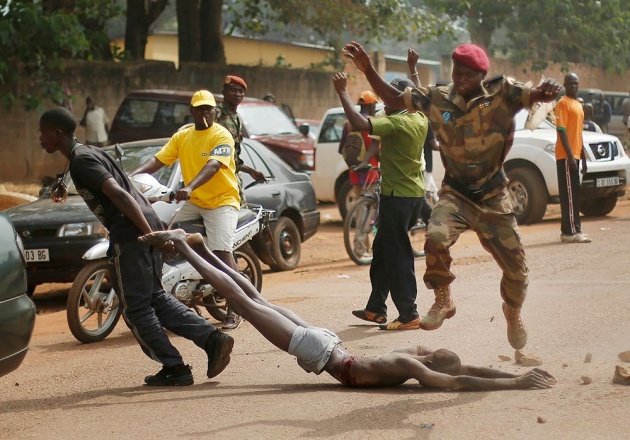 The new president Catherine asked the groups to stop fighting but the situation is getting bad to worse every day. European union said that they will sent more troops to stop these massacre. This all situation sadden my heart and make me think that who are we, we say that we are the superior among animal kingdom but in my opinion human is worse then animals with stone hearts they don't know the meaning of mercy and sacrifice, they just know how to kill and give others pain at the name of power, religion and skin color.