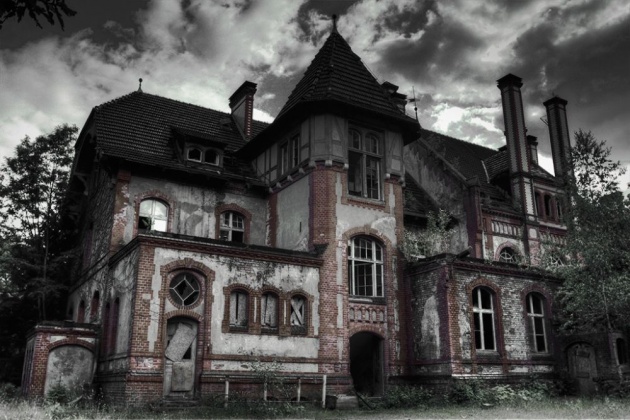 "Hey, why would you do that!" Exclaimed John. "What? You threw the ball so slow, I had to hit it hard!" Replied David. "Nevermind!" John moved on to get the ball, but unfortunately the ball was hit directly into the garden of the Haunted Castle that was nearby. All the teammates gathered at one place and stood there in front of the wall, shakened with fear, thinking and making plans to get that ball. "I will not risk my life do get that stinkin ball, I have not even married!" Said one of the teammate. "Yeh, no chance I am going there" Said the other. "Dudes! We gotta do something man, the market is out of balls, dont you remember what the store keeper said, no balls this season!" reminded John. "Hmm, yes that is correct, what re we to do now?" Said David. "Well kid, you are gonna bring that ball, you hit it, you will do it" Said one of the teammates, and then everyone else, except John, supported this idea. John was stubbourn and accepted to join David. "I don't know if this is good John!" Said David with immense fear. "Don't worry little kid, John is here with you!" Said John, as David raised an eyebrow and looked at him.

John and David tried to climb one of the walls and jump off the other end. David was to go first. As he lifted himself up, he peek a little and saw that huge and ugly looking house infront of him. "Damn!" Shouted David "That house is creepy, infact its so creepy and ugly, its killing my eyes!". He climbed, jumped the other end and landed on his feet. He then saw the ball, just a few feets away from him. "I see the ball John! Hurry and get down here!" John quickly jumped down and stood beside David. David pointed with his finger at the ball. John said" Well, let's get it then, shall we?" "No, what if we die?" Said David with his voice low. "we won't champ! now let's get that ball" said John, comforting David.

As they moved towards the ball, slowly and steadely, the ball moved a bit. "What the HELL! Did you see that!" Shouted David. "Dammit man! You scared the shit out of me! I didn't see nothing! Just SHUT UP and move! And keep your voice low!" exegerrated John. "Sorry!" Whispered David. Then they started moving again, suddenly there was a crack, and then John looked down, to his feet, "Shit". In a flick of a second both of them fell down the hole, which was comaflauged with grass. it was deep and as they fell, their voices became as low...... What will HAPPEN?

Find it out in the 2nd part of this story!