The Legend of Ayrton Senna

Saturday 30th of April 1994 I arrived to the Imola circuit for the San Marino Grand Prix. I was 20 at the time, I was there with a couple of friends. It was for us a long awaited event to go to the circuit on Saturday, and have a sort of party. We went there with a big tent,with a grill, with steaks, sausages, barrels of beers, music and obviously the passion of motorsport. 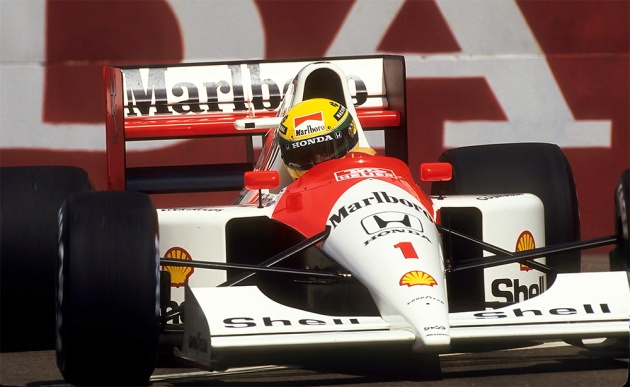 When we arrived to the circuit, close to the famous Tosa curve,the heart of the Ferrari italian supporters and we were preparing for the evening party, we heard the “sound”of F1 engines. It sounded strange, because the qualification sessions had to be finished. In 1994 cell phones, smartphones, 3G networks, computers and all the modern technologies didn’t exist as we know today. We noticed from the radio and from TVs of other supporters that there was a terrible accident occurred to Roland Ratzemberger a driver of a minor team called Simtek. For this reason the qualification session was postponed. 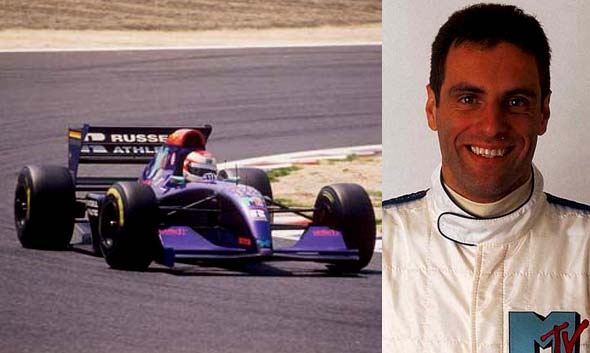 After a couple of hours we knew that Roland died at the hospital of Bologna. The euphoric mood of the tailgating party changed to a sad atmosphere, but we tried to react and enjoy the evening and our special weekend. 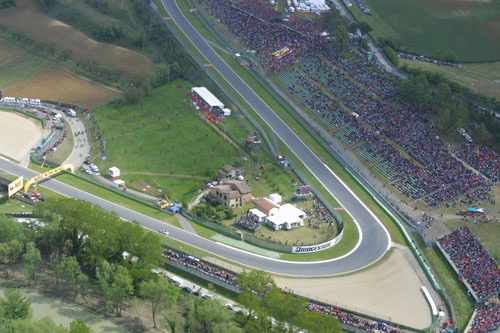 At the dawn of the 1st of May we went to the Tosa curve to save a seat with a good visibility, because the seats were not numbered. We awaited there for the following 4 hours for the warmup of the Formula 1 cars. When we heard the sound of the 10 and 12 cylinders engines we instantly forgot about the terrible accident of the day before and we felt excited. I remember the standing ovation of all the supporters when arrived all the idols such as Ferrari, Ayrton Senna, and for a new young driver Michael Schumacher. 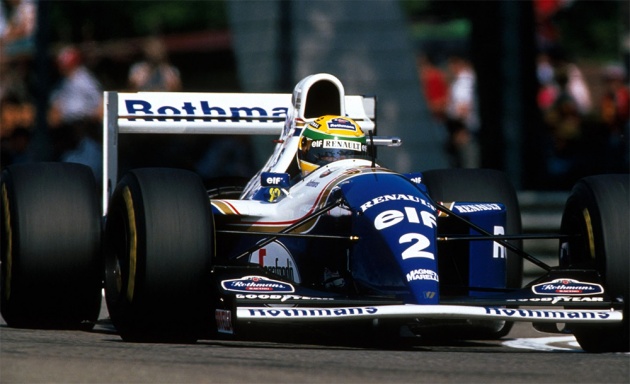 After 30 minutes of warmup, it was the time of the Porsche supporting races. The excitement for the start of the Grand Prix at 2 PM was rising among all the people at the Tosa curve. We were well organized with also a small black&white tv, ridiculous compared to the modern devices, but at the time it was excellent and very useful. There was an accident at the start of the race, with yellow flag and safety car. After the restart and a couple of laps, Ayrton Senna was first very fast and followed by Michael Schumacher. At the five lap we heard the silence. No more engines, but only a terrible silence. We suddenly switched on our small tv to try to connect with the Grand Prix and we noticed that a terrible accident occurred to the leader of the race Ayrton Senna. We saw the helicopter flown away with the hopes of 80000 and more people at the circuit, praying for Ayrton, at the time the major sport “enemy” of italian supporters, but only because he was the best and on the Williams and not on Ferrari. I don’t want to describe again the terrible accident, it was the breakdown of steering and the Williams of the 3 times World Champion went straight at the Tamburello curve at 310 km/h.

We didn’t care anymore about the race results, we didn’t care about the second place of Nicola Larini on our beloved Ferrari, we only care about breaking news about the conditions of Ayrton. The Grand Prix ended and in a very sad procession, all the supporters went back to their homes. During the return trip we noticed from the radio that Ayrton Senna died. I remember only the silence in our car for the rest of the day.

From that moment the history of Ayrton Senna ended and started his legend. I’m here to remember the best driver I’ve ever seen on a Formula 1 car, maybe on the same level of Michael Schumacher, who won that terrible race. In these 20 year I’ve always remembered these terrible moments on the 1st of May, but I’ve always wanted to remember Ayrton Senna on a Formula 1 car and on the first step of the podium, writing about his legend. 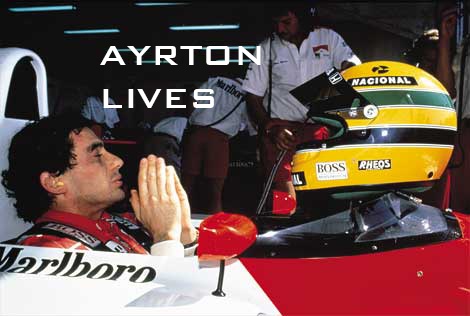