The Media Industry... Don't be put off!!

It has been a VERy long time since I was last on film annex... I've had a very busy few months... I won't bore you with most of it, as there is one rather big reason I dropped off the radar for a long while...

I produced a short film!!

We actually shot last month, and its currently in post at the moment.

Instead of going too in depth about it to begin with, (its my first blog back after all), I wanted to just say some kind and hopefully inspirational words to those who have not long graduated, and are hoping to get into the industry, or even those are already in it... and here they are...

There are some SERIOUSLY nice people in the industry... and through producing this film, I really understood that I have met some amazing people in my time working in it.

I know some people are put off by the industry out there, they hear bad things, they have a bad 1st experience on set where someone shouts at them, someone is rude, unkind or just plain disrespectful to them, be it on a student film, short film or something with higher budget... But I can say with full confidence that these people are quite rare, and the people out there who are like that, have a BAD rep, and people know about it, and its widely recognised... they tend to not make it far unless they have some serious talent. (I even heard about a few people who just lost nearly all their work until they changed their attitudes towards runners!) There are SO many more kind people out there, wanting to help.

With this film, I had the advantage of having worked in the industry for just under 3 years, and 2 of those being in production and coming into contact with both crew members, kit hire places and studio managers, etc, meaning i've met a lot of people along the way.

When I mentioned I was making this film, nearly every single person I asked was willing to help! Whether it be discounts, or giving up their time. My 1st AD gave up the only 3 days he was going to have had off for 3 weeks, my make up artist gave up paid work to help us out (she only told me this afterwards... i'd have forced her to take it!) the DOP gave up nearly 5/6 days prelighting, shooting, and working on all the lighting set ups at home... the list goes on and on! Everyone, from the HOD's, to the electricians, to the Grip who popped by to help rig the camera, to the runners who did a serious amount of running around, all really put their whole heart into everything they helped us with! 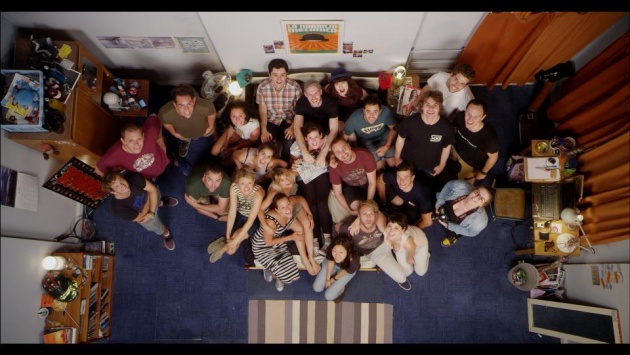 Never in my life have I felt so grateful, to so many people all at once!! On the shoot day everyone had such amazing attitudes, especially considering they were working for free, and I felt honoured to work with such an amazing team, and that they gave their time and energy up for myself and Jack... we hugely owe them one!!

I think it helped that we were very passionate about the project, we were really respectful and grateful to everyone, and we fed everyone nando's for lunch...! (Good catering goes a long way to happy faces!)

There are some fantastic people out there :) I'm really happy to know them!

So if ever you've been put off joining the industry because of some of the people you might come across... the amazing people outweigh the horrible ones, 1000x over! It can be intimidating to start with, but once your past that, its incredibly rewarding!