The most iconic timepieces of the last 100 years

You know something is going to be talked about when it’s made of gold and worn by Beyoncé. And as with any other Apple product, the brand’s new smartwatch is not short of hype. According to CEO Tim Cook, the Apple Watch “will redefine what people expect from a watch”.

“The Apple Watch could be a turning point not just in wrist watches but in wearable technology,” says the editor of watch-enthusiast website Hodinkee (and ‘the high priest of horology’), Benjamin Clymer. “It’s the first piece of mass adapted wearable technology ever. For Google Glass, the functionality wasn’t there (it simply didn’t do what it was supposed to do), it wasn’t attractive as a design object, and it actually had a negative impact on the perception of its wearer, which is all counter to what the Apple Watch will do.”

Yet it can’t escape the fact it is, for all intents and purposes, still a watch. While it can’t compete with a $50,000 (£33,000) timepiece, it is, as Clymer argues, “competing for the same real estate on your wrist, so it will impact the lower end of the watch industry”. Martin Haussermann, the editor of 1001 Wristwatches, agrees. “The Apple Watch won’t affect the luxury watches market – it will affect the quartz market.”

Some argue it will go further than that. “It has the merit of stirring up a hornet’s nest in the Swiss watch industry,” says Régis Huguenin, chief curator of the International Museum of Horology in Switzerland. So what are the timepieces that did the same in the years they were launched? BBC Culture finds the wristwatches that marked turning points when they first appeared – with endorsements from aviation pioneers, deep sea explorers and astronauts. 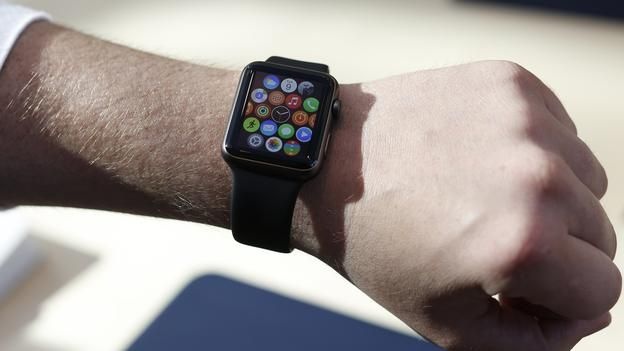