The Origins of the Fortune Cookie: Who Invented It? 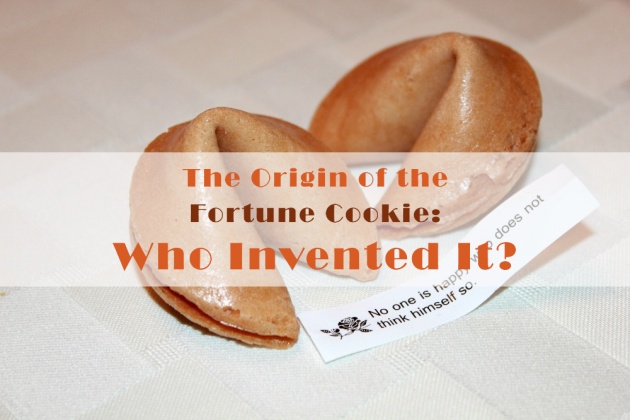 One of the greatest mysteries on Earth is who really invented the fortune cookies? Yeah, this mystery is way up there with the Bermuda Triangle. Kidding aside, the fortune cookie is probably the most interesting food with a very controversial past. Nobody knows where it started and who actually first came up with it. Contrary to popular belief, the fortune cookie that we know today--with its distinct shape and a fortune inside--is not actually made in China (pun intended).

The practice of adding a fortune inside a cookie started in Chinese Restaurants in the US as a response to the growing demand and expectation from the Americans to be served something with an exotic flair. However, tracking the actual origin of the fortune cookie is much harder than we thought. There are several versions of the story about its origins and all of them differ in many ways. So, I guess it's up to us to decide which version is more believable. 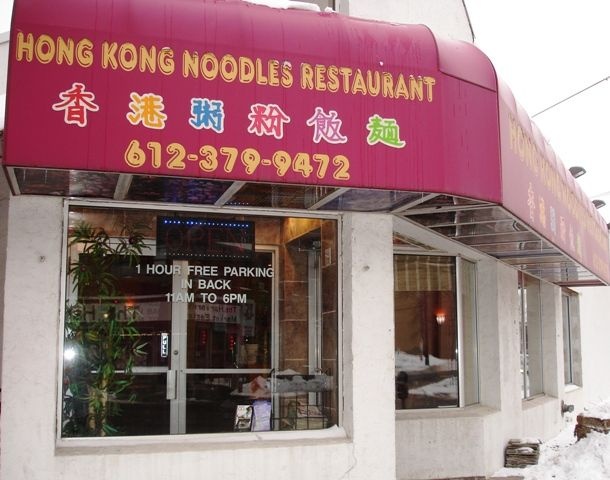 Legend has it that a Chinese immigrant named David Jung, founder of the Hong Kong Noodle Company, invented the fortune cookie in 1918 while living in Los Angeles. Out of concern for the poor, unemployed people wandering near his shop, he created and passed cookies with inspirational Bible scriptures inside them for free on the streets. This is his way of inspiring and motivating these poor people. However, there are no historical accounts to back how and where he got the idea from. 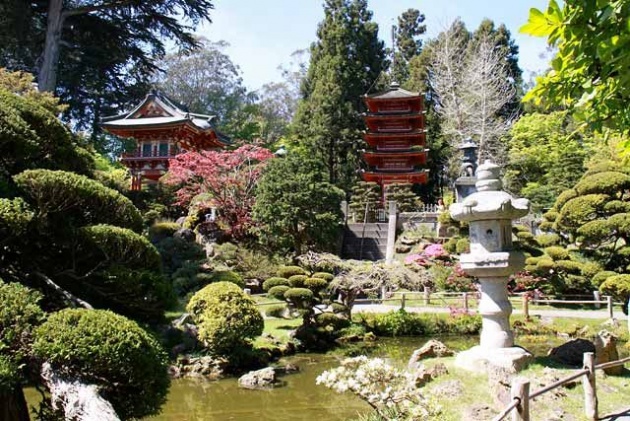 Another popular version of the story claims that a Japanese immigrant named Makoto Hagiwara, a designer of the famous Japanese Tea Garden in the Golden Gate Park, invented the fortune cookie in San Francisco. As the story goes, he was fired by a racist mayor from his job. When a new mayor took office, he reinstated Hagiwara. In 1914, he created a cookie with thank you notes inside to give to his friends who stood by him during his time of hardship to show his appreciation. Soon after, he was regularly serving those cookies at the Japanese Tea Garden. They were even displayed at the Panama-Pacific Exhibition at San Francisco's world fair in 1915. 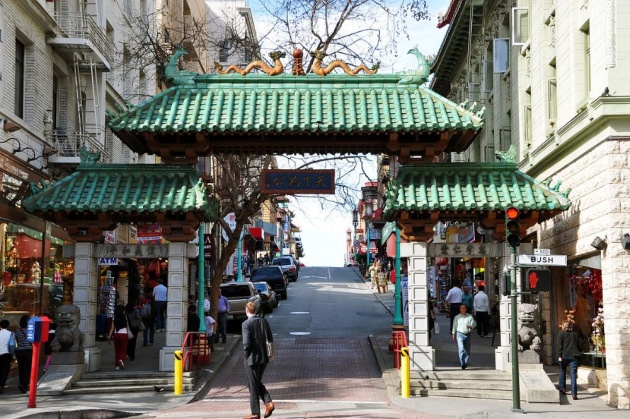 This bit of legend involves a plan to transform San Francisco's Chinatown from a ghetto into a tourist attraction in the early 1900s. Part of the plan promised a real Oriental experience to the tourists. Needless to say, the plan worked--however, a little too effectively. The increased tourism led to the creation of fortune cookies to help fill the tourists' demand for an exotic dessert. It is said that in the 1930's a man who worked in San Francisco's Kay Heong Noodle Factory invented a plain flat cookie. While still warm, this plain cookie was folded around a small piece of paper where a prediction or Chinese proverb was handwritten on. 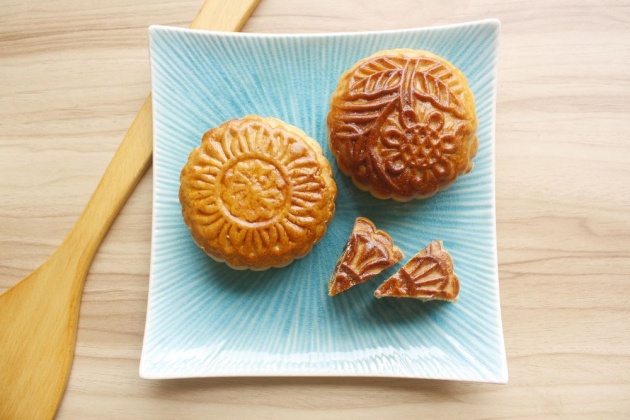 Another possible origin of the fortune cookie involves a real bit of history in China during the 13th and 14th centuries when China was occupied by the Mongols. It is said that the Mongols aren't very fond of the Lotus Nut Paste, the main ingredient of Moon Cakes. So, the Chinese would hide sayings with the date of their revolution at the center of the Moon Cakes where the egg yolks typically were. The patriotic revolutionary Chu Yuan Chang would disguise himself as a Taoist priest and distribute the Moon Cakes to other members of the revolution. This tactic led to the successful uprising of the Chinese people and allowed them to form the basis of the Ming Dynasty. Soon after, Moon Cake Festival became a famous tradition where it is celebrated by passing Moon Cakes with sayings inside them.

As the legend of the fortune cookie goes, the Chinese 49ers who were working on the construction of the American Railways through the Sierra Nevada to California also wanted to celebrate this much-beloved tradition. However, they do not have the traditional Moon Cake nor the ingredients to make one. So, as a workaround, they improvised with the use of hard biscuits. Hence, the fortune cookie was born. 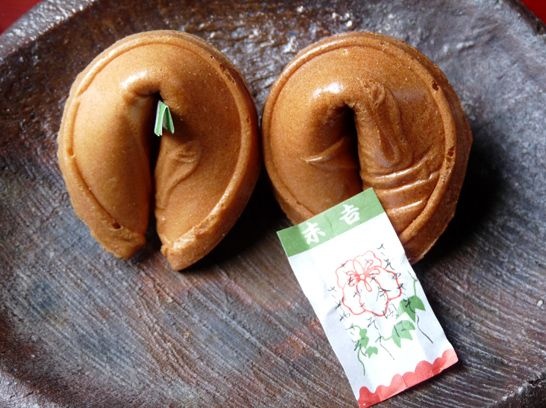 Yet another possible origin of the fortune cookie is based on the claims of the proprietress of Fugetsu-do confectionary, a family-owned bakery in the Little Tokyo district of downtown Los Angeles, The Kito family claims that the fortune cookie originated with Seiichi Kito, their grandfather, who was the founder of Fugetsu-do. The bakery was most famous for their mochi, a sweet round rice cake filled with sweet red bean paste or peanut butter. But as the story goes, Kito also started making fortune cookies and selling them to the local Chinese restaurants. The family said that the inspiration came from omikuji or fortunes written on small pieces of paper that are found in Japanese Buddhist temples.

Omikuji-senbei (fortune crackers) are still sold in many bakeries in Japan. Their website points to a letter from 1927 that credits a certain Japanese American who lived in Los Angeles for the invention of the fortune cookie. The shop still has the original fortune cookie molds on display on its front window for everyone to view.

Here is an interesting video from Tasty where they mixed history with a cooking show on how to make handmade fortune cookies.

Mock Trial of the Century: San Francisco Versus Los Angeles 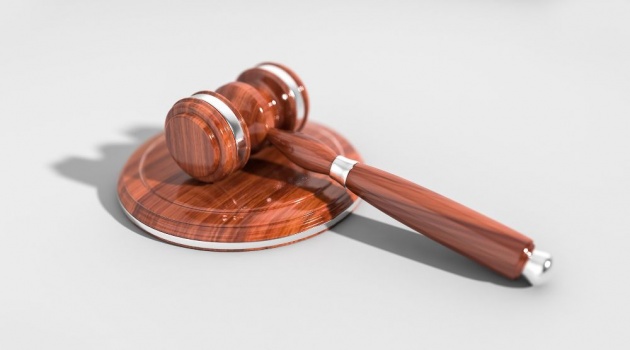 The first two legends were the most famous. In fact, both San Francisco and Los Angeles are claiming that the fortune cookie originated from them. A petty argument is what it is but it did lead to a mock trial by the San Francisco Court of Historical Review in 1983. To be clear, the court has no legal authority whatsoever. The trial was just for pure fun. During the trial, the judge was handed a cookie that says

S.F. Judge who rules for L.A. not very smart cookie.

In fairness to the real-life federal judge, Daniel M. Hanlon, who presided over the mock trial based his decision on actual facts and pieces of evidence. And since the case was heard in San Francisco, it came as no surprise when the Court ruled in favor of San Francisco as the birthplace of the fortune cookie. Angelenos, of course, ignored the ruling and still credit Jung as the inventor of the fortune cookie. No surprise there.

While all these are fascinating, a legend is still a legend. There is no hard evidence to support most of the claims. However, Japanese researcher Yasuko Nakamachi found evidence that “tsujiura senbei” (rice cake crackers containing paper fortunes) were first made in Japan right about the same time the Chinese 49ers were working on the Railway in America.

So, where do fortune cookies really come from? Well, right now, it seems that the weight of historical evidence leans heavily on the man interviewed for the movie "The Killing of a Chinese Cookie"--where it was stated that

The Japanese invented the fortune cookie, the Chinese advertised it, and the Americans tasted it.

For those who like a hint of mint in their chocolate but dont like the green added sweet , somewhat …

First make and roll out your dough. I always put my cutout dough on a cookie sheet in the freezer fo…