Mulla Nasruddin borrowed a pot from his friend. The next day, he gave the friend back the pot, plus another smaller pot.

The friend looked at the small pot, and said, "What's that?" "Your pot gave birth while I had it," said Nasrudin, "so I am giving you its child."

The friend, happy to receive the bonus, did not ask another question. A week later, Nasrudin once again borrowed the original pot from the friend. After a week passed, the friend asked Nasrudin to return it.

"Why not?" the friend asked.

"Well," Nasrudin answered, "I hate to be the bearer of bad news...but your pot has died."

"What?" the friend asked with skepticism. "A pot can't die!"

"Well, you believed it gave birth," said Nasrudin, "so is why is it that you can't believe it died? 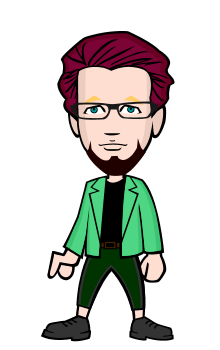 "I think you should be able to hit one person per year with your car. Not to kill them. Just to comm…

Halloween is around the corner

Joke of the day

⭕JOKE OF THE DAY! ⭕ An old farmer wrote a letter to his son in prison. "Son, this year I will no…