The World's Oldest Bamboo Organ is in The Philippines!

Hey everyone, I'd like to share with you an event I went to on Sunday, February 25, 2018. It was a repeat gala performance of The 43rd International Bamboo Organ Festival and boy was it a unique experience. 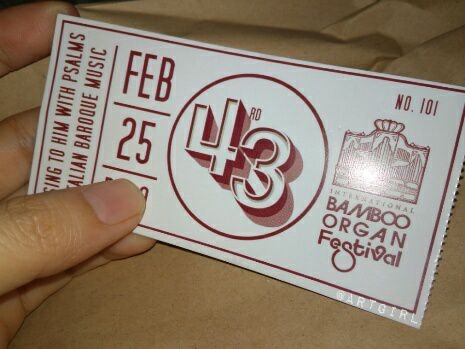 But first an introduction on this unique instrument. ^_^

What is this, you might wonder... Let me tell you more about it.

The Las Piñas Bamboo Organ in St. Joseph Parish Church in Las Piñas City, Philippines, is a 19th-century church organ with unique organ pipes; they are made almost entirely of bamboo. It was completed in 1824 by Father Diego Cera, the builder of the town's stone church and its first resident Catholic parish priest.

Also if we check on the historical landmark of the St. Joseph Parish Church, you will see this inscription which says this musical instrument is made up of 902 bamboo tubes and 129 tube cans or metal pipes. 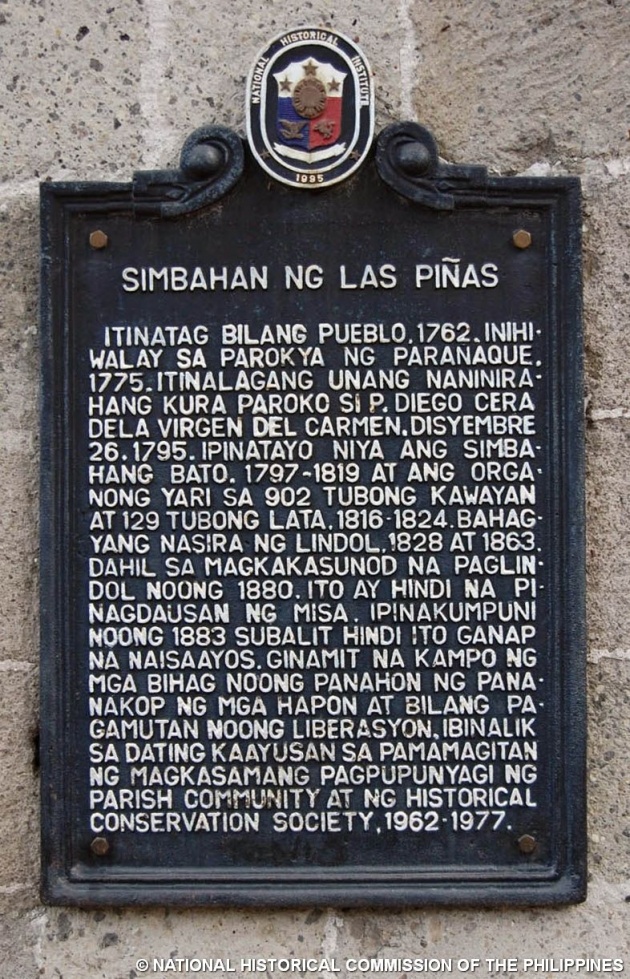 (Photo credit: National Historical Commission of the Philippines via nhcphistoricsites)

It has been notably repaired several times since the 19th century but when I heard it, it still sounds good and carries a happy tune.

This unique instrument has been declared by the The National Museum of the Philippines in 2003 as a National Cultural Treasure. If you visit the church, it will be like entering a museum due to the historical feels everywhere in it. 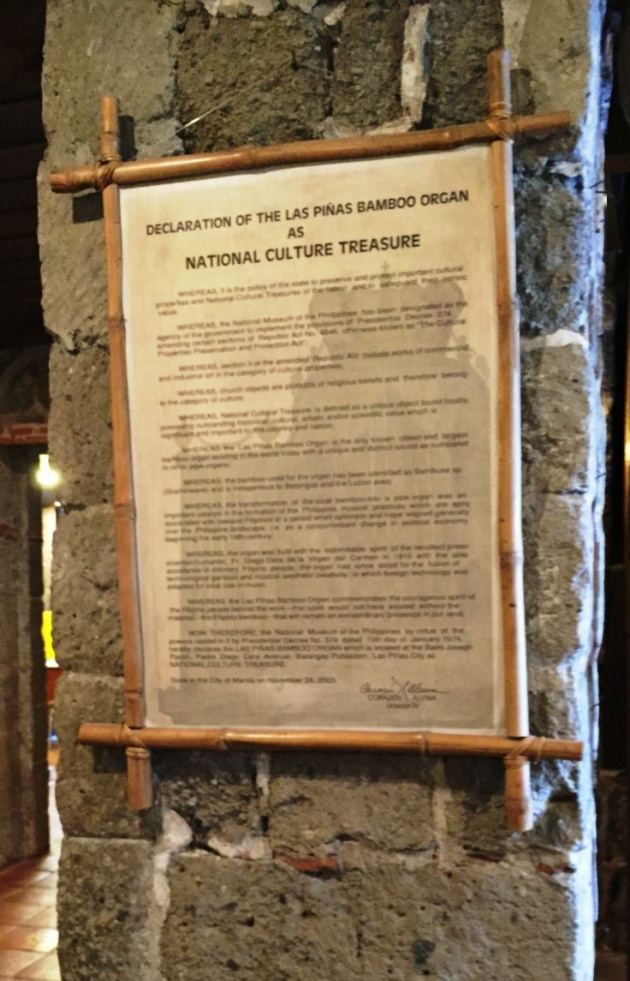 I have only read about this old instrument in our school history books as a kid but last month, I was finally able to hear and see it for the first time! Wow, it's such an honor and a great experience to be able to hear a famous instrument that is almost 200 years old. 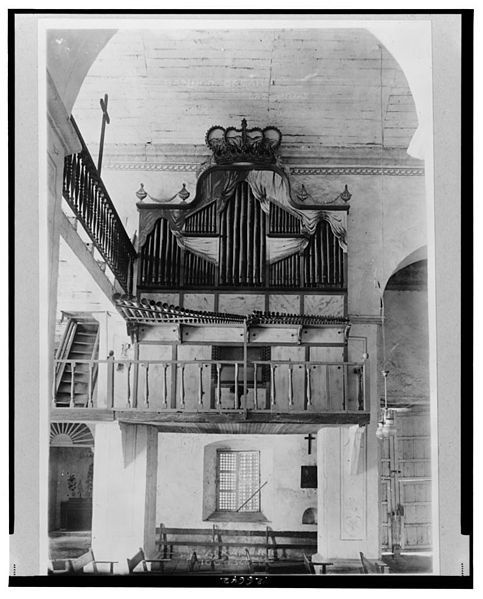 The bamboo organ, circa 1890
(Photo credit: Frank and Frances Carpenter Collection Library of Congress via Wikipedia)

Around the first few days of February this year, I saw a Facebook ad for this Bamboo Organ and I got curious. Why on earth have I never seen this historical instrument ever? Why have I only thought of seeing this Bamboo Organ now? Thus began my quest to get myself to watch and listen to this famed organ.

Initially, I planned to go during the Feb. 22 gala night when the music festival officially started but somehow I always couldn't make it on time. On Sunday Feb 25, I was finally able to go there, even if I was 30mins late. 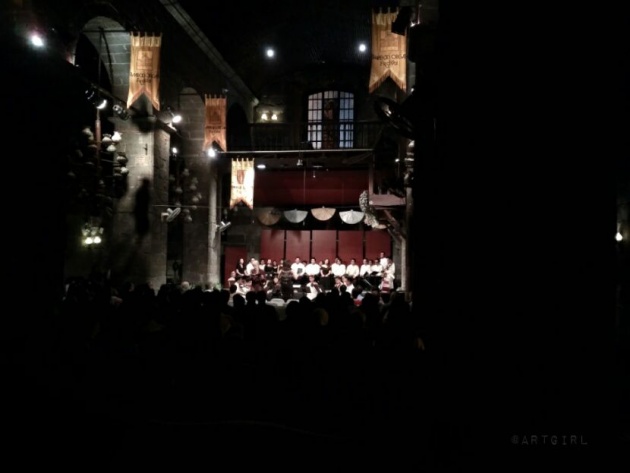 I believe I didn't miss that much at the beginning because it was mostly the vocal ensemble and opera singers singing Italian Baroque music in accompaniment of the violins and the rest of the musical instruments.

So there I was, wondering the entire half hour if the small organ being played in front was THE bamboo organ. Didn't look like it was so I just sat where I was, patiently watching and waiting. Here's the festival program for more details: 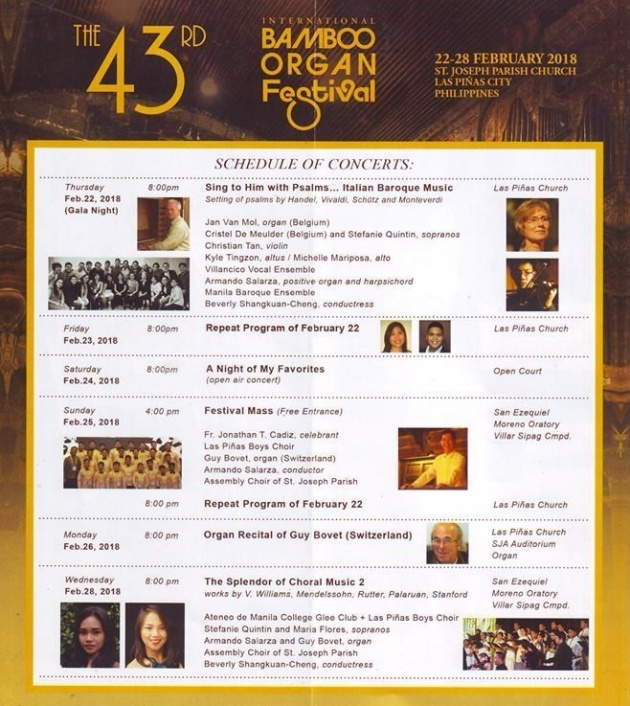 The repeated program was a 2-hour event, with the first hour involving mostly the singers and the other musical instruments. 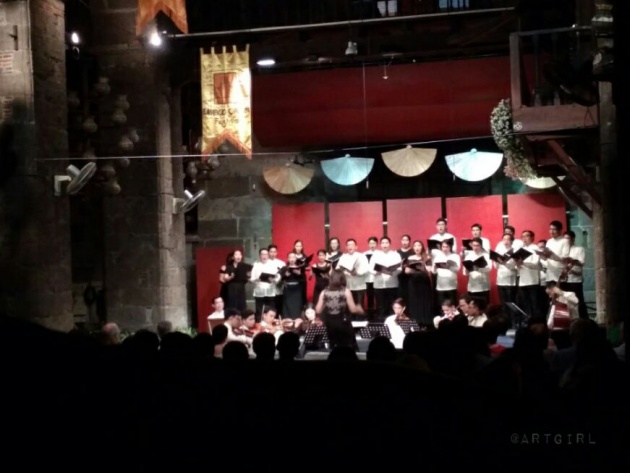 During the first hour, I was wondering why no one was clapping even after every piece was performed. Since I was late, I just observed and didn't clap after every performance because I wasn't sure if the audience was told to clap only at certain times or not. It was my first time to attend such an event and I was underdressed too! I didn't think I'd have to dress up you know.

The ushers and usherettes were all wearing baro't saya in all their formal and shining glory while I came in wearing my t-shirt and pedal pants. Aw shucks, so sorry to be ignorantly underdressed but at least there was no issue about it and no discrimination at all. Yay. I wasn't the only one informally dressed but most of the people who went had dressed up for the occasion.

So anyway after the first hour, we were given a ten-minute break. Crispy banana chips and bignay tea was made available to everyone outside the church as refreshment. 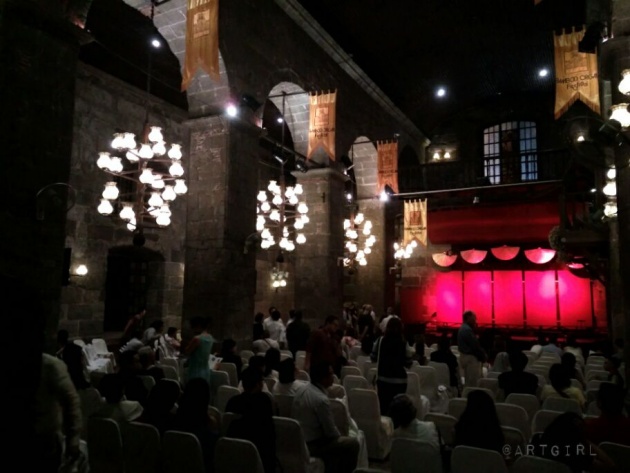 Once the second half of the program began, surprisingly the clapping also started to happen. Somehow after each performance, you could feel the energy and excitement in the audience. It was the main event after all, The Bamboo Organ being the Star of the Night.

Want to know how it sounds like? I recorded two short clips and uploaded it in my video section but you can also watch it here:

Sounds Harry Potterish right? The Bamboo Organ can be seen at the elevated part in the video. I didn't think we were inside the church at all because it was set up looking like the interior of a spruced up enclosed Spanish style old building within the church compound. If you've been to the historical sites in Vigan, Ilocos Sur then you'll know what I mean.

I can say it was well worth the effort trying to get to the place even if I didn't make it into the start of the program. It's about two hours away from where I live in Quezon City. I rode the LRT 1 and 2 to travel faster plus jeepneys going to and from the place.

All in all, I think the repeat gala performance was a one of a kind experience. The sopranos and alto singers are amazing. If you also listen to classical music like I sometimes do, then you would definitely appreciate the powerful performance, but only during the second half of the program. Haha. It was like watching Ms. Joanna Ampil in the movie Ang Larawan if you've seen it, they are all admirable singers.

They all showcased a powerful performance and I also liked how the bass instrument made everything sound wonderful. Haha. Of course, the best part of it all was hearing the famed Las Piñas Bamboo Organ. 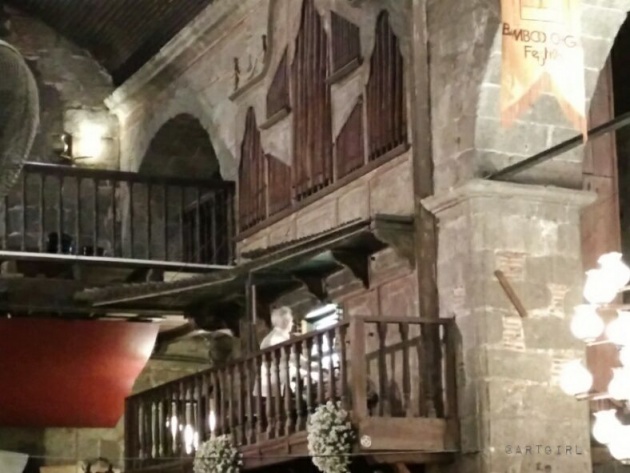 Sometimes the voices and the violins overpowered the old bamboo organ but I guess that's normal in any concert, right? I really enjoyed the last hour. Everyone else seemed to enjoy it too because of all the clapping that happened.

Next year, I will make sure to make it to the Festival Sunday mass so I can hear the bamboo organ in a normal setting. Or maybe I should drop by one normal Sunday eh?

As mentioned above, this important cultural heritage has undergone several repairs since it was made which is why it can still be played until now. However, with the waning foundation funds, it might not reach another hundred years without your help.

To preserve this unique musical heritage anyone can become a sustaining member or sponsor. Direct bank deposits can be done to the foundation's local bank acct or thru the Give2Asia site if outside the Philippines. The donation/sponsorship will then be used for next year's music festival and the maintenance of this almost 200-year-old pipe organ. Plus you will get free gala tickets and weekly mass intentions every Tuesday.  More details at their website:  http://bambooorgan.org/support/ or you can visit their official Facebook page too.

Watch this English video about the Las Piñas Bamboo Organ.

So, do you now want to see and hear this historical instrument too? If you want to, plan ahead! ☺

Photos used courtesy of Google.com Hello everyone! Today, I will be touring you to my motherland, Ph…