TOP 10 MOST HAUNTED PLACES IN AMERICA

Visit even the smallest of towns in the U.S. and you’re likely to hear some local ghost stories and discover a few haunted houses. But some American cities have gained the reputation for being particularly ghost-ridden thanks to their rich and often bizarre historical backgrounds. The following are ten of the most haunted cities to steer away from—or toward, if you dare—this Halloween.

San Francisco’s rich cultural makeup, large immigrant population, and a history of natural disasters like earthquakes have helped it develop a reputation as a Mecca of all things haunted. Chinatown alone is home to countless ghost tours and creepy folklore, but the city also boasts a wealth of haunted hotels, mansions, and army bases. Of these, one of the most famous is the Queen Anne Hotel, which served as a school for girls in the 1890s and is said to be haunted by the ghost of its former headmistress, Mary Lake. There are also a number of stories concerning Mary Anne Pleasant, the so-called “Voodoo Queen of San Francisco,” who was a former slave and abolitionist who used a knowledge of the black arts to gain wealth and influence among the city’s elite. Even the trendy San Francisco Art Institute, which is rumored to have been built on top of a graveyard that housed victims of the 1906 earthquake, is said to be the home of several ghosts who have frequently been seen climbing the stairs to a tower that overlooks the ancient cemetery. 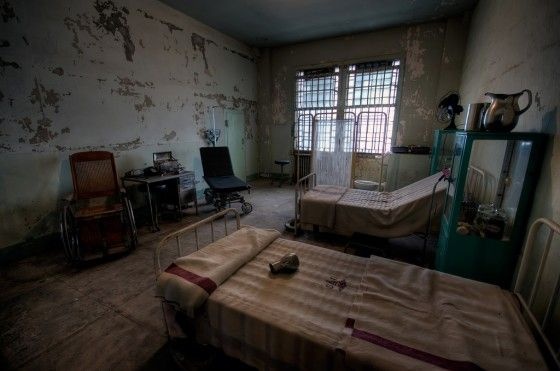 Alcatraz Island is one of San Francisco’s most famous landmarks, but the former maximum-security prison is also home to some of the city’s weirdest ghost stories. Visitors to the island often claim to see apparitions walking the cellblocks, and sometimes hear voices emanating from what was once the cafeteria.

Sunny Key West might not seem like the most probable setting for haunted houses, but this small beach community is home to some of the oldest—and downright creepiest—of all ghost stories. The city’s rich history of buccaneers and rumrunners provides the backdrop for a lot of these ghosts, like those that are said haunt Captain Tony’s Saloon. Before it was a bar, Captain Tony’s was supposedly the location of the island’s morgue, and the tree that grows through the building’s center is said to have been a major site for lynching pirates and other criminals, and many are said to still haunt the premises today. Other local ghost stories concern the writer Ernest Hemingway, who kept a home on Key West for some thirty years. Hemingway’s house, now a museum dedicated to his life and work, is said to house the novelist’s ghost. Some visitors and workers claim to see him walking the grounds, while others have heard the clicking of his typewriter coming from inside the main house.

Most Haunted: Robert the Doll 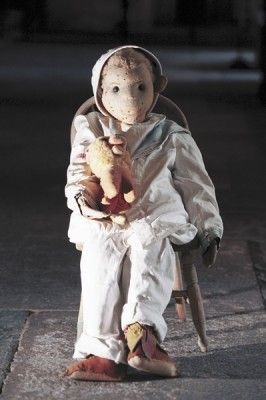 The island’s art and historical museum isn’t haunted, but it does contain one of the creepiest artifacts of Key West’s history in the form of Robert, a large doll that many claim is possessed. The doll was given to painter Gene Otto in the early 1900s, and the young boy soon became deathly afraid of it, as he said it would often threaten him and wake him in the night by throwing furniture around the room. The boy’s parents would often swear they saw the doll moving, and neighbors claimed they often spotted Robert pacing in front of the windows of the house when the family was away. 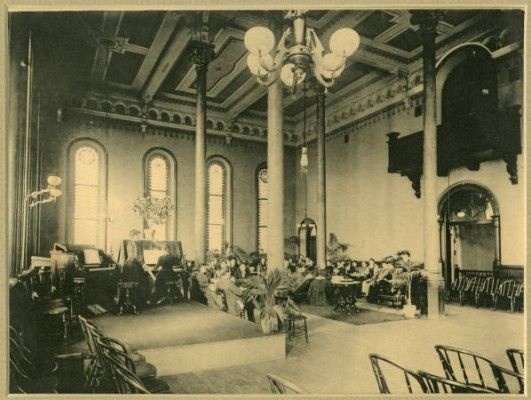 Portland’s coastal location established it as a shipping hub and port of call for sailors during the 1800s. This eventually led to the rise of a practice known as shanghaiing, wherein unsuspecting men and women were kidnapped from bars or hotels, shipped to the Orient, and impressed into slave labor or prostitution. Portland was notorious for this practice thanks to a series of labyrinthine underground tunnels that run beneath the city streets, which were used by the Shanghaiiers as a safe way to capture and transfer victims to the harbor without being seen. Today, the tunnels are said to be haunted by the ghosts of the people who were kidnapped, many of whom were never seen or heard from again. 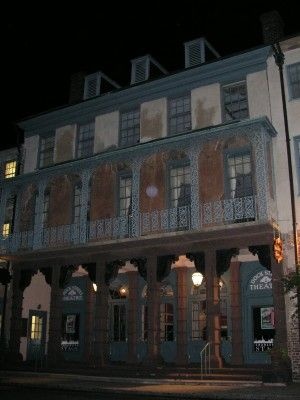 Charleston is full of buildings with a checkered past, and one of the most well known is surely the Dock Street Theater. Built in 1809, the theater is said to be the home of two spirits. The first is Nettie, a poor prostitute who was killed near the theater after being struck by lightning. The other is the ghost of Junius Brutus Booth, an actor who is more famous today for being the father of John Wilkes Boothe, the man who killed Abraham Lincoln. Both spirits are said to wander the backstage area of the theater, and many workers and performers claim to have spotted them. 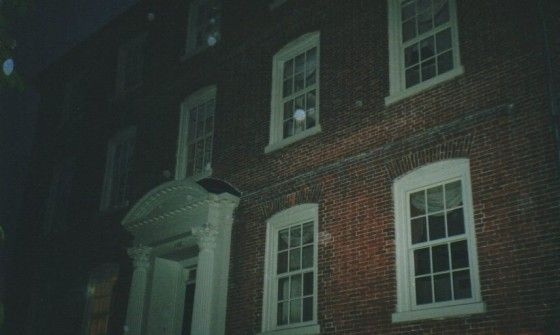 Known as one of the most haunted houses in America, Joshua Ward House is built on the foundation of the home of George Corwin, the man who served as Sheriff during the Salem witch trials. Corwin is infamous for his role in the death of Giles Corey, a local man who was charged with witchcraft. When Corey refused to enter a plea in court, Corwin used an old English legal precedent and placed him under a board piled with rocks in order to coerce him into talking. Corey never relented, and was eventually crushed to death under the massive weight. To this day, many claim that Corey and Corwin, who is rumored to be buried beneath the foundation of his old home, haunt the Joshua Ward House.

Rumored to be one of the prohibition-era gangsters’ favorite places to dump bodies, Bachelor’s Grove is an old and decaying burial ground that has been the site of countless stories about ghosts, spirits, and devil worship. Several headstones in the cemetery seem to move at will, and many claim that the spirits of the dead often materialize and walk the grounds at night. The most famous of these is the “White Lady,” the ghost of a young woman who is always seen in a white dress, often cradling a baby in her arms.

Most Haunted Place: The Devil’s Den

The Devil’s Den is a rocky outcropping of boulders and shrubs that was the site of one of the clashes of the second day of the battle. The spot is famous for being the location of a small skirmish that took place when a Union artillery unit returned fire on a Confederate sharpshooter who was taking shots at them from behind the rocks. They later found a body, and photographer Alexander Gardner took a photo of it that has since become one of the most iconic images of the battle. But recent evidence suggests that the body in the photo was not the man responsible, and some even claim that Gardner dragged the corpse of another man to the spot in order to stage the picture. Supposedly, this man’s ghost now haunts the Devil’s Den, and to this day visitors to the park often have a great deal of trouble trying to take photos anywhere near the site. Pictures often come out blurry and unusable, and cameras have a strange way of suddenly dying whenever they are turned on in the area. 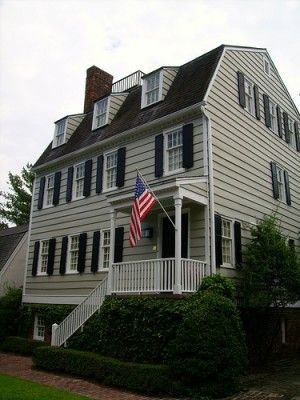 The Hampton Lillibridge house is an assuming three-story building that was built in 1796 and originally served as a boarding house. It was purchased in the 1960s by a builder who hoped to restore it, and it was then that strange phenomena began to occur. At one point during construction, a portion of the roof collapsed, killing one of the workers. Other builders claimed they would hear voices and footsteps whenever they were alone, and that pieces of construction equipment would often be thrown across the room. Even creepier, they said they often spotted a man in a black suit staring at them from inside the house. Countless exorcisms and investigations have taken place at the house since, and it has gone through several owners, but the presence that haunts it is said to still remain there today. 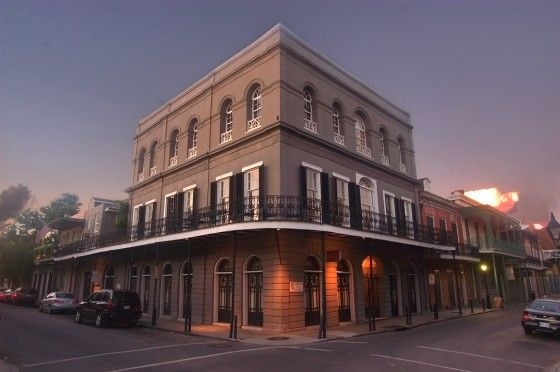 In the heart of the French Quarter lies an ornate mansion that in the 1800s belonged to physician Louis LaLaurie and his socialite wife Delphine. As the story goes, it was rumored at the time that the couple treated their slaves viciously, and there was evidence Lady LaLaurie was responsible for the murder of a 12-year-old girl. The rumors were validated when one night a fire broke out in the mansion’s kitchen. Firemen raced to the scene, and when they kicked down a door to the slave quarters they were astonished to find several slaves chained to the wall in a kind of makeshift dungeon. Many have since claimed that the LaLaurie’s were performing grotesque surgical experiments on the slaves, but modern evidence suggests that this is probably an exaggeration. Either way, the sadistic couple is said to have soon fled the city, and Lady LaLaurie eventually disappeared. The mansion where the horrors took place still stands today, and several ghosts have been sighted, among them the spirits of both Delphine LaLaurie and the young slave girl she is said to have murdered. 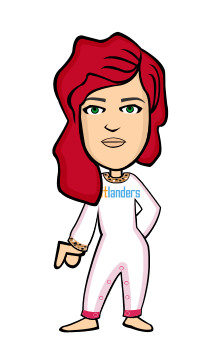 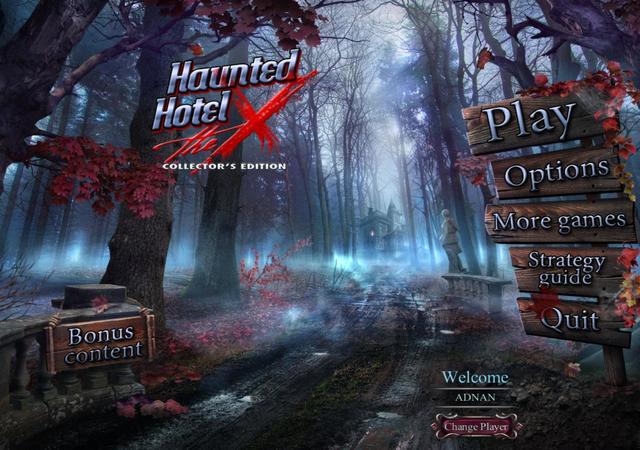 Your sister, Samantha, has always been tenacious, but she might have just gotten herself in over her…

10 Most Haunted Places in New England

New England is a small area compared to the rest of the Unites States, but it is rich with history a…

Whatever hour you woke there was a door shutting. From room to room they went, hand in hand, lifting…

Come on out and see the Haunted Infirmary, Bartonville Illinois, Peoria County !!!! Its one insane s…