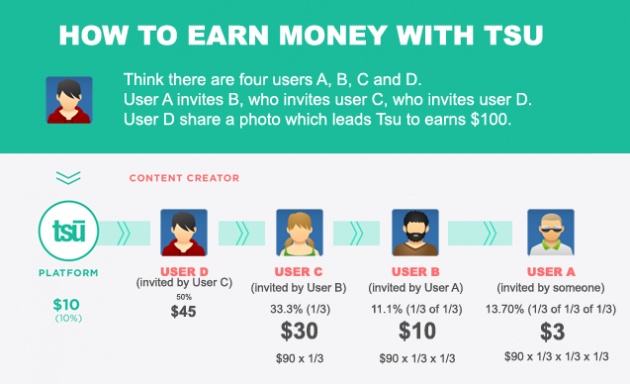 Tsū is an online social networking service founded in October 2013. Tsū was created by Evacuation Complete, LLC, a Texas corporation, which was founded on February 7, 2008. Founders of Evacuation Complete are Sebastian Sobczak, Drew Ginsburg, and Thibault Boullenger, and the site is headquartered in New York City. Tsū is open to new users via invite.

Like Facebook, after registering to use the site, users may create a personal profile, add other users as friends, exchange messages, post status updates and photos, and receive notifications when others update their profiles. Tsu differentiates itself from competitors by allowing its users to maintain ownership of the content they post.

The inspiration for Tsū came from the story of Ed O'Bannon, the lead plaintiffin O'Bannon v. NCAA, an antitrust class action lawsuit against the National Collegiate Athletic Association regarding the association's use of the images of former student athletes for commercial purposes.

Tsū has been compared extensively to Ello, a contemporary social network that rejects selling advertisements at all; Tsu's approach is to instead embrace the fact that your social media content has value and, via a YouTube-like rev-share, distribute ad revenue fairly amongst users based upon their viewership. 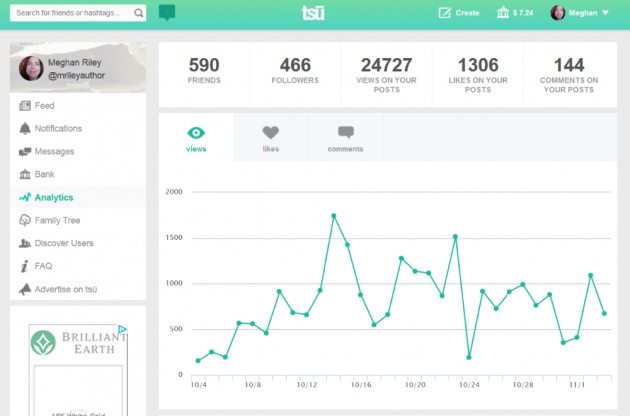 In September 2015, Facebook banned any mention of Tsū from its platforms,[8]saying that Facebook users had been reporting it as spam. Tsū speculated that this move may have been motivated by fear of competition. In December 2015, Facebook lifted the prohibition.

This is an amazing achievement for a relatively unknown social network to reach in five weeks. Social networking behemoth Facebook took ten months to reach one million users on its platform. Tsu’s global rank on Alexa, the measure of how popular the site is, has climbed from below 11,000 in October to 5,000 today.

So how has Tsu achieved this growth? The network grows by word of mouth. Its existing users reach out across their social networks to find new users who create accounts in the network.

You need to have an invite code from another user. The websitehttp://Tsu.co will ask users for a code.  tsu.co/nadeem388 will enable you to create your own Tsu account as you are accessing the site through an existing Tsu user.

This creates a network of users. Influential users recruit more users to the site which enables Tsu to see who are the most influential in its network. It can mine the relationships between its users to build up a comprehensive network of relationships. 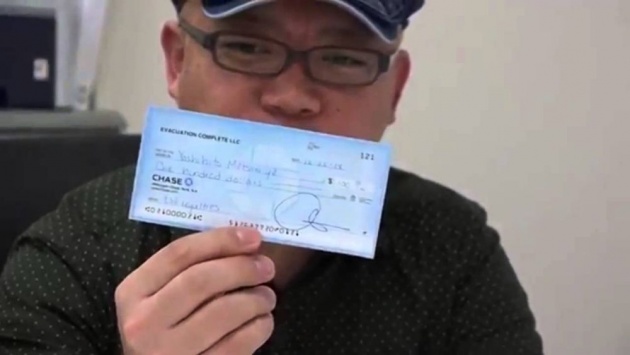 It is the relationship and engagement between users in each user’s own network on Tsu that enable royalties from ad revenue to be created. Users share posts with their network and more ad impressions are made resulting in revenue for the platform.

User criticism
In the past, some users have criticised Tsu for permitting images on the platform that were not created by users. The platform has since introduced checks and measures to ensure that content was original. It has refused to pay users that posted images grabbed from the web, or used scripts, bots and other social activities to try to game the system.

Also, some users have complained that they did not receive pay outs when they reached the pay-out minimum of $100. Popular users on Tsu can earn over $100 per day, but the majority of users make only a few cents from ad revenue.

On July 3, the rapper posted a Power Premier video directly to Facebook. He included a link to for fans to watch the video on Tsu.co. 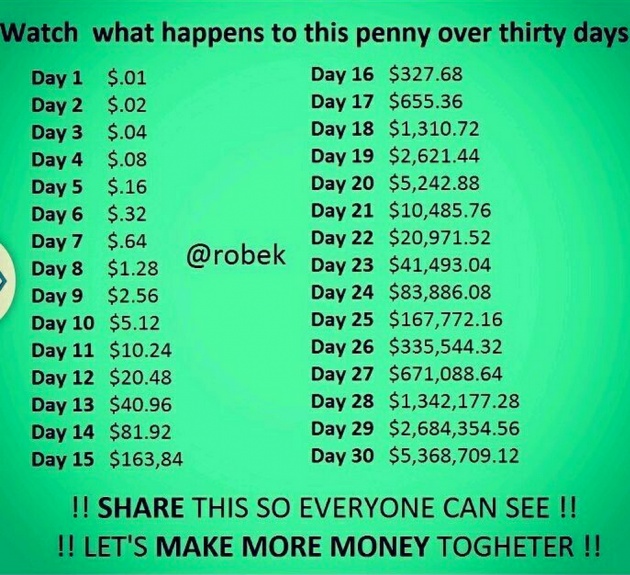 Tsu co-founder Drew Ginsburg has been posting images to Facebook for almost three years without any issues while the social networking platform was in stealth.

He said that "two to three years of [his Tsu content] photos are missing from Facebook without any notification."

British artist Claudia Everest has a profile on Tsu and a Facebook pagewhich she uses to sell her dog pictures. She has posted an average of 25 pictures per day for 10 months from Tsu to her Facebook profile and then manually added the links to her "A dog a day" Facebook business page.

She estimates that over 7,500 posts have been removed from Facebook. "It has had quite an impact on myself and my business," said Everest. "The whole idea that Facebook have labelled my dogs as malicious content is laughable".

Musician Nicky Romero has over six million users on Facebook and 26,000 followers on Tsu.

He posted to Facebook "Add me on Tsu! New social hype". He did not include the Tsu link within the text itself but included an image captioned with his tsu link.

Founder and CEO of Tsu, Sebastian Sobczak said that he estimated that "five to ten million items have been removed from Facebook - both automated and manual".

He said: "We are investigating the extent of what is going on between Facebook and Tsu. We have contacted them but they have not responded from any of the three platforms which have removed any historical mentions of Tsu. We encourage users to see if any content has been deleted and to contact these platforms to find out why their content has been censored." 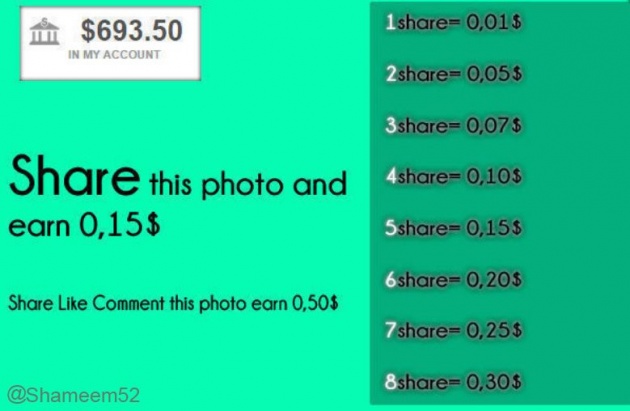 So what is Facebook afraid of? Tsu has 4.2 million users, Facebook has over 1.4 billion users. Sobczak's take: Facebook is "not afraid of us, but afraid of the [Tsu] philosophy. You can not use other people's content for commercial purposes and not give them any value for it."

Developers creating apps to access Facebook's api have to adhere to the policies over product quality and data which are defined on Facebook's developer site in addition to its community standards.

If Tsu is violating the terms of the agreement with Facebook, why did Facebook wait five months before blocking the api? If it considers Tsu to be an incentive-based site, why does it still allow references to mostother incentive sites that pay you to post content or YouTube.com which operates in a similar way?

Facebook has removed historical mentions of Tsu. It has deleted "millions of posts from Facebook which were not anything to do with the api" said Sobczak. These posts "were made by Facebook users natively on Facebook that had nothing to do with us" he added.

Perhaps Facebook thinks that Tsu is a "get rich quick" incentive site. Some sites are set up so that all users need to do is to surf around that site and make money. On Tsu, the content creators - not the content consumers - receive revenue share - exactly the same as the YouTube incentive model.

Or is this the start of David (Tsu) taking on the mighty Goliath (Facebook)?

Here's what I'd like to see happen: Facebook should start talking to Tsu about how to resolve this, re-enable sharing, and unblock the Tsu.co domain.

What do you think? Let me know by leaving a Talkback below.

Disclosure: I joined Tsu as a user to take a look at the site before I wrote about the platform in 2014 and I still use the platform regularly.

Tsu has been rapidly gaining ground since its late October launch. The key to tsus growth is not a b…

TIME IS MORE VALUABLE THEN MONEY. We we want you to learn how it feels to make money while you do ot…