Tsu has been rapidly gaining ground since its late October launch. The key to tsu’s growth is not a backlash against mainstream social networks—as was the case with Ello, for example—but the fact that tsu encourages their users’ activity on the social network with monetary rewards.

The network’s developers describe tsu as a “free social network and payment platform.” tsu’s invite-only policy aims to encourage existing users to grow their online community, or “family tree.” For example, say user 1 invites user 2 to join tsu. If user 2 decides to join, user 1 gets paid. Then, if users 2 decides to stay and invites user 3 to check out tsu, both user 2 and user 1 get paid—and so on.

The payments don’t stop there. Users are also encouraged to share photo, video and text content that garners pageviews from their social media audience—all typical behavior for social networks. What makes tsu different from other social media giants is that the network only takes 10 percent of ad revenue generated by advertisements placed on the users’ pages. The other 90 percent is divided among the content creator, who gets 45%, and the other 45% is distributed among that user’s “family tree”—essentially operating on a multi-level marketing model. Successful users can cash their earnings once they amount to $100. 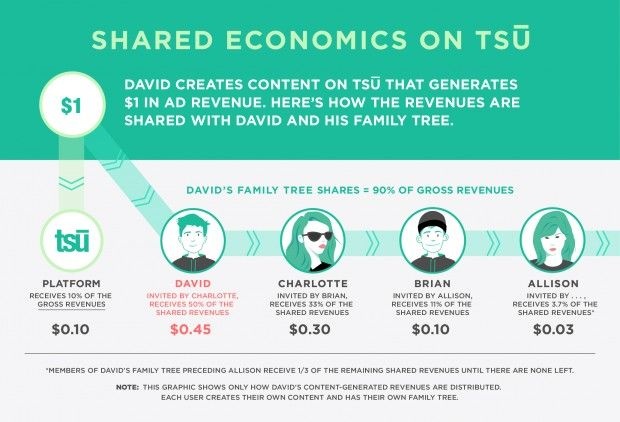 While the idea of getting paid for being a social media guru is attractive (just think of how much you could earn on your engagement announcement!), there are mixed feelings associated with a network that pays you to post. The Times’ article on Tsu discusses the risk of the new network propagating the model where only those already at the top reap the most rewards—the same kind of social media influencers who make profit from their social media presence and have a large following elsewhere would be the ones making the most money on tsu.

Whether tsu is the next big thing remains to be seen, but it’s not the first network to introduce the concept of sharing advertising revenue with its users. Earlier this year, I discussed the content creation platform Bubblews after it completed a successful round of funding—news that made many reporters ponder on the future of paid social networking. To give you an idea about the alternatives to tsu’s multi-level marketing system, here are three pioneer social networks that pay users for their content. 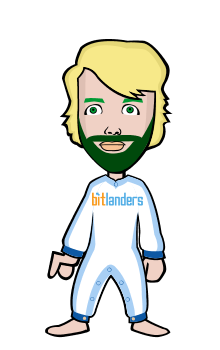 Hi my name is abdulraufasif and iam an educationist

TIME IS MORE VALUABLE THEN MONEY. We we want you to learn how it feels to make money while you do ot…