Now a days this format of cricket has become most popular among cricket spectators at the ground and viewers on television. After the succession of this style of cricket many other countries (they are not played cricket before this) introducing and playing twenty 20 cricket on domestic level. In Twenty 20 world cup sixteen teams participated, comprising all ten International Cricket Council full members and six other affiliate members chosen through the world Twenty 20 Qualifier.

On Domestic level Of T/20 Cricket 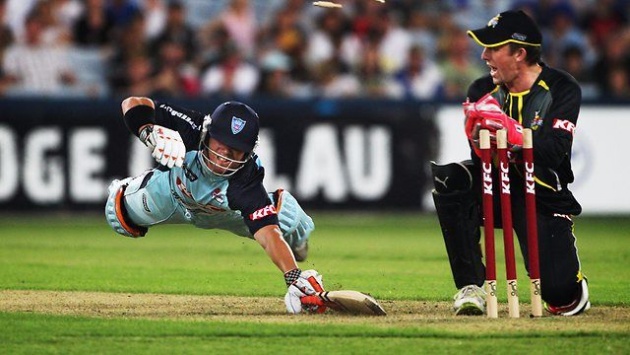 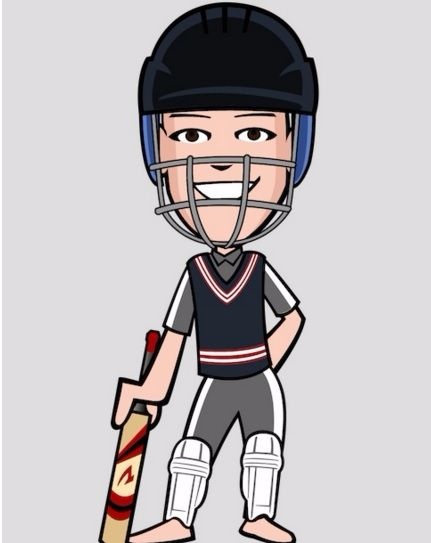 In 2002, when the Benson & Hedges Cup (It is the first class county cricket which is recognized by England and Wales and played across eighteen countries) ended the England Cricket Board and decided to introduce one day competition to fill its place. Later on England Cricket Board and Stuart Robertson (He was the chairman of county cricket) they wanted to introduce that new style of game and spread the popularity of cricket specially among the younger generation, then for this purpose they introduced new style of fast cricket game, Twenty 20. Soon this format got popularity with unexpected crowd attendance. 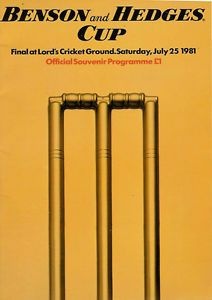 Last tournament which was held in 2014 in Bangladesh and this world Twenty 20 won by Sri Linka against India.

Previous Coverage of bitLanders in One Day International World Cup of 2015: 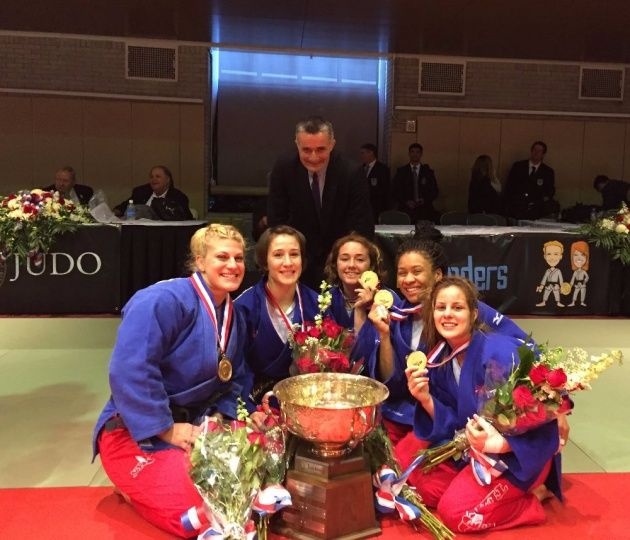 Like that, last year in 2015 bitLanders was covered the world cup of One Day International. They introduced outfit of 14 teams, on which 50% off and Bonus Buzz had given. 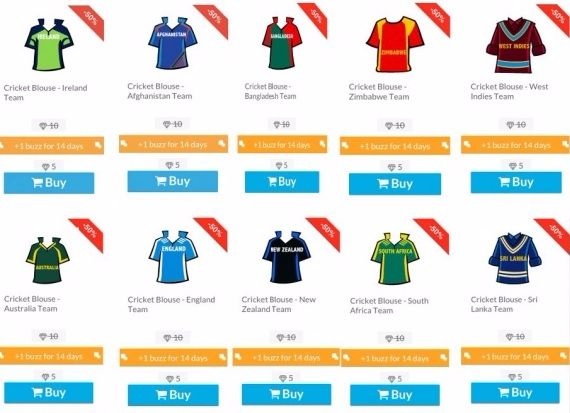 At that time, you could buy outfit of your favorite team for supporting your team through complete sporty look of your Avatar by maintaining your Buzz Score. On that time, bitLanders not only offered outfits of all teams but they also gave special importance to Pakistan and Indian Teams' outfits.

On 8th march 2016, ICC once again is going to organized world cup Twenty 20. It will be the sixth Twenty 20 world and it is going to held in India. After the meeting in Dubai in 2015, ICC this time awarded India the rights to host the upcoming world Twenty 20 cup in 2016.

Like before, bitLanders this time on World Cup Twenty 20 again offering surprising outfits for your Avatar which are available in your bitfashionista store.

My Own Avatar in sporty look 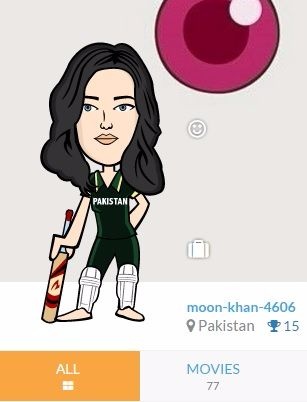 After buying and wearing latest sporty outfits of your country you can not only support your Team but you can get Bonus Buzz for this as well.

Sixteen teams will participate in the tournament named India, Australia, England,  New Zealand, Pakistan, South Africa, Sri lanka, West Indies, Bangladesh and Zimbabwe. Teams which are the full members (full members countries are those which follow all the rules according to the cricket governing body ICC and which represent their geographical area) of ICC will automatically qualify for this tournament. Six other countries' teams are the associate members these will qualify according to the latest rules of ICC twenty 20, as these six teams have been qualified in 2015 twenty 20 tournament which has been played in Ireland and Scotland named Afghanistan, Oman, Scotland, Ireland, Hong kong and Netherlands. 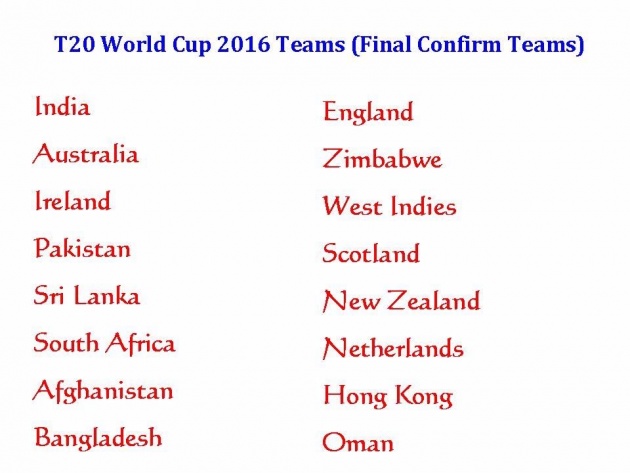 This time is honour for India who will going to host the world twenty 20 cup. The Indian Cricket Board announced the name of Indian cities in 2015 where game will have played are Mumbai, Bengaluru, Mohali, Dharamshala, Nagpur, Kolkata and New Delhi.

World Twenty 20 India 2016 trophy will start its global tour from Scotland then it will travels to 12 other countries & will end its tour 11 march 2016 in New Delhi India. This time Nissan has sponsored the world T/20 Trophy tour that is why it also known as Nissan Trophy Tour. 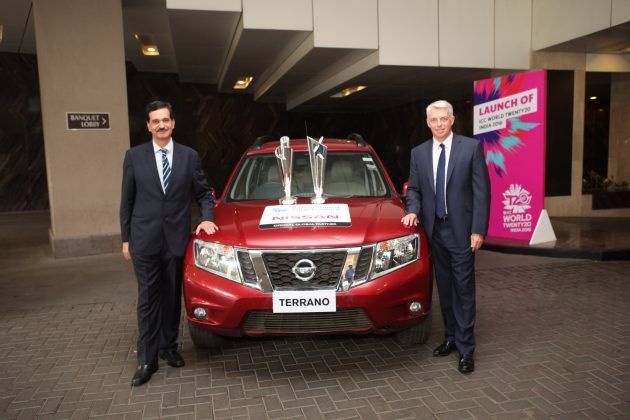 In bitfashionista store you can find different outfits of different country Teams for Twenty 20. Here i am going to discuss about outfits of some of my favorite teams .............

Australian team's squad will be consists on 13 players. Steve Smith will be the captain.  Australia Team still could not win the twenty 20 world cup but won ODI world cup 5 times. In 2010, it just remain runner up team in the final against England. Australian team's bowling, batting and fielding everything is perfect and well organized. 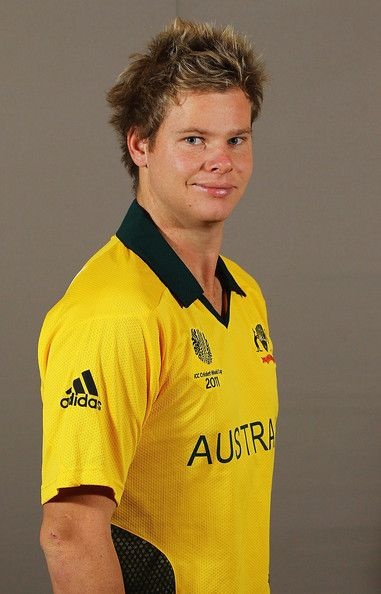 On bitLanders, followers of Australia cricket team can change the look of their avatar through buying outfits of their favorite team Australia from bitfashionista store and can maintain buzz score through offers on sport dresses. 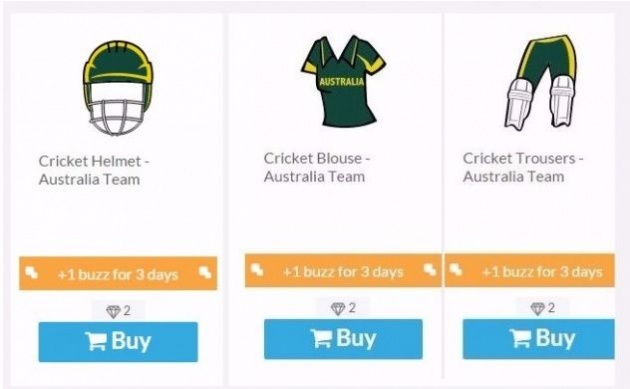 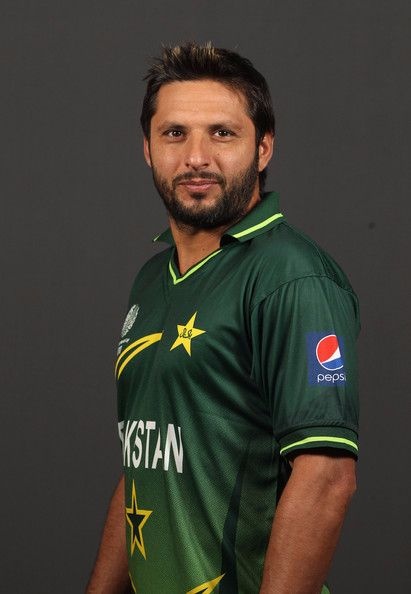 People who support Pakistan cricket team can change the look of their avatar in sports outfit available on bitfashionista store and can support their team by earning through offers on outfits. 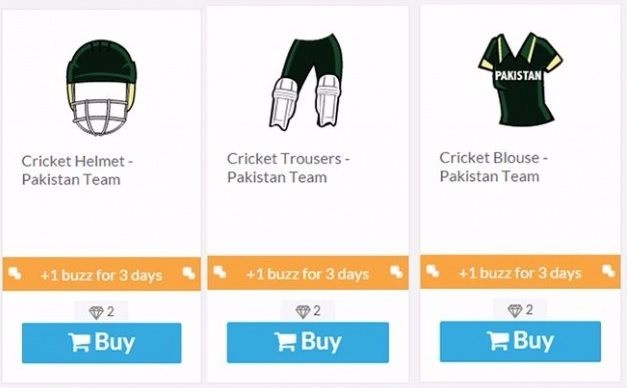 In 2014, as Lanka tigers has won T/20 world cup, the fans of Sri lanka team must be expecting the same majestic performance from their favorite team including me as well. Angelo Mathews will be the captain of Sri Lanka cricket team and squad of his players consists on 14 players. Sri Lanka tigers will also depends on bowling specially on spinners. 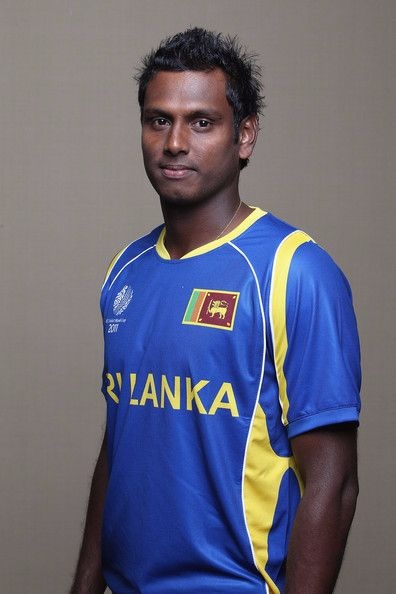 Sri Lanka cricket team's supporters can support their team by changing the ordinary look of their avatar into sporty look through purchasing available sports outfits on bitfashionista store and can maintain their buzz as well. 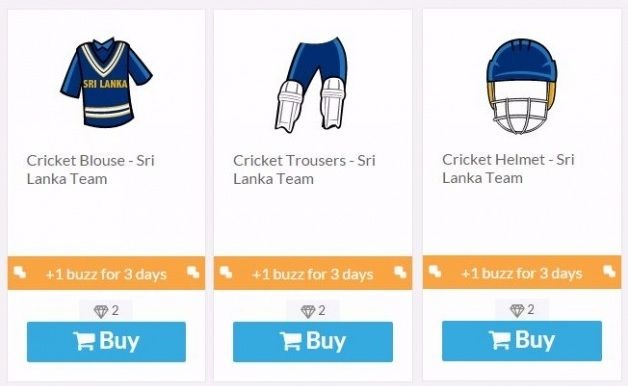 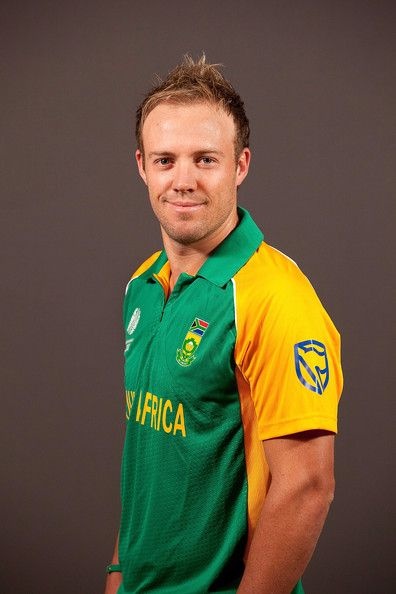 People who follow South Africa cricket team can support through earning by just changing the look of their avatar in their favorite team's outfit available on bitfashionista store of bitLanders and maintain their buzz. 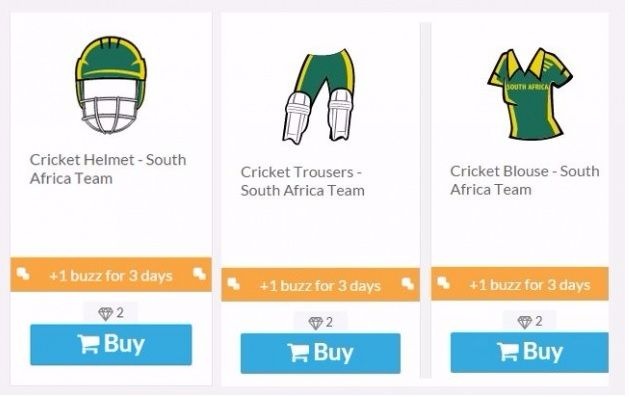 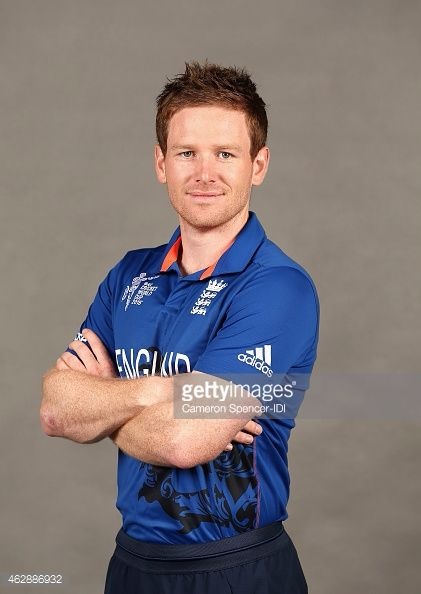 On bitLanders, supporters of England cricket team can change the look of their avatar through changing outfits of their favorite team England from bitfashionista store and can support through maintaining buzz score. 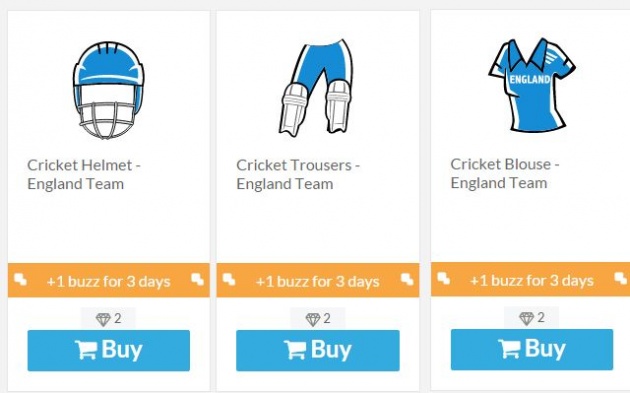 In 2007, India cricket team has won the T/20 world cup & this time T/20 world cup also will be going on in India. MS Dhoni will be captain of Indian cricket team and his players' squad will be consists on 14. Batting line of India is perfect & somehow bowling as well, but fielding needs some improvement. Being the host of such a big event, people of India considered this game as some part of their ‘Religion’. 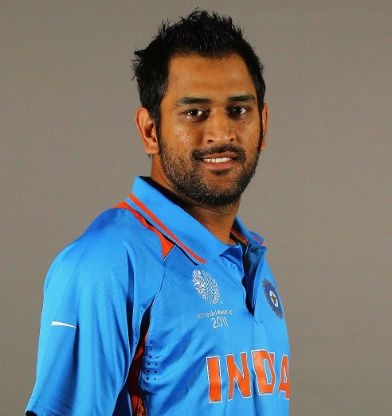 Indian followers on bitLanders can change the look of their avatar by wearing sporty outfit available on bitfashionista store with exciting offers and can maintain buzz score. 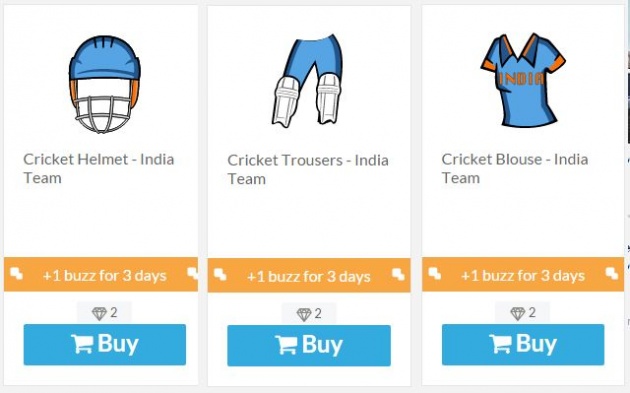 Thanks for sparing time in reading My 12th attempt for my virtual home "Bit Landers".... Stay Connected for more articles.. :)