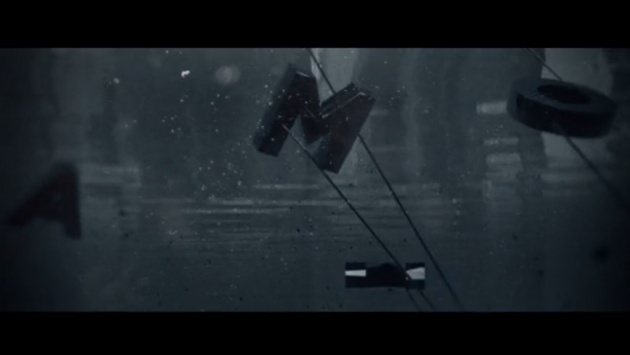 This creative video was created by "Alex Frukta. He is a Motion, Typography and Illustrator Designer from St.- Petersburg. He was born in 1992, 24 of june and Co-Founder at NORD Collective.

The typographic festival Typomania was held in Moscow for the second time supported by the British Higher School of Art & Design, Art Lebedev studio, Wacom, Adobe, Paratype, Shan design.The international typography video festival Typomania is an annual type, typography, calligraphy and video feast, which for the second time took place in Moscow on the 15-16 of June, 2013. The aim of the festival is to collect and connect as many type fans as possible and turn them in to a professional community. Moreover they see it as their goal to popularize the typography culture, be sensitive to traditions and support the most daring interesting experiments and projects. The festival is focused on young, creative, energetic people – designers, illustrators, animators.

Alex took part at the main and the special program. For the main program he had to sent organizers his works on typography he had done during 2012. Luckily enough he had to projects to show: the cinema spot for interview magazine and a music video. Alex also received an offer to take part at the contest, to create a logo for the festival, and soon after it he stated working on such video.

The main idea was to show the letters like a part of the city. Alaex think it would capture the essence of what's happening now, the history of Typomania how it enters Moscow; it's time for the festival, it spreads all over Moscow. So the letters are flying over the city in a chaotic manner till they shape the form of the festival logo. This is the final Packshot.

-All credit goes to the creator of the film Alex Frukta.-