The United Nations has called for a special court to try war crimes committed during the Sri Lankan army's long conflict with Tamil Tiger rebels.

In a long-awaited report, the UN human rights office accused both sides of atrocities, especially during the final stages of the war in 2009.

In response Sri Lanka promised a local inquiry but will not allow the proposed court, which would have foreign judges.

One UN estimate is that 40,000 Tamils died in the final army offensive.

In the government's reaction to the report, there appears to be one major shift. Cabinet spokesman Rajitha Senaratne told the BBC that ex-President Rajapaksa and his family would not necessarily be protected if there were allegations of serious crimes against them.

"Where even the president or other commanders or defence secretaries - whoever - is involved, our government is ready to take action."

But otherwise Colombo is sticking to its line that a Sri Lankan process, with nothing more international than advice, will suffice. He said a series of domestic commissions, including a South Africa-style Truth Commission, will be set up "to clear the name of the country".

That is not compatible with the hard-hitting UN report. Its main thrust is that a hybrid - part-international, part-Sri Lankan - tribunal is needed, because "years of denials and cover-ups" mean the Sri Lankan system is "not yet ready to handle these types of crime".

Earlier this week Sri Lanka's new government unveiled plans to set up a truth and reconciliation commission to examine war crimes allegations, including those against the military.

The previous government of President Mahinda Rajapaksa had resisted international pressure to investigate the issue.

Unveiling the report in Geneva, UN Commissioner for Human Rights Zeid Ra'ad Al Hussein said only a special court with international magistrates and investigators would be up to the huge task of examining the alleged crimes over a nine year period up to 2011. 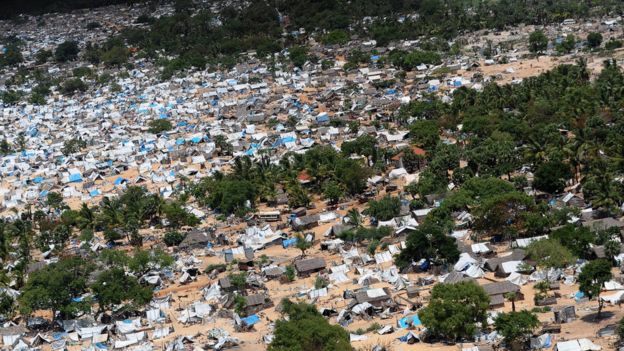 "Our investigation has laid bare the horrific level of violations and abuses that occurred in Sri Lanka, including indiscriminate shelling, extrajudicial killings, enforced disappearances, harrowing accounts of torture and sexual violence, recruitment of children and other grave crimes," he said.

He also called on the Sri Lankan government to remove from office anyone if there were credible grounds to believe they had committed human rights abuses.

Other main points include

The report said forced recruitment by the rebels would, if proven in court, be a war crime. The denial of humanitarian assistance - which it said the government might be guilty of - could also constitute a war crime.

Senior Sri Lankan minister Rajitha Senaratne told the BBC: "Our stand on war crimes is we need an internationally accepted local inquiry. We are not ready to agree with the international inquiries."

Despite its promises to pursue accountability, the government elected last month would be reluctant to hold war-crimes trials, correspondents say.

Both sides are accused of widespread atrocities over many years

Both sides are accused of widespread atrocities over many years

Team Srilanka and the world cup 2016

Team Srilanka and the world cup 2016 Image Source: www.google.com As we already know that cricket i…