View from abroad: A win-win deal in Lausanne 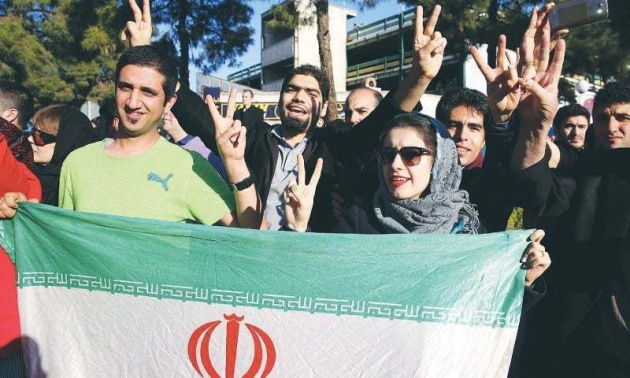 AS the people of Iran danced in the streets to celebrate the framework agreement in Lausanne, there were glum faces in Saudi Arabia and Israel. After months of tortuous negotiations, the P5+1 (permanent UN Security Council members plus Germany) and Iran have reached a broad agreement over the tight limits on the latter’s nuclear programme and ambitions.

In the Middle East where good news is as rare as hen’s teeth, this is a defining moment. Even though the rulers of most Sunni Arab states consider this the worst possible outcome, the reality is that an Iran that rejoins the international community as a full and responsible member can play a very positive role. And when sanctions are lifted and it is able to refurbish an economy gutted by years of isolation, its people will benefit and contribute to the region and the world.

Of course this is not how Israel and many Arab states view the situation. For them, a resurgent Iran is a direct threat. And it is true that the American-led invasion of Iraq presented Tehran with an opportunity to play an increasingly dominant role in Iraq. Its irregular forces are confronting the self-styled Islamic State, putting them in close proximity with Saudi Arabia. The Gulf states, too, are feeling nervous at the prospect of a powerful Iran.

But objectively speaking, the biggest threat in the region comes from the Islamic State and Al Qaeda and its affiliates, not from Shia groups. Iran no longer looks to export its revolution as it once did under Ayatollah Khomeni. Now, a growing population and widespread unemployment demand that the government improve the domestic economy rather than seek new conflicts.

As it is, Iran has its hands full in Iraq, Syria and Lebanon. And while it would not be unhappy with Houthi successes in Yemen, it has signalled its willingness to cooperate with Saudi Arabia to bring the warring factions to the negotiation table. But Riyadh’s trigger-happy behaviour seems to have pre-empted this option for the time being.

The nuclear framework agreement is still a work in progress, with many details yet to be worked out. No doubt hawks in Washington, Tel Aviv and Riyadh will try to persuade the US Congress to throw a spanner in the works. But a solid majority of Americans favour a diplomatic solution over a military action to neutralise the Iranian nuclear programme. With good reason, they are fed up of years of their country’s involvement in overseas wars.

As President Obama pointed out in the immediate aftermath of the successful conclusion to the talks in Lausanne, the two options to diplomacy were war with Iran or no negotiations. The latter would have allowed Iran to proceed to a nuclear weapon. And an attempt to bomb Iranian nuclear installations would have sucked the United States into yet another armed conflict in the Middle East, with unforeseeable consequences.

Many have doubted Obama’s resolve, pointing to his refusal to attack Syria when it appeared to have crossed the famous American red lines with its alleged use of chemical weapons. But he has consistently stuck to his guns in resisting huge pressure exerted by Netanyahu and his right-wing American supporters in and out of Congress. He has also snubbed his other Middle East ally, Saudi Arabia.

His strong political support, combined with the untiring efforts of his Secretary of State John Kerry has brought off a rare major success in the Obama presidency. Written off as a weak, professorial leader by his many critics in the right-wing media as well as the Republican party, this diplomatic triumph may well come to define his term in office.

In the post-Cold War period, the United States has been the sole superpower, and therefore considered itself above international law and the need for patient negotiations. George Bush, in particular, had little time for the United Nations and the need to evolve a consensus. Against this backdrop of the unbridled use of power, Obama’s patient and courageous search for a diplomatic solution should serve as a model for his successors.

For Iran, too, this represents a win-win outcome. The hardliners in Tehran have received a setback, and the moderates led by President Hassan Rouhani have been strengthened. And while other differences with the United States remain, this major irritant has been resolved peacefully. Although Iran will have to suffer the indignity of intrusive inspections, this is a small price to pay for lifting sanctions. The agreement allows Iran to continue with nuclear research, thus permitting Rouhani to offer his countrymen a face-saver.

Even though Supreme Leader Ayatollah Khamenei has issued a fatwa declaring nuclear weapons to be evil, and has assured the world that Iran would never develop such technology, I suspect Tehran’s true ambitions were far less benign.

A major oil-producing country like Iran does not need to spend billions in developing and dispersing nuclear installations just to produce electricity.

Had not ex-president Ahmedinejad used such bellicose, anti-Semitic rhetoric throughout his tenure, Iran’s nuclear programme might not have come under such close scrutiny. But his shrill tone and threatening views rang alarm bells from Tel Aviv to Washington. Only with Rouhani’s election did the P5+1 consider Iran a serious negotiating partner.

Sceptics in Saudi Arabia, Israel and elsewhere will continue to suspect Iran of secretly continuing its bomb-making efforts, and will do their best to torpedo the final agreement due to be signed by June. For these people, any gain for Iran is to be blocked at any cost. The Saudis, in particular, are engaged in struggle for regional domination with Iran, and the lifting of sanctions is a bitter blow for Riyadh.

Its ongoing bombing campaign in Yemen is, among other things, a message to Tehran.