WHAT IF...The Soviets Had Invaded Japan In World War II ? 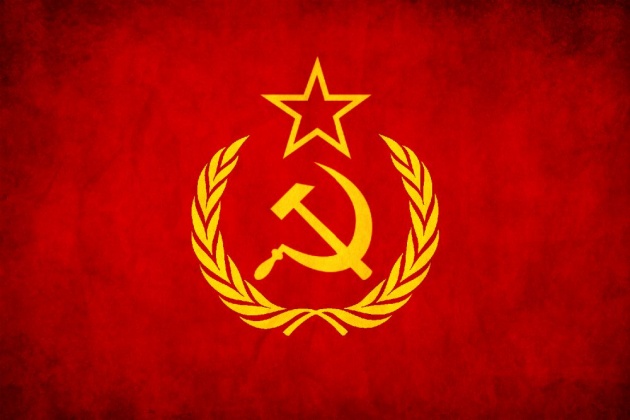 What would have happened if the Soviets had invaded mainland Japan in WWII?

The Soviets did invade the Kuril Islands north of Hokkaido in August of 1945. Japanese sovereignty over those islands was agreed between the Russians and the Japanese in the 19th century, and continued Russian control of these since 1945 is an issue of contention between Russia and Japan today. Had the Soviets pushed further south, they would certainly have had a larger voice in the occupation administration, perhaps having control of their own zone of occupation as in Korea and Germany. The result could have been, as in North and South Korea and East and West Germany, the creation of divided and ideologically opposed states in post-war Japan. The post-war occupation of Korea had the unintended consequence of dividing what had been a whole nation. Korea, like Japan, was an ethnically and linguistically homogenous country, with a long national history. It was occupied by the Allies who planned to administer the occupation in zones while cooperating with each other to prepare Korea for independence. However, as the United States and the Soviet Union advocated very different types of government and economic systems, the regimes that emerged from that very brief divided occupation were very different from each other. During the occupation, both occupiers worked to support friendly governments based on their own models. This helped to create the division between North and South Korea, although both of those new countries hoped for a reunification of the peninsula. The same might have happened in Japan, with a capitalist and pro-US South Japan, which would have included major industrial and population centres like Tokyo and Osaka, and a communist pro-Soviet North Japan. Although this divide would at first be artificial, as time went on, the different governments and continuing events could have deepened the rift.

How would it have been different from the Allied occupation of Japan after the war?
This depends on how far the Soviets would have gotten moving into the home islands of Japan before the war ended. The Allied occupation was dominated by the Americans, but it was a joint project, which included the Soviets (along with the British and Chinese). These countries had a voice in the occupation administration through an advisory body called the Far Eastern Commission. As stated above, had the Soviet Union invaded large parts of the Japanese home islands, it would have had a larger voice in the occupation, perhaps having its own zone of occupation. Under the administration of very different kinds of states (capitalist and communist), the different zones would have developed in very different ways, as in North and South Korea until that occupation ended in 1948. The question of whether Japan should be administered in zones by the major Allies, or whole under the Americans, was actually not settled until July and August of 1945, so at the time the possibility of a Soviet-controlled zone in Japan would not have been surprising. Certainly the Americans and British would have wanted the zone line to be drawn to deny the Soviets control of Tokyo. Unlike Germany, where the Soviets bore the brunt of fighting, the US had provided most of the force for the Pacific island-hopping campaign, which led to Japan’s defeat. US officials and the public therefore expected a larger role in the post-war period. 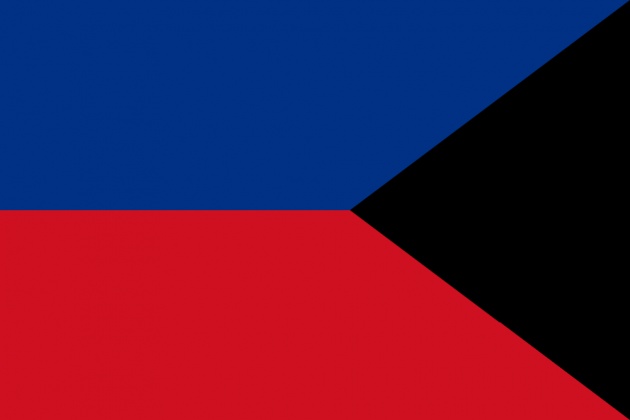 How would the US involvement in Vietnam and Korea have changed?
This is a hard question to answer. US support for South Korea might not have changed, but it is hard to say whether North Korea would have been more or less likely to invade South Korea in an attempt to reunify the country (starting the Korean War), or whether Russia and China would have been more or less willing to support it. The same with Vietnam – perhaps the Americans would have felt over-stretched in Asia and not have gotten involved in French colonial questions, or maybe the possibility of communist spread would have seemed like an even greater threat. 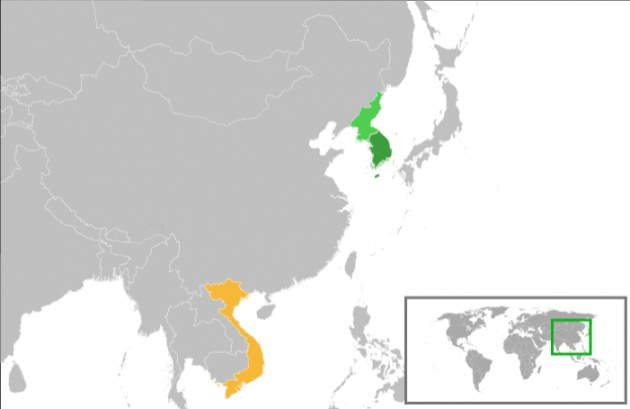 What would have been the US response to the invasion?
The Soviets and Americans were allies in WWII, fighting together in the European theatre. The Soviet Union and Japan had signed a neutrality pact in 1941, so the Soviet Union wasn’t involved in the Pacific theatre of the war until August 1945. However, the US had been pushing for Soviet involvement against Japan since 1942. The Roosevelt and Truman administrations both hoped the Russians could fight the Japanese army in Manchuria and help with the invasion of Japan that was planned before the successful test of the atomic bomb. While there were some dissenting voices in the US government, by and large the administration supported the idea of Russia joining the fight against Japan and becoming part of the invasion and occupation. 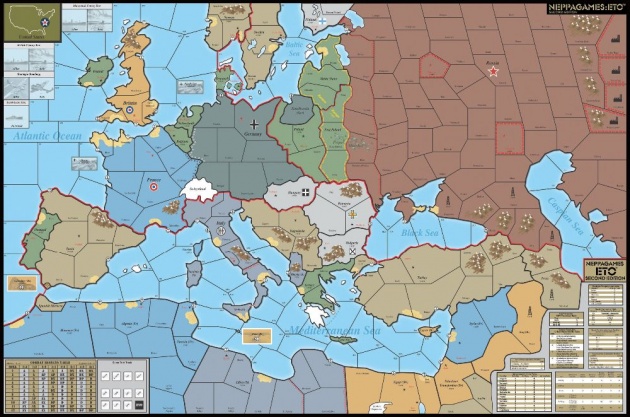 Would there have been any Japanese resistance to Soviet rule?
The Allies expected substantial resistance after surrender, both to occupation on the home islands and to surrender by Japanese troops abroad. On the whole, the Allies were surprised at the level of cooperation and the fact that a major resistance did not emerge. The Russians would have faced the same challenges with occupation; a food crisis, housing and public health issues, damaged infrastructure and widespread devastation. An extended invasion before surrender would have made such problems worse.

Would the Soviets have stopped at Japan or invaded anywhere else close by?
Russia had interests in northern China (Manchuria), Korea and the Kuril Islands from the late-19th century, and invaded all of those places at the end of WWII. It did not have significant interests further south. 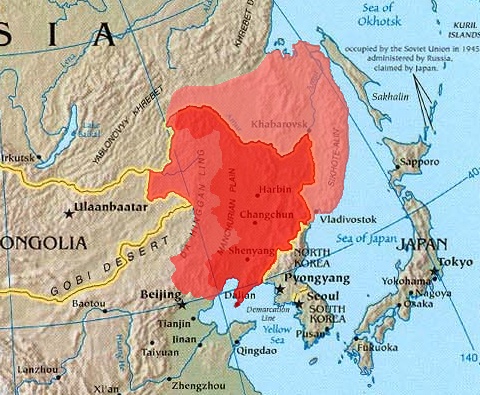 Would the USSR have broken up sooner due to resources being stretched or would the Iron Curtain have been strengthened?
It’s difficult to say, because so many things would have been different. Certainly the occupation was a long and expensive project, and post-occupation support would have been as well. However, it is unlikely that support of or influence over Japan would have demanded more resources than other states in the communist camp did. This is especially true as Japan had the ingredients necessary for a successful post-war reconstruction, with good infrastructure and an educated population with experience in industry, finance and agriculture. 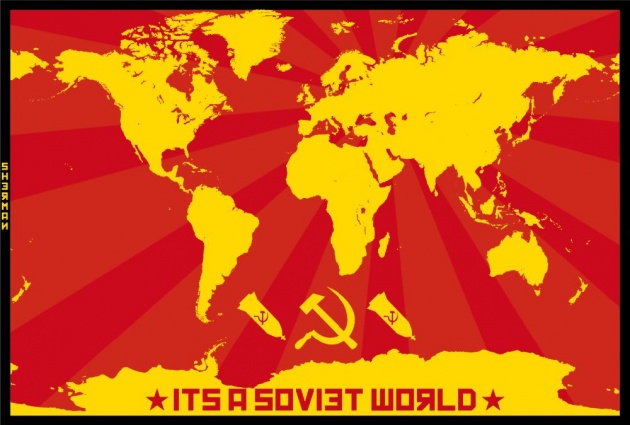 How might the USSR have benefited from this new communist Japan?
If a communist Japan had been successful, this would have made the communist model more attractive to other states. A successful and pro-Soviet communist Japan would have increased the power of the Soviet Union, giving it more influence in East Asia and another ally in the Cold War. Japan’s success would have demonstrated that the Soviet model of governance and development worked, possibly persuading other countries to adopt communism. Importantly, a Soviet-allied Japan would have denied the US one of its most important bilateral relationships in the post-war world. US military bases in Japan have been a major source of their power and influence in the region. Without this alliance, the United States would have had a smaller presence in the region, especially in light of poor relations with communist China. In the zero-sum game of the Cold War, a weaker United States would strengthen the position of the Soviet Union.

How long would Soviet rule have lasted – would they still be in charge today?
The occupation of Korea lasted from 1945 to 1948, and the Soviets supported early Korean independence. Japan’s lasted until 1952, which was longer than had been expected. The occupation of Japan will likely not have lasted much longer if it was divided into zones. The Soviet Union supported a short occupation of Korea after WWII and during the war proposed containing Japan by creating ‘strong points’, Allied military positions surrounding the country. It is unlikely that Russia would have supported a long occupation in Japan. 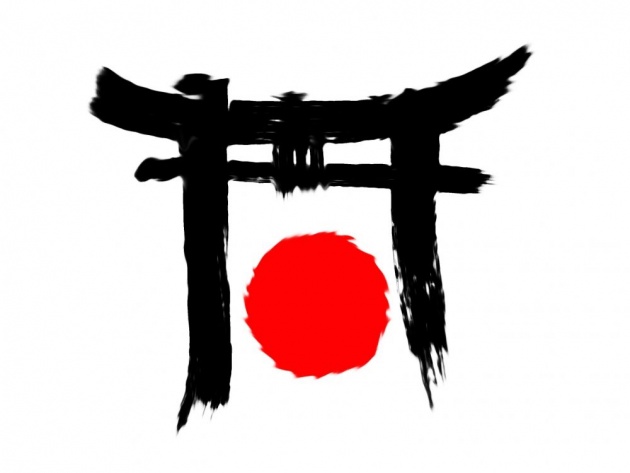