What is Your Image of Press Freedom? 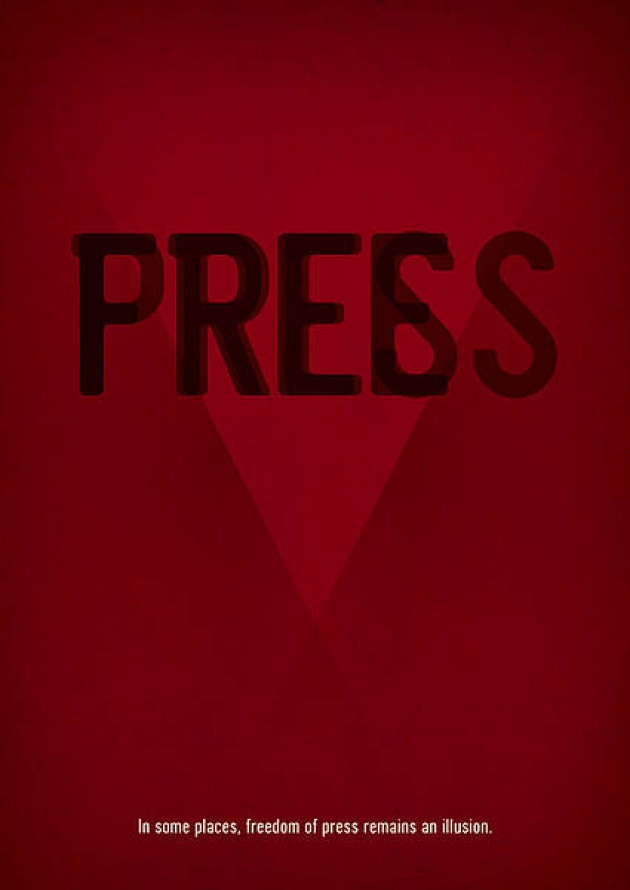 Today is World Press Freedom Day, and eYeka's global online community leader in consumer co-creation held a “contest” asking its audience “to create a poster (either using photography or illustration) that shows the importance of having a free press and ensuring the safety of journalists.” journalists. During April, the contest period, a hundred striking images, licensed under creative commons and meeting the criteria of originality, quality, relevance and narrative, were accepted. The topic’s importance resonated with many around the world with participants hailing from 23 countries including Algeria, Argentina, Belarus, Belgium, Chile, Colombia, France, Greece, India, Indonesia, Malaysia, Mexico, Netherlands, Philippines, Portugal, Russian Federation, Spain, Singapore, Uganda, UK, USA, Venezuela and Vietnam. (Also See our Blog for Film on World Press Freedom Day 2012 Honoree & Jailed Iranian Journalist

eYeka is the global market leader in online consumer co-creation. It leverages a community of 200,000 creative consumers from 94 countries that helps companies generate fresh creative ideas, unlock innovation opportunities and drive consumer engagement at a global level, in a matter of weeks and within a confidential, IP protected environment. eYeka serves more than 40 of the top 100 brands such as P&G, Kraft, Coca-Cola, Unilever, Danone, Hyundai and Microsoft and is present in France, Singapore, China and UK. For more information: http://en.eyeka.net.

The top images and the finalists can be downloaded here.