What will the Ethiopian Athletes really contribute in LONDON OLYMPICS?

Athletics is one of the most interesting sports that Ethiopians are internationally known.We,Ethiopians have strong relationship in Athletics in terms of our day to day activities.Specially,in the rural areas of Ethiopia,students are forced to go a long distance since there is no access of education in nearby areas and this gradually makes them to train naturally with walking and running long miles.Even though Ethiopian parents are influenced their children to focus only on educational matters,some exceptional individuals who are interested in Athletics burst out and become the popular runners of all times.

Since the time of Rome Olympics,Ethiopians have been participated in Athletics and win gold,silver and bronze medals.Abebe Bikila,Mamo Wolde and Mirutse Yifter were the pioneers in introducing Ethiopia to the world of Olympics by contributing unforgotten marks for their country and of course for Africa.After this time,a lot of Athlets were came to the truck such as Haile gebreselassie,Derartu Tulu,Fatuma Roba,Kenenisa Bekele,Tirunesh Dibaba,Meseret Defar and so on.These Athlets have won gold,silver and bronze medals in different Olympics.Hailegebreselassie is the most popularly known in breaking more than 27 records of 5000 and 10000 meters run and the holder of most international Athletics records ever.Following him,Kenenisaa Bekele and Tirunesh Dibaba get the second and third order in the history of Ethiopian atheletics.

The people of Ethiopia as in any  other times,are expecting many golds and silver from the Ethiopian Athletics committee and I hope that they will proud us in taking the Ethiopian flag up to the mountain of success.London Olympics will show us something new record in the section of running 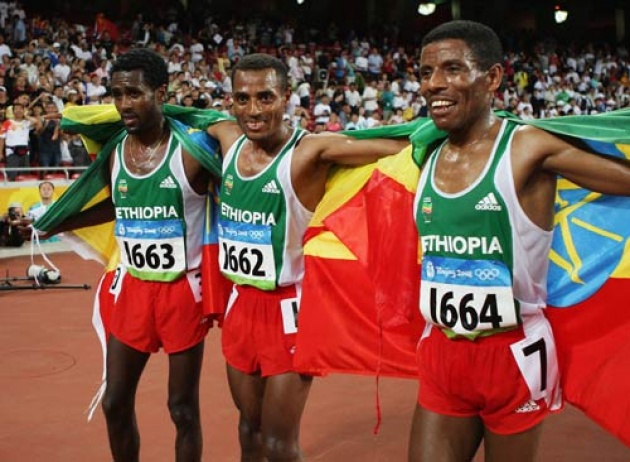 and I wish to have a nice  run competition

I am Hailemichael yihun,25, from Ethiopia.I have studied primary and secondary education in Ethiopian schools.Then I have joined local university in Ethiopia studying Civil engineering and now I am a graduated civil Engineer.I am a prolific writer,student and blogger.

NOVAK DJOKOVIC Novak Djokovic, a 28 year old guy who is a professional tennis player from Serbia.He…

After 1948,London is not lucky to prepare the international olympic for a long period of time.Thiank…