The City of Joy as named by Dominique Lapierre in his famous book of the same name, many know of my city Kolkata as the cultural capital of India. The literature and cinema immortalized by the likes of Rabindranath Tagore and Satyajit Ray, Kolkata is indeed a legacy etched in the history of India. Talk of Kolkata and you think of the grand Durga Puja celebrations, the magnificent Victoria Memorial, the historic Howrah Bridge, the droolworthy mishit doi and sondesh, and of course the lively adda, para and club culture here, which is as unique as the poignant Rabindrasangeet. However, a race with the other urban centers in terms of employment opportunities has outmaneuvered Kolkata. Shiladitya’s story leaves us with a feeling that there is more to Kolkata than just culture and heritage, something which is not so pleasant.

It was in the year 2013 that Shiladitya Sengupta acquired an engineering degree from the Techno India University, Kolkata. He wanted to work in his hometown, Kolkata so that he can look after his parents when they needed him the most but as per fate, his job hunting turned futile as he was never satisfied with the standard of payment offered my most companies in this metropolitan. Ultimately, on a friend’s suggestion he landed up in Mumbai and bagged a dream job with a handsome startup salary. Well, this is the story of many others who are bound to leave Kolkata in search of better job opportunities.

With a population of over 10 million, Kolkata is rightly one of the biggest talent pools of India. No doubt that the education structure of Kolkata churns out a big bulk of highly educated and talented youths each year. The city features some of the oldest and the best schools and colleges, but when it comes to fulfillment of career aspirations, freshers are compelled to look beyond the Kolkata boundary.

It is a sad thing that the Kolkata’s finest are flocking out of the city as major job hubs of India like Delhi, Bengaluru, Gurgaon, Mumbai, etc. are able to cater to their staple demands for better career prospects, fatter paychecks, and better opportunities of learning while earning. Most executives yearn not only for a smart salary, but also a better support system and a better lifestyle, something in which Kolkata lags behind as compared to other metropolis.

A recent research by the Times Jobs revealed that their database showed a steep spike when it came to talent supply from Kolkata to other urban cities. According to surveys, major industries including IT, telecom, engineering, banking and finance take in hoards of fresh talent from the Bengal capital each year. The forte that urban hubs like Noida, Delhi, Gurgaon, Ahmedabad, Bengaluru, Hyderabad, Pune, etc. have created for themselves in the job market is the major attraction for job seekers from Kolkata. The remuneration difference between Kolkata and Bengaluru is as much as 30%, luring job hunters to move to the Silicon City. However, it is not only the pay scale, certain skills like auto designing is unlikely to fetch you a job in Kolkata. Also with top notch professionals looking for designation growth, national roles, long term career view they are more than willing to relocate to Delhi and Bengaluru.

With no dearth of fresh and young talent in Kolkata it is high time that the reigning Government takes more than a step forward in bringing up the standards of the present job market. Assuring our youths with the future of a mammoth career growth, long term benefits, attractive perks and of course handsome pay scale is certainly the need of the hour, something that can definitely help us in retaining our talent pool. Creating a perfect niche for Kolkata in the job market along with the magnification of the existing sectors is very much necessary so that more and more jobs are created. The day when Shiladityas don’t have to leave their hometown in the quest of a promising future in distant lands will certainly be the day when Kolkata will serve as The City of Joy for our young talents. 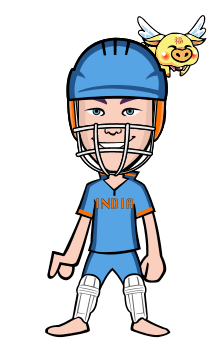