Social media can be a great tool for keeping in touch with people, making new friends, and socializing effectively. Unfortunately not everyone uses it that way. For many, checking Facebook has become almost like a job. They post for likes, see what others are doing, and become almost obsessed with knowing exactly what’s going on everywhere all at once. They play all the games and participate in all of the fads (like quizzes). This may be you or someone you know. If it is then maybe it’s time to quit. Here are 10 things that will happen once you stop checking Facebook all the time.

I use the phrase “brain dead” figuratively here. When you’re buried in a screen checking Facebook, you’re not paying attention to the world around you. Your animals may need to be fed or to be let out to use the restroom. You’ll do it but only after you’re done on Facebook. You may go places but still be on your phone all the time. If that happens, you’re not even experiencing what you left your house to experience. When you put Facebook down, you put your head up and start looking at what’s going on around you and you’ll be more cognizant of everything. For your hungry pets or your friends who wanted to hang out with you, that’s a good thing.

As a blogger, I’m on the internet fairly frequently (read: constantly). My greatest enemy is social media. It’s easy to minimize the tab with the blogging stuff in it and go check Facebook or Google+ for a few minutes. A few minutes turns into a quarter of an hour and before I know it, I’ve lost 30 minutes of productivity. Thanks to smartphones and improving mobile data speeds, you can check Facebook anywhere and that includes at work. When you put it down, you’ll have to do something else to keep from being bored and that usually means doing actual work. If you do put it down then expect your productivity to go up.

3. You can focus on other things.

Being on Facebook takes up a lot of time. You can waste insane amounts of time just scrolling through updates. This is especially true since Facebook doesn’t adhere to a chronological posting format anymore. Putting down Facebook means you’ll be freeing up a lot of time. That’s time that can be spent doing other things. You can spend more time with your significant other and make your relationship stronger. You can spend more time with friends and reconnect with them on a different level. You can get on a treadmill and lose a few pounds, get back into shape, and feel better about yourself. The possibilities are literally endless because you’ll be spending time doing what you want to do. 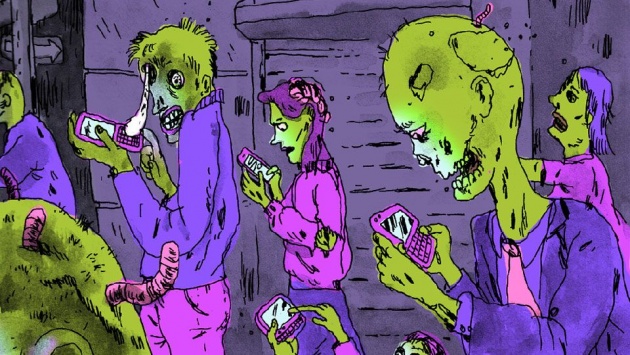 4. You can find out who your real friends are.

Having a good internet friendship is easy. Liking people’s posts and commenting on their photos takes mere moments. Someone who comments on all of your photos and likes all of your status updates spent 45 seconds doing it but they appear as though they really care and that they’re a real friend who is interested in you. Once you leave Facebook, a lot of that will disappear. The only people who want to actually hang out with you are people who care about you and who want you around. Leaving Facebook is going to help you find those people really quickly.

5. You will learn the word “like” has no meaning.

Audra Rundle from the Huffington Post made an amazing point regarding this. She states that liking things on Facebook is no longer a matter of actually liking the post. It’s an obligatory action to show that you have seen the post and acknowledge its existence. Many people are too close to the problem to see it directly. Taking a step away can show you just how useless the Like button is now and how few people actually care about the things they like.

6. You will feel more accomplished

The defining characteristic of Facebook is that you’re never done with it. There is always more to do, more to see, and more to engage with. Dealing with that feeling of “never done” all day long can be emotionally and mentally draining. Doing things outside of Facebook can fix that problem. You can finish a book. You can finish planting a garden. You can finish washing the dishes. Pretty much any task in the real world is something that you can finish. We as humans feel almost high on the sense of accomplishment. Don’t rob yourself of that feeling. Get off of Facebook and finish something.

7. You will get rid of the stalkers.

Practically everyone who uses Facebook has a stalker. That is especially true if you happen to be a woman. People can look at your photos, your updates, and everything without your permission and some people actually do that. Creepy guys will frequently browse the photos of their crushes. Creepy women will do the same thing (albeit less frequently). People you’re not friends and people you don’t want to be friends with can see your information. Even if they can’t see you directly, they can see who you associate with. Your less privacy-minded friend may post that they’re going to the mall with you. Now your stalkers know where you are.If you leave Facebook, you’ll be totally immune to those kind of creepy people.

8. You will actually feel better about yourself

A study was conducted and has pretty much proven beyond a shadow of a doubt that Facebook makes you feel bad about yourself. There are so many reasons for this. When you post a status and no one likes it, you feel like everyone thinks you’re stupid. When you post photos and members of the opposite sex don’t comment on how good you look, you feel ugly. You’re constantly exposed to people who are happier than you, more successful than you, and who have stronger relationships than you. How is that not supposed to make you feel inferior or utterly depressed all the time? Why would you want to put yourself through that? There’s an easy way to stop and that’s taking a break from Facebook.

9. You will feel better about the things you own.

Reuters reporter Belinda Goldsmith published a piece regarding some research that had been conducted in Germany about how people feel on Facebook. The end result was that people actually become more jealous and envious of what others have on Facebook. It may be someone posting about their new phone, car, house, or other possession. There are some who get jealous when they see people in happy relationships be it friends, boyfriend/girlfriend, husband/wife, or family relationships. Facebook is a great place to brag about what you have and that means it’s also a great place to read about all the things that people have that you don’t. Like I asked earlier, why would you want to put yourself through that?

10. You will realize that all you ever were to Facebook was a piece of data that viewed advertisements.

We have no doubt that there are people on Facebook who legitimately care about you. However, we also have no doubt that Facebook itself couldn’t care less about you. To Mark Zuckerberg you are a piece of data in his giant database to be mined and exploited. Your job on Facebook is to view advertisements, spend money on Facebook games, and make the site rich. What happens to you aside from that doesn’t really matter to Facebook. You wouldn’t stay in a relationship with a person who treated you that way, so why stay in a relationship with Facebook?

I know this sounds like a Facebook bash post and it definitely is to an extent. However, social media sites were made for a reason and somewhere in the last 10 years, we’ve all forgotten what that reason is. That includes you, me, and even the social networks themselves. It’s not about finding people, or about connecting, and creating lifelong friends anymore. It’s about fads. It’s about chain-liking status updates like a smoker chain-smokes. It’s an addiction and it’s a job and you don’t really get anything out of it. We’re not saying you should leave Facebook for good. That’s a little drastic. However, you should definitely have less of it in your life. You’re not missing much by not going on Facebook 30 times a day. We promise. 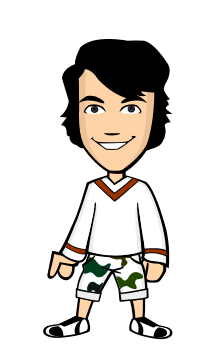