Who is Russia’s Sergey Lavrov as Syria Vote Presses? 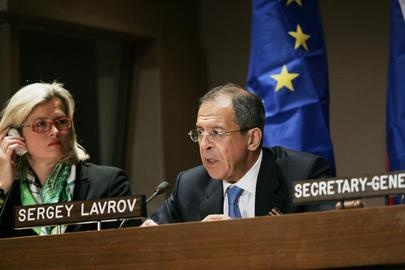 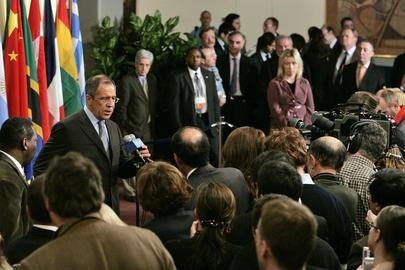 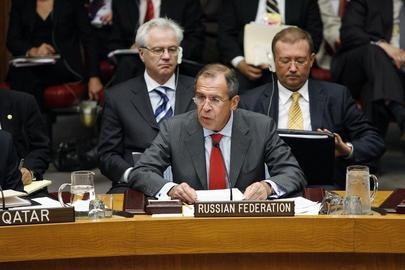 “The key to overcoming Russian stubbornness at UN Security Council may be in pressing in the General Assembly…” The spike in killings and violence in Syria, especially Homs, is prompting an acceleration of discussions on the UN Security Council Resolution. A vote may take place now as early as Saturday afternoon/evening, BUT such Resolution being adopted depends very much on Russia’s Foreign Minister Sergey Lavrov, (who became Russia's Foreign Minister in 2004 after decade as UN Ambassador in NYC), Re-assertive Russia’s UN Face: Ambassador Lavrov and I would first met in 1994 when he arrived as the Russian Federation’s UN Permanent Representative and I was then Bosnia & Herzegovina’s UN Ambassador. He was different in style and to degree substance from his predecessor Yuri Voronsov. Ambassador Voronsov was a genteel diplomat in the old tradition bridging at the UN the transition from the Soviet Union to the Russian Federation. Lavrov was more vocal and visible increasingly exhibiting an inclination, maybe even desire to challenge the US and its western allies at the UN Security Council. He turned the silent threat of veto into something wielded rather more visibly, very visibly, and no issue other than the continuing war and genocide against Bosnia & Herzegovina (BiH) drew the attention. Ambassador Lavrov employed BiH both to assert Russia’s reemergence in what was then termed the new world order and to promote it in context of lightly veiled Orthodox Slavic solidarity. Diplomatic Counterpart as Bosnia War/Genocide Raged: Combative and rhetorically unrestrained frequently in public debates, Sergey was a gentleman and always approachable behind the scenes. We did not find common ground very frequently. The only way to usually counter his threats of veto at the UN was head-on. He was easy to have a conversation with but tough to move unless you compelled him to choose to play his ultimate card, Russia’s veto at the UN Security Council. We had managed to open several other diplomatic fronts, the International Court of Justice and the UN General Assembly to counter the impact of threatened veto. (The threat of veto back in mid-990’s was perhaps even more of hurdle than it actually being cast – of course Paris, London and to degree even Washington employed Russia’s presumed veto on regarding Bosnia to avoid doing more in confronting Milosevic’s Belgrade). Veto-Delaying Inevitable in Syria & Also Losing Arab World? US Secretary of State Clinton will meet with Foreign Minister Lavrov this afternoon. Moscow has much to lose, actually it could discard its influence with most of Arab world by casting a veto to put-off the inevitable in casting veto in favor of Syria’s Assad. Being stubborn, I’m not certain that this consequence will be clear to Sergei. (Contrary to statements by some including Wikipedia description, Lavrov does have substantial influence, perhaps defining over Russia’s foreign policy strategic direction. Vladimir Putin may call the final shot, but he will not exercise it except on issues most critical to relations with US and other big powers). UN General Assembly as Counter to UN Security Council: The threat of Syria matter ending up before UN General Assembly and the Syrian regime being effectively suspended in the work of the United Nations – see Milosevic’s “rump-Yugoslavia” in 1992 and Apartheid South Africa before Nelson Mandela’s victory being sanctioned/suspended. Moscow would not want to continue bleeding critical diplomatic capital and goodwill by having to support the Syrian regime in such a trench battle with most of the UN family and a battle it will eventually lose. Such suspension of Syria from UN General Assembly would probably do more to force Assad out than a watered down UN Security Council Resolution where the Arab League Plan becomes undistinguishable. (US though is disinclined to employ UN General Assembly as counterweight to UN Security Council as it frequently finds itself in minority in exercising veto – see Israel/Palestine). The key to overcoming Russian stubbornness at UN Security Council may be in pressing in the General Assembly, alongside with the Arab League (where it would be most influential). Read - “Moscow is Loser in Syria” - diplomaticallyincorrect.org/films/blog_post/moscow-is-loser-in-syria/44316 Ambassador Muhamed Sacirbey - FOLLOW mo @MuhamedSacirbey Facebook-Become a Fan at “Diplomatically Incorrect”       Twitter – Follow us at DiplomaticallyX