Why are British films women’s pictures? 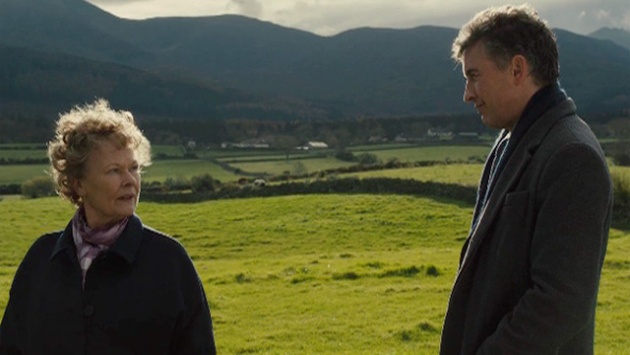 Can a national cinema be a genre? We think of Hollywood films as displaying certain characteristics across a range of genres. Heroes overcome adversity through their optimistic, go-getting, buck the system approach. Whenever a guy in a Hollywood movie says ‘I’m not gonna do that’ in the next scene he does that. Fans of Meatloaf know what I’m talking about. The goal will be reached by individuals working together and it will be a double triumph – for a man and a woman or two men. Characters achieve redemption from a clearly defined low point; the re-equilibrium is ‘you like me, now – before I was a jerk with some issues but I had some skill; but on this case, with this partner, I can overcome my alienating attitude, show the capacity for self-sacrifice without, you know, actually sacrificing myself and win. I might total a city, a wedding hall or maybe even a planet of hostile aliens, but I’ll win. With any luck, there’ll be a sequel.’

So that’s Hollywood. But which genre does a British film belong to?

British movies are women’s movies. By which I mean the protagonists are defined as less in control of the action. They are to be looked at, the object of our gaze, rather than a surrogate hero through which we participate in the action. British heroes don’t change systems or blow up planets or even win the girl. They have limited success. They are defined by regret, loss, tragedy. We cry during British movies or we notice the absence of the connection point, when filmmakers resist working the mechanics of the form. Very importantly, British films are women’s films even when the protagonist is male – and I’ll get to James Bond later.

The best British films, the most successful ones at the box office, have either female protagonists or the narrative trajectory of a women’s film. British directors like Michael Apted, Ridley Scott and Stephen Frears make women’s films. Consider Frears. Biggest successes: THE QUEEN, PHILOMENA, DANGEROUS LIAISONS, THE GRIFTERS. These are films where women define the narrative. Michael Apted made AGATHA, COAL MINER’S DAUGHTER. John Schlesinger made YANKS. Richard Curtis’ whole oeuvre is based on bumbling men and sexually confident women; the men don’t become more confident, they just find themselves liked and for that we are happy. It is significant that Curtis’ films feature strong American women; we love that Statue of Liberty.

Women’s films are historically melodramas in which the protagonists overcome overbearing female oppressors, the Wicked Stepmother or the conniving boss. The protagonist is envied for possessing something different which must be suppressed. They resist a figure but find peace in convention; the happy wedding or the kiss – or even tears. There is no significant challenge to patriarchy. Love and forgiveness are preached and it is these qualities that win the audience over, again and again.

PHILOMENA is a case in point. Philomena Lee has an illegitimate child, whom she loves. Her unqualified love for another human being is resented; she is a sinner, she doesn’t deserve it. Nuns sell her child to an American family by denying them contact with the mother. For their part, they are giving the child a better life. Philomena is broken but has faith and only a meeting with someone at a low point in their career for different reasons can help her. Philomena discovers the fate of her child, but where the journalist Martin might want justice, Philomena preaches only forgiveness. Philomena’s son inspired love and never forgot where he came from; he was the reflection in the forbidden mirror. For that, Philomena felt justified. But nothing in material terms changed.

MANDELA – LONG WALK TO FREEDOM is another British film but also structured exactly the same way. It is notable that both the writer and director are British. The protagonist, Nelson Mandela (Idris Elba) is a lawyer who was more active in politics in his early years than is suggested by the movie. In the film, he has his head turned a protest, suggesting an apolitical man finding a struggle. He is resented by an oppressor, in this case, a whole caste of White South Africans. A white woman protests about being cross-examined by him; he doesn’t have the right (in her eyes). Nelson’s first response is peaceful protest, though his group does engage in sabotage. He is captured and imprisoned. He shows his dignity and successfully persuades the prison authorities to swap demeaning shorts for long trousers. He does not let the system dim his objective. Significantly in LONG WALK TO FREEDOM we never see the moment when power is relinquished because in reality we know it wasn’t. Mandela got the Presidency but White South Africans kept the economy. So LONG WALK TO FREEDOM ends with an image of triumph that we don’t believe. It is important to note how we watch Mandela. We don’t identify with him, see the world through his eyes. We admire Idris Elba’s physique – the first thing we become aware of, broad shoulders moving, a boxer’s physique. Mandela preaches love as Philomena does but her story feels more satisfying and complete. Twenty years on and South Africa is far from solving its problems.

You can take the majority of British films and subject them to a formal test. A crime drama like THE RISE begins with a young man being interviewed. He’s been caught. He’s telling his story. His narrative trajectory is of the boy put in a jail for a crime he didn’t commit who takes revenge on the man who put him there – the surrogate oppressor – and then returns to jail knowing he has been validated and knowing that his girlfriend still loves him. He hasn’t changed the world or learnt from his mistakes but has been validated; there is no character flaw that he had to overcome; he was resented because he was young and the man who ensured he was jailed liked his girlfriend.

British films don’t give us the same kind of uplift as American movies where we see a system being successfully defended from hostile forces. We see an injustice put right or reconciled but the system is still broken. By the way, last year there was a British film actually called BROKEN - an archetypal title.

So what of James Bond? Surely we want to be him? Let’s start with the obvious. Especially in the incarnation of Daniel Craig, Bond is presented as erotic spectacle (in those swim trunks). He does the service of a woman, M, which might just as well stand for Mother. Is he oppressed? Well, he has no normality – he exists for his missions. He is an unreal character with no coherent home life. He is despatched, which is to say he is not in control of his actions or destiny. Bond never, at any point, fights for a normal life. The women that he encounters are a distraction, which is to say they are a distraction for us, a kind of sop to conventional Hollywood – of course he is going to fight for the woman. There are always two women in Bond movies, one who lives and one who does not; one effectively cancels out the other. The battles take place in foreign climes, remote from our world. London’s skyline never changes; even when MI6 takes a hit. Things remain the same. The difference in SKYFALL is that M took the place of the ‘Bond Girl’ in battle. She died, precisely to reinforce the patriarchal system, as Ralph Fiennes’ character steps in to takes charge.

SKYFALL feels like the last ever James Bond film; director Sam Mendes did not intend to make another; he has been bounced into BOND 24, currently being scripted, but it is difficult to imagine where they could take the franchise. The most narratively-satisfying Bond film, ON HER MAJESTY’S SECRET SERVICE, ends with Bond’s wife being killed. It was a tragedy. Bond is recognised as a Playboy fantasy figure, but whereas there are plenty of American heroes to summon up courage – Jack Ryan, Jason Bourne, Indiana Jones - there hasn’t been another Bond, a franchise character that we like to watch. He exists in his own bubble, like the Santa in a Snow globe. His fights are rarely personal; he isn’t a viable alternative to the classic British female hero.