Will Matthew McConaughey Finally Win an Oscar for This Role? 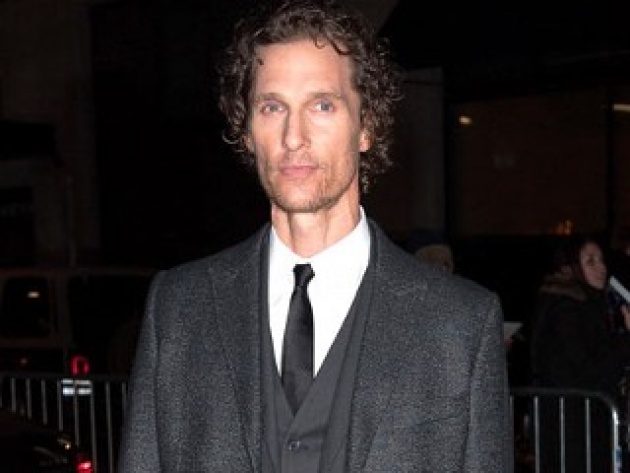 I love Focus Features, the indie studio who values storytelling over big-budgeted films. And I'm loving Matthew McConaughey lately especially with his scene-stealing turns in last year's "Magic Mike" and "Killer Joe." So I was pleasantly surprised that Focus has purchased "Dallas Buyers Club" starring McConaughey as Ron Woodruff, an '80s-era AIDS patient who started a "buyers club" for HIV-positive folks needing medication. The true-to-life film also stars Jennifer Garner as Woodruff's doctor and actor turned rockstar, Jared Leto, as a cross-dressing AIDS patient (perfect role right?). Jean-Marc VallVallée, the guy who gave us "The Young Victoria," directed the film from the original screenplay by Craig Borten and Melissa Wallack.

"Dallas Buyers Club" will be released during the second half of 2013, yup, the awards season!

NEW YORK, April 23rd, 2013 - Dallas Buyers Club, currently in post-production, has been acquired by Focus Features for domestic theatrical release in the second half of 2013. The company has also acquired Latin American rights to the feature. Focus CEO James Schamus and Focus president Andrew Karpen made the announcement today.

In Dallas Buyers Club, Mr. McConaughey portrays real-life Texas electrician Ron Woodroof, an ordinary man who found himself in a life-or-death battle with the medical establishment and pharmaceutical companies. In 1986, Ron was blindsided by being diagnosed as HIV-positive and given 30 days to live. With the U.S. still internally divided over how to combat the virus and restricting medications, Ron grabbed hold of non-toxic alternative treatments from all over the world by means both legal and illegal. Seeking to avoid government sanctions against selling non-approved medicines and supplements, he established a "buyers club," which fellow HIV-positive people could join for access to his supplies.

Mr. Schamus and Mr. Karpen commented, "Matthew McConaughey is an actor at the top of his game, and he incarnates Ron Woodroof by showing how his self-interest was galvanized into something much more. Audiences will want to take this journey with him, Jared Leto, and Jennifer Garner, as guided by their dynamic director Jean-Marc Vallée."

Mr. Vallée said, "I'm extremely pleased that we are partnered with Focus Features. They have a long and successful history of sharing memorable stories. Ron Woodroof's story is one of an imperfect man and his fight for survival, during a confused and desperate time. We all believe that this film had to finally be made, and we are all grateful and privileged to be part of this project."

Hey guys this is the fundraising campaign for my graduation film. I am trying to raise money for the…