Talking about prequels, it is quite clear that Patty Jenkins' Wonder Woman is technically what would qualify as a prequel. This gives the DC universe a grander scope and enables it to grow into an Extended Universe that is set during the time when the events of World War I transpired. But, this brings unique problems to the table as well. What problems? To start with, the ongoing developments of projects fit into the timeline which is post-Justice League remains quite unclear.  The history established through Wonder Women give the  characters within the canon an opportunity to present us with stories that happen post and pre Justice League. The plethora of opportunities to tell stories set simultaneously in the future and in the past is also an interesting opportunity that I hope isn’t missed. But, it should all tie up, as loose ends are not liked by the internet gods who happen to be ready with their pitchforks at all times.

In most cases, the settings of the many upcoming films are still  a mystery, but if sources are to be believed James Wan's Aquaman will be set in the aftermath that follows the team up of the titans, which is  Zack Snyder's Justice League.

Of course, it is impossible to know at this point of time as to what impact the Justice League will exactly have and how it will wind up impacting Aquaman. That information will only be received later this year when we see Zack Snyder's Justice League. But it's not hard to see how the film will have a major play a role in the events that transpire in the movie. After all, we will be seeing Amber Heard's Mera in the Justice League along with Jason Momoa's Arthur Curry. Also it has been suggested that Atlantis will be possessing one of the Motherboxes that are key to the plot of the Justice League film.

I’m pretty excited to see how the happenings of the Justice League winds up having ramifications in the Aquaman film. Add to that here is hoping that DC Extended Universe projects set in the past and future are being worked on. All of this is exciting, but there is still time for release. Until then, you should catch the latest by the DC camp, Wonder Women.

With Aquaman film in the pipeline, things are only looking great for the DC extended universe. It seems DC has finally awoken. Let’s explore this fantasy movie. 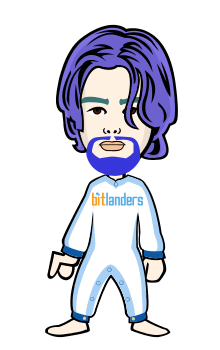