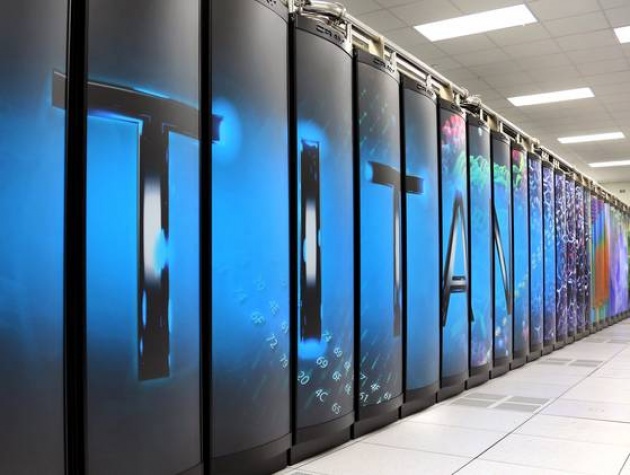 Oak Ridge National Laboratory in Tennessee, United States, is now operating ‘Titan’ – the fastest supercomputer ever built in the world. Being an update to the dubbed Jaguar system, it is capable of performing over 20 petaflops (20,000 trillion) calculations each second what will make it possible to forecast weather with much higher accuracy in the near future.

‘Titan’, powered by Nvidia, belongs to U.S. Department of Energy and will be mostly used by academic researchers and governmental laboratories in such areas as climate change and alternative fuels, including material science code, weather change, biofuels, nuclear energy, combustion and astrophysics.

‘Titan’ is now believed to be more powerful than its former opponents from Asia which from now on go far behind in their power. Titan’s performance is achieved due to the use of brand new types of systems that combine both discrete graphic chips (GPUs) and standard microprocessors. These GPUs are primarily used to accelerate supercomputer’s power by having many different tasks completed at the same moment of time.

Oak Ridge’s previously used system, dubbed Jaguar, was 10-times less powerful than ‘Titan’ is, however the new supercomputer is of the same size. The only thing – it consumes more electricity than Jaguar.