Worst Movies Ever?: The Beast of Yucca Flats 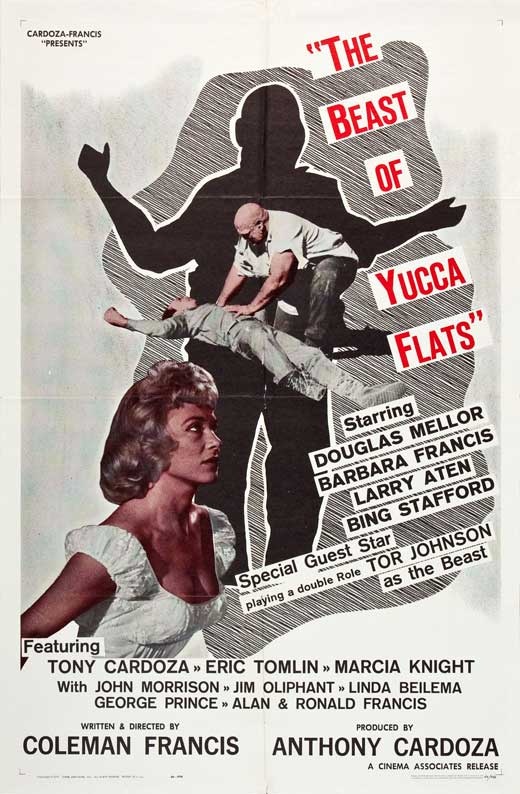 Part of the fun for me in writing these blogs is looking up information and reaction to movies I've watched. Upon finishing up "The Beast of Yucca Flats" (1961), I set out to do a few hours of reading up across books and internet articles. The one constant I met with was that this film is regarded by many as one of the worst movies ever! I figure at the time of its release and for a decade or two more that sentiment could have had some valor. However, over fifty years later, and I would definitely re-watch "The Beast of Yucca Flats" over, say, the great John Carpenter's "Ghosts of Mars." Fifty years later and some value, and I mean beyond the shtick and kitsch of it, can be found in this beyond B-movie. 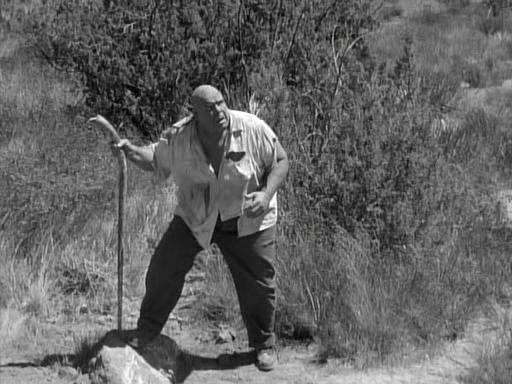 "The Beast of Yucca Flats" was made for $34,000 mainly in 1959, written and directed by Coleman Francis (all three of his movies were on Mystery Science- Theater 3000!) and produced by Anthony Cardoza. The only 'recognizable' actor in the film is Tor Johnson, veteran of Ed Wood movies, and The Beast would be his last credited role. There are so many ridiculous items in this movie that it is hard to know where to start. However, it is the independent, labor of love feel and the charm of half a century gone by behind this watchable piece of cinematic crap that gives it legs.

The opening sequence is a nude woman in her bathroom just out of the shower. It always shocks me that someone in American cinema got away with showing nude women prior to the 1970s. She goes into her room and in close-up, we see two large hands grip her neck and strangle her. The actress' expression barely changes when this massive man must be standing before her and strangles her. She eventually seems anguished and then dead. The movie then 'starts' with the story of how a defecting Russian scientist wants to give US officials secret info, agrees to meet them in the desert at or within a stone's throw distance of a live A-bomb testing site, is caught in a hilarious gunfight and becomes the Beast as a result of being the lone survivor of an A-bomb test. Not too far into the movie and already so many questions. Why the nude scene and an intro to the Beast before he was the Beast? The nude scene was added post-production because the director Coleman Francis loved nude scenes. So a pair of breasts won out over opening the film with any logic? Well, this tactic, in retrospect, has the effect of setting the viewer up to let them know that "The Beast of Yucca Flats" will not be some logic driven movie that is filmed tip top with A list actors. Nope. So sit back and be prepared to be amazed! The follow up is why the hell would there be such a high level secretive rendezvous in a nuclear testing facility that will be testing during the time of that meeting? 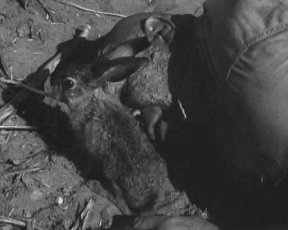 The narration was the most enjoyable part of the film for me. The deep smooth voice reminded me simultaneously of 1940s/1950s police movies and Allen Ginsburg's voice in The Clash's "Ghetto Defendant." His is a narrative dripping with sardonic irony and completes the movie. All or most of the sound was added to the film in post production and the characters only talk when offscreen or when their faces are less clearly visible. The notion that this may be one of the worst movies of all time to some is understandable but their are some golden cinematic nuggets in here. And it'll only require 55 minutes of your viewing time!! What a bargain! Thanks for reading and if you feel so inclined, check out my past blogs here, "The Beast of Yucca Flats" below, or the awesome Film Annex in general.