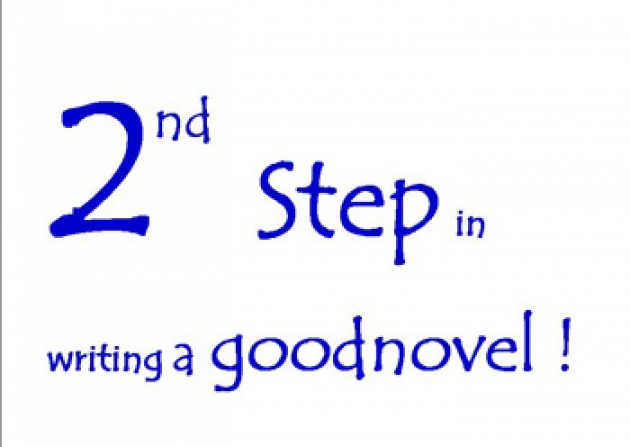 There are two broad categories of the novelist : planner and Drivers-In,

Are those novelists who plan everything before they start. It could be notes written on a scraps of paper, move the scraps around and write more to fill the gaps until it is clear for you, what happens, when and how ? however having a running summary of the plot is always a good idea and probably is not more than a page long.

Second type of writers are the ones who have glimmers of idea and start writing just to see where it goes. Actually they don't have a clear idea of what story is about, maybe some sense of an outline. If you are Drive-In writer you may prefer try things out rather than theories about them. Usually many writers write their way into their books, as if the book doesn't come into focus until they have 10 to 20 thousands of words for.

In terms of time, it doesn't make much difference you can plan beforehand or sort things out as you go along.If you plan your novel you probably waste less writing time, less likely to run out of steam and have exciting time moving your characters and events around like chess- pieces in your mind.

If you don't plan it, the advantages for is that you don't have to wait and by the time you run out of steam , you have covered a lot of paper and you have good sense of whether the idea is worth continuing also your characters and events can excite you by leading you in directions that you wouldn't anticipate. The problems you may face with drive-In writing is that you get committed to your choices, if you have written 5 chapters and then feel that it is not working, because of the time and effort you spent, you are likely to try to make it better through editing, when it may just need throwing away. but this less likely to happen with a planned piece, also drivers-In have problem with new character fix, the tendency to introduce a new character every time  you run up against a problem in the story. This some times work but can also lead to a clutter of a sketchy characters whose only function is to fix a specific problem.

Keep in mind writing and planning aren't equal. You can plan anytime, but you can only write sometimes, so if you have to choose, first write and then plan. Always don't let planning process get in the way of writing. Make a deadline and examine your motives, Are you planning ? or just avoid writing ? Remember anything gets in the way of your writing is not a good thing.

Presumably you are planning to write about something you already know quite a lot about, or something new to you that fired your imagination, but research is also important : libraries, new agencies, friends and relatives and internet are good resources for new ideas .if you know someone who was around during the time you are writing about or someone with the experience or skill you need to find out about, not only they can be informative, but they also can give you sort of idiosyncratic personal details that make something interesting and believable, internet is a gold mine for finding things out.

A lot of ideas that seem good when you first think of them wilt after a short passage of time, which tells you that a the idea isn't very good. let the idea to sit for while weeds out a fair few of the less good ones, and you don't wast any time on them.

A good plot idea needs to be Exciting, Simple, and Distinctive !

To start with, and idea has to excite you. You are going to write about it for a long time, so if you are not excited by it at the start, then you are going to be in real trouble in six months time. If you don't have interest you have horrid time and stop it because it is boring. Choose carefully !

Start simple, what you need is situation, an antagonist, and something to fight over. Park bench, Policeman and a pretty girl. You need situation in the sense of a broad or specific geographical location and in the sense of a point in time centered on an event, such as a death in the family, a party, a car crash, or whatever. You need a character who wants something and another character who also wants something, and somehow these two wants need to be mutually exclusive. For example Charlie Chaplin and the Policeman can both fall in love with the pretty girl, but they can't both marry her.

Ask yourself whether your idea is unusual or different in some way? if the story is well-known, what makes it different? There's no point in trotting out a thinly-disguised retread of a familiar story. what's going to make the reader think " that is a new angle" ?

You may have some pretty fixed ideas about your novel. Your basic idea or initial concept is quite likely to be a bit of a muddle - a mixture of a people and places you know about and want to fit in somewhere. You have seen them, dreamed them, read about them, and imagined them. Some of them are clear, some are hardly there, just a gesture or an item of clothing. You're going to have gaps, some big and some small. It probably is not going to all fit in the one novel.

Go back to First Step in Writing a Good Novel

Go to Third Step in Writing a Good Novel

For more topics you can visit my web page Esmail Mahboob