2012: A Return to Cinematic Excellence 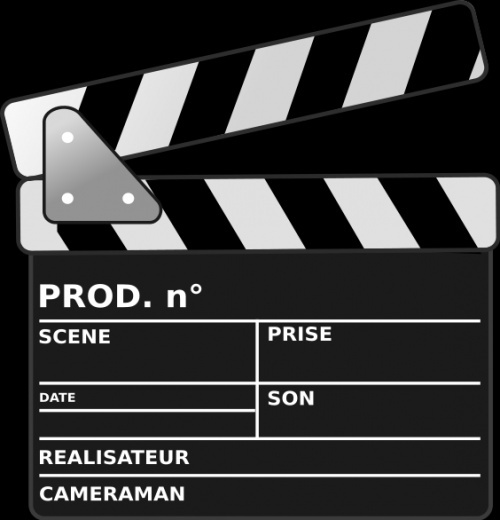 I would be lying to myself if I didn’t say that I thought 2011 was a horrible year for films in general. But 2012 is looking like it will bring some magic back to the cinema, which was largely missing last year. In no specific order these are ten of the films I am most eagerly anticipating:

The Avengers: This film is probably one of the most ambitious film projects of all time. Sure it could turn out to be terrible, but it would still be a highly ambitious effort. They have built up five films to making a single film with each of the titular characters as prominent aspects of the story. I like what I am seeing so far from this film, and hope they can do the same for the Justice League sometime soon (although I think it would be even more difficult to pull off than The Avengers, solely due to Batman’s universe in and of itself).

The Hobbit: The Unexpected Journey: To this day, I’d still say one of the most pleasurable film experiences of my life would have to be The Fellowship of the Ring. The Hobbit surprisingly has a shooting schedule that is only 11 days shorter than The Lord of the Rings trilogy did, which is impressive considering that the trilogy is around 12 hours long if you include the extended editions and all the scenes that were shot. As far as the casting is concerned, I am particularly excited about Martin Freeman playing Bilbo Baggins. It is rare when you know that an actor is completely born to play a role, and I am sure Freeman will absolutely nail the role.

Abraham Lincoln: Vampire Hunter: Sure on the surface this movie looks like mindless garbage, but the difference between it and say Transformers 3 is it seems much more self aware that it is mindless garbage, and thus they will try to make the film as fun as possible with such a silly concept.

Skyfall: After the great Casino Royale and the abysmal Quantum of Solace, Skyfall is looking to put the James Bond franchise back on track. It will be directed by Sam Mendes and has Javier Bardem as the main villain, who also played the infamous Anton Chigurh. The amount of care that is being put into this Bond film is reassuring, since they pretty much made up Quantum of Solace as they went along due to the writer’s strike.

Brave: Further proof of 2011’s mediocrity, Pixar produced its first bad film last year in Cars 2. It was also the first Pixar film not to get nominated for Best Animated Film since the award has been established. Brave will easily get Pixar’s reputation back on the right track though. This is the first Pixar film with a female as it’s main protagonist and also their first fantasy film. Pixar has been very secretive about what the film is actually about, even in the trailers. They have made clear that there will be no romantic side story and will focus on the relationship between a mother and her rebellious daughter. It’s ambitious to have a story with a princess as a main character and not give her a romantic interest. I’m honestly struggling to think of a film with a princess as a main character that didn’t involve a love interest, so I’m very excited where they can take this concept.

Gravity: After six years of absence from directing, Alfonso Cuarón makes his return to cinema in this sure to be incredible film. The film stars George Clooney and Sandra Bullock as two astronauts who are the last survivors after their space station is hit with satellite debris.

The Amazing Spiderman: When I first heard about this film being in production, I was in slight disbelief that they would reboot the Spider-Man series so soon. Sure the third one was fairly bad, but it didn’t seem like they couldn’t have done a continuation of the same series instead of a reboot. From all of the footage I’ve seen thus far, it looks as if I may be very wrong and it appears they’ve put a lot of effort in trying to separate this from Raimi’s Spider-Man, which is a good thing due to the fact that Superhero films treat the material more seriously than they did at the time of the first two Spider-Man films.

Prometheus: One of the masters of Sci-fi, Ridley Scott, is back in his old territory. The film very much looks like it takes place in somewhat of the same universe as Alien did and the trailers so far have been very provoking thus far. Aside from thrilling, I don’t know what to expect from this film thus far, and I think that I would like to know as little about it as possible to fully immerse myself into this film on its release.

The Dark Knight Rises: The follow-up to the debatably best superhero movie of all time has a lot to live up to. I am very confident that Christopher Nolan can do this. The man has made hits time after time and hopefully this will be the year that Nolan finally gets a long overdue Academy Award nomination.

Django Unchained: Quentin Tarantino, the director whose films have been inspired by Spaghetti Westerns more than any other in recent memory, is finally going to make an actual Western film. The cast looks incredible with Jamie Foxx, Christoph Waltz, Leonardo Dicaprio, Sacha Baron Cohen, and of course Sam Jackson. The plot focuses on a freed slave and a bounty hunter trying to free the former slave’s wife from the hands of a wicked plantation owner. I’ve personally read the script and I feel it is quite strong and will surely be another hint for Tarantino.