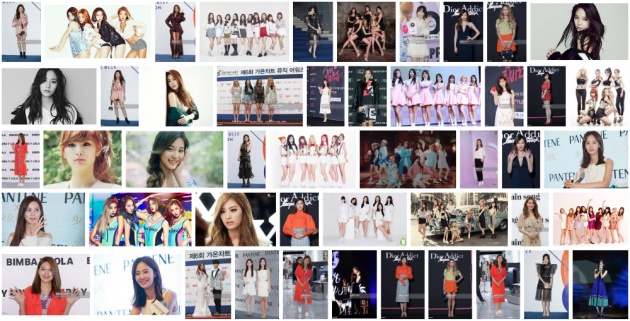 Hello Everyone! Made a new blog and its the Part 2 of My Favorite South Korean Girl Groups blog! :D 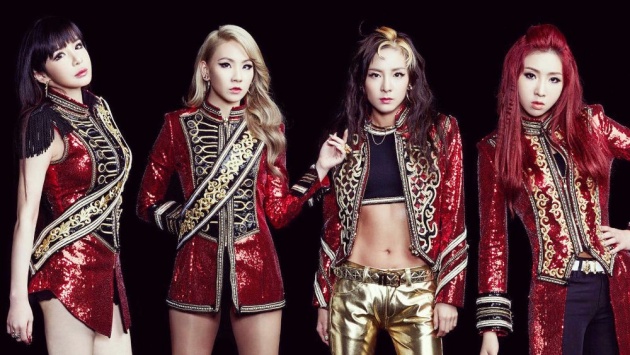 2NE1 is a South Korean Girl Group with 4 members namely Bom, Minzy, Dara and CL. Due to some circumstances Minzy left the group on April 2016. I really like this group specially because one of their members which is called Dara lived for a few years and was an Artist and Singer in the Philippines. Her Full name is Sandara Park but she is famously called Dara in Korea.

Recently, on July 27, 2017 CL and Dara had a vacation in the Philippines, specifically in Coron Palawan Islands. They posted pictures in their instagram account when they arrived at NAIA Airport and when they were having fun at the beach. Visit their Instagram account for more pictures J 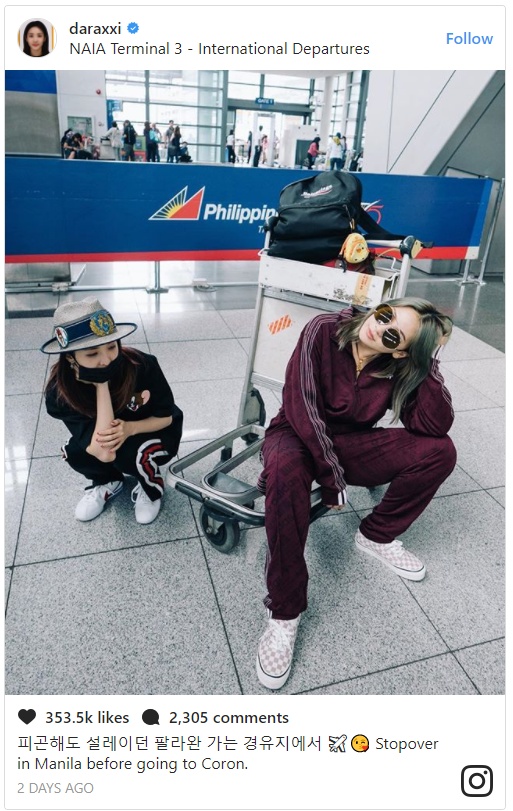 2ne1 debuted on the year 2009 under YG Entertainment. Unfortunately YG Entertainment announced on November 25, 2016 that 2NE1 disbanded. Sandra Park shared in an interview that she was really stressed because of the disbandment of their group. Even the fans were really sad :( Anyway lets meet the members of 2NE1 below. 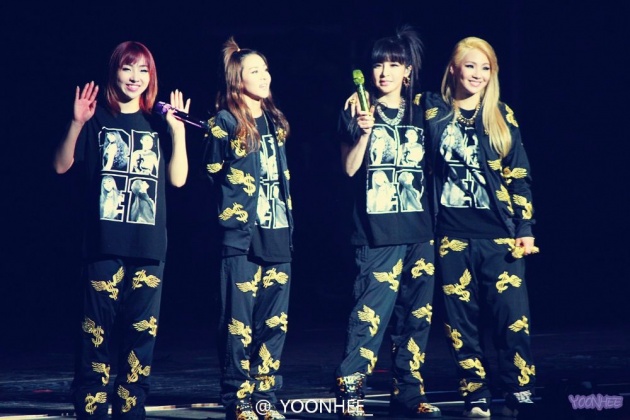 Park Bom was born on March 24, 1984. She was the Main Vocalist in their Group. She knows how to speak in English and she is knows how to play Piano, Guitar and Cello. Park Bom was in hiatus when a big news about her “Drug Scandal” was revealed to the public on 2014 but she wasn’t prosecuted for this because they found out that it was for medical purposes.

Lee Chae Rin also known by her stage name “CL” was born on February 26, 1991. She is the Leader, Main Rapper, Lead Dancer, Lead Vocalist and the Face of the Group. One of her Specialties is Song writing. She can speak Korean, Japanese, English and French. CL had her solo debut in the United States on October 2014 and on 2016 she had her first ever solo tour in US.

Park Sandara also known by her stage name “Dara” was born on November 12, 1984. She is a vocalist and the Visual of the group. One of her specialties is Acting. She starred in the dramas “We Broke Up”, “Missing Korea” and many more. She can speak Korean, Japanese, Tagalog, English fluently. She has a younger brother named Thunder, a past member of the Korean Boy Group MBLAQ.

Gong Minji also known by her stage name “Minzy” was born on January 18, 1994 which makes her the youngest in the group or the Maknae. She is the Main Dancer, Lead Vocalist, Lead Rapper in the group. Trained for 5 years before joining 2ne1. She left the group on April 5, 2016 with the official announcement from YG Entertainment. 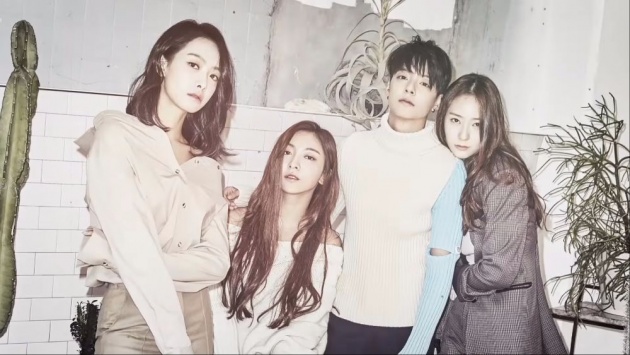 F(X) is a South Korean Girl Group with originally 5 members namely: Victoria, Luna, Krystal, Amber and Sulli. But one of their members named Sulli left for her to focus on her acting. My favorite member in this group is Krystal Jung which is the younger sister of Jessica Jung which is again on my previous blog “One of my Favorite Korean Girl Group named Girl’s Generation”. I like her because I am fond of watching their reality show “Jung Sisters” that starred both of them. 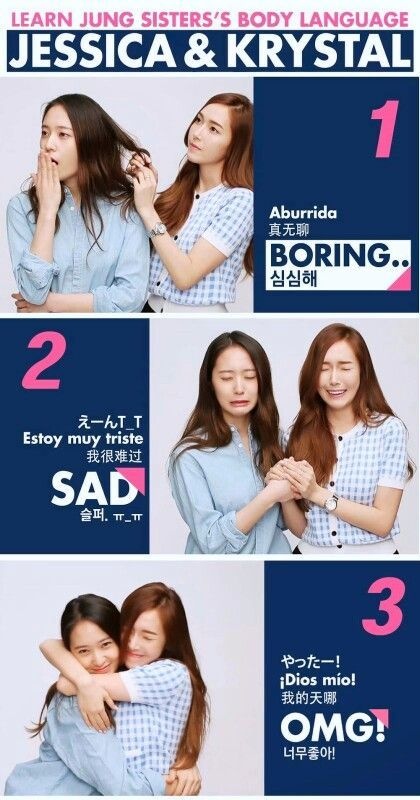 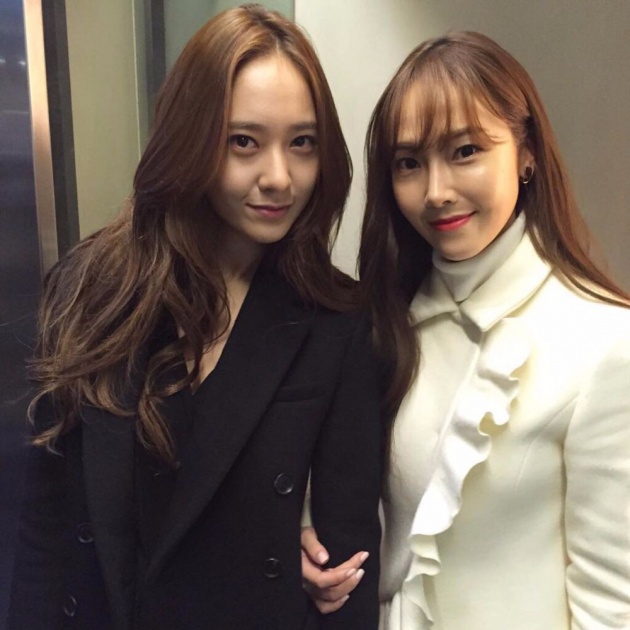 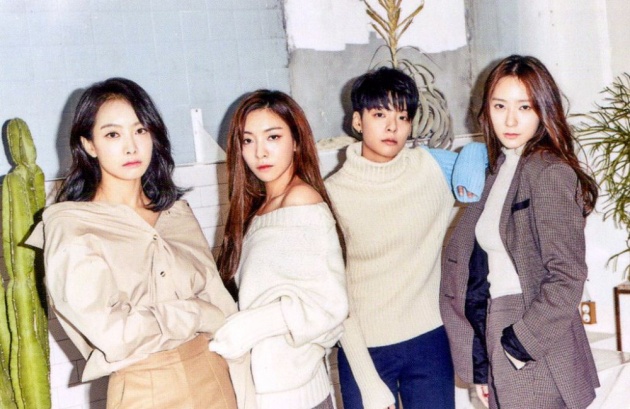 Song Qian also known as “Victoria” in Korea. She was born on February 2, 1987 and she is from China. She is the Main Dancer, Vocalist and the Leader of the group. Her Korean name is “Song Jeon” and her English name is “Victoria Song”. She participated in the Korean Show “We Got Married” and was paired by 2PM’s Nickhun.

Liu Yi Yun also famously known as “Amber” was born on September 18, 1992. She is half American and Half Taiwanese. Her Taiwan name is “Liu Yi Yun”, her English name is “Amber Josephine Liu” and her Korean name is “Yoo Eun Young”. She is the Main Rapper and a Sub Vocalist in the group. She was a Host in "A Song For You" Show with Super Junior's KangIn and BTOB's Yook Sung Jae. She is good friends with Girl’s Generation’s Hyoyeon, GOT7’s Jackson, Super Junior’s Henry and Ailee.

Park Sun Young also know by her stage name “Luna” was born on August 12, 1993. She is the Main Vocalist and the Lead Dancer in their group. Her best friend is "IU" a solo singer and artist who starred in many dramas. Luna participated in the drama “Saving Mrs Go Bong Shil”. She has a fraternal twin sister named Jin-Young.

Jung Soo Jung also known by her English name "Krystal Jung" was born on October 24, 1994 which makes her the youngest in the group or the Maknae. She is the Lead Vocalist and the Face of the Group. She was born on San Francisco, California. She is half Korean and half American. Her older sister named Jessica is a past member of the famous girl group called “Girl’s Generation”. She dated EXO’s Kai on March 2016 but recently on June 2017, SM Entertainment confirmed that they already broke up.

Choi Jin Ri also known as “Sulli” was born on March 29, 1994. She was the Vocalist, Sub Rapper and the Face of The Group. Sulli was the tallest in the group. She starred in one of my favorite Korean dramas “To the Beautiful You” which Shinee’s Minho and Lee Hyun Woo. Sm Entertainment announced that F(X) will continue as a 4 member group without sulli on August 2015. 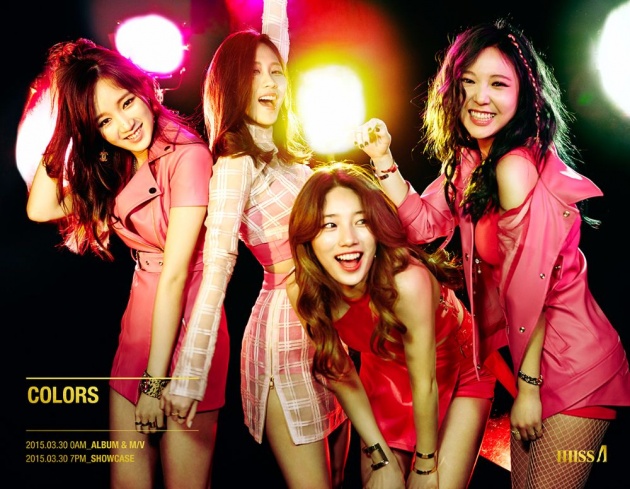 Miss A is a South Korean Girl group with 4 members namely: Fei, Min, Suzy and Jia but due to some circumstances Jia left the group on May 2016. I really liked this group because of Suzy. I am a big fan of Suzy’s acting especially in her drama “Uncontrollably Fond” with Actor Kim Woo Bin. I really love the ways she acts and she is so beautiful. 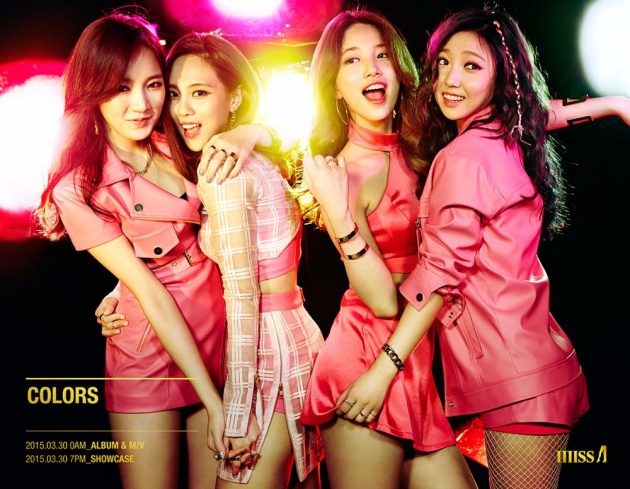 Wang Fei Fei was born on April 27, 1987 in Haikou, Hainan, China. She is the Lead Vocalist and the Leader in the group. She can speak Korean, Chinese and Cantonese.

Lee Min Young also known as “Min” was born on June 21, 1991. She is the Main Dancer and the Lead Vocalist in the group. She can speak Korean and Mandarin and is the only child in her family.

Bae Sue Ji, famously known as “Suzy” was born on October 10, 1994 which makes her the youngest in the group or the Maknae. She is the Main Vocalist, Lead Rapper and the Face of the Group. She is a Famous Actress and participated in many dramas already.

Mong Ji Ah or “Jia” was born on February 3, 1989. She was the Main Rapper, Lead Dancer and the Vocalist of the group. She is from China and her Chinese name is “Meng Jia”. She left the group on May 2016.

Watch their "Only You" Music Video!

Check out my other blogs about some South Korean Groups below:

So this is where my blog ends, Thank you for reading bitsies! :) Hope you enjoyed it! Kamsahabnida (Thank You in Korean)

A Grade 12 student who loves to travel, read books and watch movies.