I know from personal experience that when you see a blog title that says '5 things' or '10 ways' or the like, you never actually read the introductory paragraph. I mean, what's it going to say? Some lame ease-you-into-it stuff that's basically just restating the idea that 'in this post, we will look at...' blah, blah, blah. And you're there like 'spare me, I read the title, I'm here for the list' while you keep scrolling down till you find the big, bold numbers. So let's get to it! 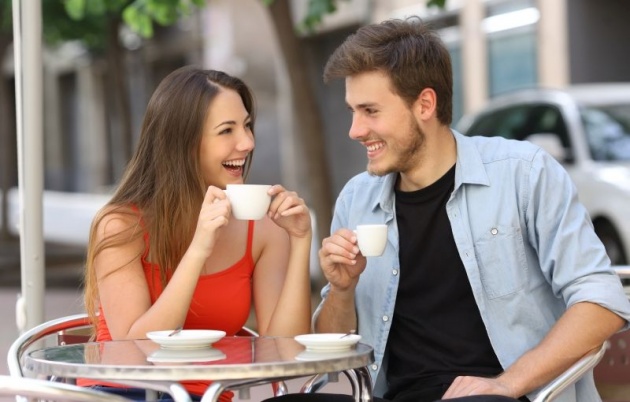 There's a reason women have hair that grows out and down better than a man's. That reason is aesthetic value. Men LOVE pretty hair. Men love pretty things in general. They love imagining touching it, feeling it on their face, running their hands through it, smelling it.

Long, luscious hair attracts men because they associate it with health and youth. It's an idea that's just imprinted in their collective memory, and even though young, healthy women can have short and look fabulous, a lot of studies have shown that long, thick hair is the general eye-catcher. Don't think that your time at the hairdresser was time wasted, because believe me, it wasn't. Hair is everything, ladies. Work it well.

This one cannot be stressed enough. Sure, some of us have a chronic case of bitchy resting face, but that doesn't mean you can't pull up the corners of your mouth every once in a while. No one, men or women, wants to be around cranky, negative people. Everyone (again, men and women) enjoys the company of positive people and generally tend towards the places and people that make then feel good.

Everyone wants a bit of sunshine in their lives, especially if they're having a bad day.

For men, a smile is one of the first things they notice. Why? Because a nice, warm smile gives off the impression that you're kind and approachable. No one's going to come bolting after you because you look like you might dramatically reject him. Plus, smiles are contagious, and everyone wants a bit of sunshine in their lives, especially if they're having a bad day.

The eyes are the window to the soul. - Ancient Proverb

Eyes are HUGE. Eyes might be more important than a small. In fact, they have to be, because they're the precursor that determine whether or not your smile is even genuine! As a widely accepted rule, eyes are the first thing a guy notices. We all know that your eyes are the window to your soul, and pretty eyes = pretty soul.

Eye contact is a great way to get someone's attention, and men LOVE IT. Women that can hold intense eye contact are considered very attractive, as it shows that they're strong and confident.

This is probably one of the most underestimated qualities, but is EXTREMELY important. Posture says a lot about character. Bad posture gives off the vibe that you're insecure, introverted and closed in on yourself. Good posture, on the other hand, shows that you're confident and interesting, and confidence is one of the key factors of charisma.

How? Well, start with a straight back, chest forward, head up and put on a smile. That should get you started!

No, not everything guys are looking for is in the visual. While it does have some connection to your physical appearance, genuineness is usually a vibe you give off. People know when you're faking a smile, giving them an ingenuine compliment, or are just a fake person in generaly. I say it has some connection with the physical because, get this, spoiler coming, prepare to be shocked: MEN LIKE NATURAL WOMEN. :O

Shocking, I know. What about all those hours I spent doing make-up? Or all the money I spent on these extensions? Or the thousand times I poked my eye out trying to get these lashes on? Are you saying that's all gone to waste?! Um..yes. Unless you're trying to impress other women.

In the battle of the ladies for who looks the most like Barbie, you might stand a chance. In your own personal search for love, you're as far as what you actually look like is from how you look with all this sh*t on.

You see, it has been proven over and over how much men HATE a woman that looks like she's made of plastic. They don't like big, silicon boobs. They don't like unreasonably long eyelashes. And they don't like three-layer-thick creamed cheeks. They like skin to touch, fat to squeeze, and eyes to actually see. They like women that are REAL. And unless you're goal is to catch the eyes of all the other women trying as hard as you, then you need to double-check your strategy. In the battle of the ladies for who looks the most like Barbie, you might stand a chance. In your own personal search for love, you're as far as what you actually look like is from how you look with all this sh*t on.

There you have it ladies. 5 things you didn't know were important to men. I'm not going to get into a lengthy conclusion because, again, I know you won't read it. Thus, I leave you with this wisdom and hope it helps you find some love. Or at least a date this weekend. Good luck!

Check out the opening photo of this post. The girl's got a bunch of the things we've talked about: long, pretty hair, great smile, good eye contact - and one more thing: she's wearing a red shirt.

This is probably just a coincidence. There are a lot of pictures of people dating out there where women are not wearing the color red BUT, the color red on a woman is actually one of the unknown attractors for men. Red lipstick, red dresses, red tops - red is a passionate color. It gives off a passionate, sexy energy. Studies show that these associations go way back into our evolutionary memory. It is associated with passion, warmth and love, and it's definitely a color you want to have in your closet. 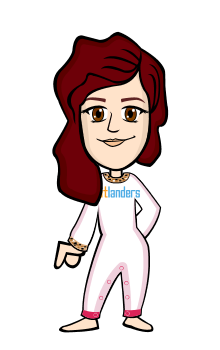