5 Weird Side Effects You'd Experience As A Time Traveler

Many people have offered explanations for the no-shows: Time travel is impossible, you can't travel back before your time machine was invented, or the travelers are protecting their history because they already know they never went. Or maybe the explanation is a lot simpler: They know that time travel (both forward and backward) has some really weird, bullshit side effects.

#5. Velocity-Based Time Travel Would Make You An Annoying Asshole

This is probably the most familiar of all time-travel theories. Keep going faster until you hit the future! Science so simple it would work as a punk lyric, and our most advanced theories say it totally works. The faster you go, the further into the future you'll fly.

This isn't just a bunch of hypothetical bullshit that fringe scientists throw around while high on mushrooms. We've already observed this happening in the real world. A lot. In 1971 Hafele and Keatingdid an experiment, and without getting too technical: They flew around the Earth until time travel happened.

No, for real. They loaded a plane with atomic clocks and flew east until they got back to where they started. When they landed, the clocks at the ground base were 60 nanoseconds faster than the ones on the plane. In other words, the clocks on the plane were effectively 60 nanoseconds into their future. Then they reset the whole thing and flew in the other direction. This time, the clocks landed running 270 nanoseconds ahead of the ones on the ground. They'd existed for longer than the land-based clocks. What the what?

And now I have "Got The Time" by Anthrax stuck in my head.

This is because the clocks on land weren't stationary; they were shooting through space on the rotating surface of the Earth. The clock in the plane that was flying west was effectively going slower, so compared to them, everything on the Earth was slowing down. So that famous scene where Superman flies around the Earth and turns back time -- that was only mostly dumb as fuck.

This type of time travel isn't just understood; it's in your pocket. Your phone is connected to GPS satellites that have to correct for time dilation. If they didn't, your navigation system would plan out your two-block trip to Taco Bell as being five states away and two miles underground.

Let's assume that we come up with a machine or vehicle that actually lets you travel this way. We achieve speeds that jump not just 60 nanoseconds but 60 years. Depending on how fast you're traveling, the trip won't seem that long to you. You spend a few minutes or a few hours buzzing around the planet, and then boom: the future!

Unfortunately for everyone else, you are now known worldwide as that douchey asshole who's been flying around nonstop for the past 60 years. Children will have never known a sky where you weren't buzzing around and clusterfucking a perfectly good sunset. Even if your trip took place outside of the atmosphere (which would be likely, since the atmosphere tends to vaporize things that go really fast), you'd be a news story for a few weeks, and then completely forgotten until you return to Earth. Just askVoyager 1, which was launched in 1977 and then basically forgotten about until it left the solar system 35 years later.

Fuck every last one of you.

Once you've gotten over the deaths of virtually everyone you've ever known, you'll need another year or two of school to catch up on all of the advancements and world-changing news of the last half-century. You could easily have grandchildren who are older than you. And there is no going back. Travel into the future is a one-way trip.

#4. Mass-Based Time Travel Is Already Happening To You

If you've seen the movie Interstellar, you get the gist of this theory. The closer you are to a large, dense object, the slower time passes for you. And it also causes uncontrollable catchphrases to explode out of Matthew McConaughey's face.

Mass-based time travel has already been observed. Gravity Probe A loaded a microwave laser on a Scout rocket and fired it 10,000 kilometers straight up, because sometimes science really is just loading up all the most awesome things we can think of and SHOOTING THEM INTO SPACE. That experiment confirmed that time does in fact move at a different rate in lower gravity.

I put my lunch in there to see how time affects ham.

You can enjoy this time travel by getting close to a black hole, as long as you also enjoy being ripped to shreds by tidal forces. Hint: You won't. Another method is compressing material so that it almost collapses into a black hole but not quite. Professor J. Richard Gott calculated that if you use the mass of Jupiter and then somehow stand in the middle of that shit without being crushed like a beer can on a fratboy's forehead, you'll travel into the future four times faster than people on Earth. Use twice the mass of the sun for a factor of five. Weirdly, Saturn won't do anything, because it's a piece of shit.

What if we built a time machine that could actually utilize this method of travel? If we use the Jupiter example from above, that means we're climbing inside of a machine that's so dense it can throw other planets out of orbit. Getting anywhere close to Earth is a death sentence for everyone on the entire planet. Want to travel 20 years into the future? That means climbing in and just sitting there for five. You might want to bring a Nintendo DS or something to help kill the boredom. Want to travel faster than that? You'll need more mass and more density, which means even more solar-system fuckery. You essentially become Chad Timefuck: Destroyer Of Worlds.

Digital Vision./DigitalVision/Getty
Way to go, asswipe. My wallet was down there.

But that doesn't much matter, because the weirdest part of this theory is that it's already happening to you right now. In fact, it happens everywhere, not just the magical horizon of some mysterious black hole on the other side of the galaxy. The core of the Earth moves through time at a slower rate than the people standing in Detroit, even though it might not feel that way to people who actually live there. When you're standing up, your butthole ages slower than your face -- as well it should. We don't need a machine to travel through time. We just need to be close to something huge and dense. LikeMatthew McConaughey's gigantic ego.

#3. Wormholes Would Cause An Intergalactic Traffic Jam

You can't travel through space-time faster than the speed of light, but with Krasnikov tubes, you don't have to. Instead you take a tunnel through space and time, like one of those green pipes in Super Mario Bros. There's an entrance, an exit, and you travel very, very fast between them, because it cuts out that pesky "distance" factor.

The wormhole isn't a physical object but a distortion of space-time. Instead of building a gate, we're bullying space-time itself by grabbing the fabric of reality and wedgie-ing it right up its own asshole. So instead of traveling from one edge of its underwear to the other, we're bunching up that fabric until the two sides touch each other. Then just stepping across.

By itself this isn't so much time travel as it is a spatial shortcut. But the entrances to these tubes can experience all the velocity and mass dilation mentioned in the last two entries. So get Chad to fly 10,000 light years away with his ship, loop around a black hole while he's at it, and his end of the tube will experience time dilation. Now your entrance is connected to the faraway future, and you finally have that douchebag Chad at a tolerable distance from you.

Comstock/Stockbyte/Getty Images
If an intergalactic war breaks out, we know who to blame.

If we're going to stretch space-time like a rubber sheet, we might as well be able to bounce backward and forward. We do this by getting Chad to take another wormhole all the way back. Now we've theoretically got a two-way commute between past and future. This isn't just bending space-time; it's twisting it like a balloon animal and making it dance for us.

If you want to see how a fixed wormhole would work, play EVE Online. A video game where people travel through gates in space, and every gate is surrounded by camping dickheads just waiting for the first victim to hold still long enough to explode into stealable chunks. Once you've got a wormhole from the future, the entirety of the present will be standing around the entrance ready to sap anything stupid enough to step through and steal all their space shit. 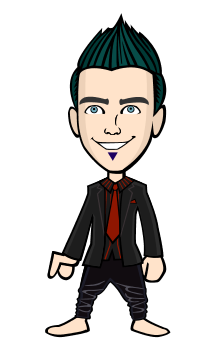