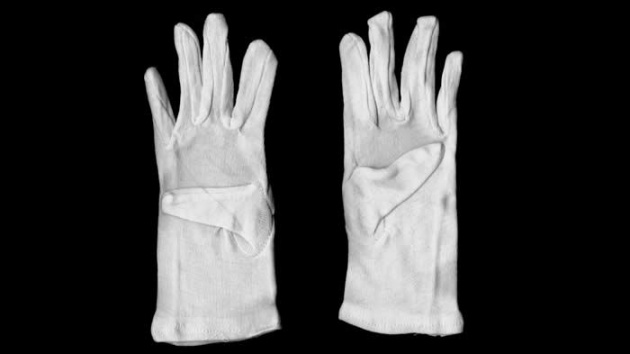 The third film in a decade to be given such a title after the genre films by Bong Joon Ho and Andrew Niccol, The Host is narrator-writer-director Miranda Pennell’s photo journalistic meditation on British colonialism in the 1930s. Pennell has a personal connection to her subject, the Anglo-Iranian Oil Company. Her father worked for them and she was born in Iran. Pennell describes how she looks at photographs of the quarters where she lived and imagines she recalled them as a child. But it is more likely that she had seen the photograph before: the memory is not original.

The film has two qualities that bring into question whether it can be called a film at all. It is only sixty minutes in length and does not have a single moving image in it. The defined duration of a feature film is, I dimly recall, around 74 minutes but The Host is unquestionably not a short. At most, you might uncharitably describe as an hour long TV documentary, except that it is a personal testimony – you can’t just dip into it to get a sense of what happened before. It is not an art exhibit either – it asks to be seen in its entirety for its nuances to be properly understood. As for the absence of moving images, films as the reader will know are projected – in the pre-video style – at 24 frames per second. They are a collection of still images given the appearance of movement by the human brain. So Pennell cuts down the waste of the images that make up a moving whole. Her film is precise, sometimes comically so. It also boasts a soundtrack that gives us a clear signifier of location – the rattling of tea spoon and cup to remind us that our narrator is in Saffron Walden which, for my overseas readers, is a cosy English village and not a catwalk model born to hippy parents.

The Host begins with a series of captions: things that the author knows about the Anglo-Iranian Oil Company. It was founded in 1908. No Iranian was allowed to sit on the Board. Its activities were kept secret. It was a private company. It changed its name to British Petroleum in 1953. It was also immensely profitable. Its existence was threatened by newly-elected Iranian Prime Minister Dr Mohammad Mossadeq who in 1951 vowed to nationalist it. Mossadeq was subsequently removed by a coup in 1953.

To get a visual sense of the film, imagine a series of aerial black and white photographs of mountain terrain, inter-cut with a series of markings on a map. We hear the sound of slides passing through a projector. At some points, this is replaced by the whirring of a photocopier. Pennell’s is the only voice that speaks to us – there is occasional ambient street chatter from recordings of a market place. Pennell doesn’t do vocal impressions. Her intonation is level, factual and intentionally distanced. She describes how in 2006, both her parents were diagnosed with the same sort of rare leukaemia in 2006, suggesting that they were exposed to the same damaging element that got under their skin and finally erupted. Pennell was drawn into learning more about her parents’ life in Iran. She visits the British Library and is drawn to Christian O’Brien’s book ‘Eastern Odyssey’. She meets with the widow of its author, Barbara Joy O’Brien, who as in turned out, lived in the house where Pennell was born. Her bedroom was described to the new occupants as ‘Miranda’s Room’; the name charmingly stuck.

Pennell’s investigation focuses on Christian O’Brien, who subsequently wrote a book called ‘The Shining Ones’. (His other work includes ‘The Genius of the Few’.) O’Brien imagines modern humankind was created by the inter-breeding of an alien species – the Shining Ones of the title – and Cro-Magnon man creating the enlightened species that exists today. Pennell makes explicit the connection between the Shining Ones and the British, the intelligent evolved species (not always true in my experience) who colonised less industrialised countries. The adjective ‘shining’ representing a beacon of hope, something we are drawn towards, glamorous – a condition we aspire to.

This parallel sums up Pennell’s condemnation of the white men of the Board – and there is a telling dissolve from a black and white Anglo-Iranian company Board to a colour photograph decades later. The two are almost identical - and that includes the body shape of the Board members and the proportion of those wearing glasses and those without. I should empathise that Pennell lets the pictures do the talking; she doesn’t use voiceover to underline the point. That makes her a filmmaker in my book.

Pennell is not without visual wit. I liked shot of a paper plate and plastic photographed on a photocopier representing modern civilisation in contrast to the elaborate sculptures of Persian religion; through montage Pennell replaces the plate with the sculpture. We hear a song to illustrate street life then rendered through earphones that we see on display, the curves of earphone wire contrasted with the curves on diagrams illustrating geological features – landscapes and civilisations reduced to markings. (Imagine if western civilisation were reduced to the personal stereo.) Pennell’s images are dense with meaning. Her audio extracts are pretty explicit. At one point, she reads from a 1953 United Kingdom Foreign Office file descriptions of Iranians as lazy, emotional, concerned with their immediate well-being and not the future, indolent. In short, the racist clap trap used to justify assumed white western superiority. This description also resonated: it is also the language used to describe women to justify why they can’t rise to positions of power – why they can’t join the Board.

The Host is a film that bites, notably in the final image where the (racist) photographer shifts their gaze from the Middle East to Africa. Tonally, it is soporific. It resembles an illustrated lecture, one where you can’t raise your hand to ask a question. It is however everything you would want of a film: passionate, compelling, deeply felt and serious. We don’t find out how Pennell’s mother and father are faring with their illness. They are, if you like, the MacGuffin, the point of departure. The Host is a film about the abuse of hospitality but in the Buñuelian tradition does not suggest an answer, only conveys the problem. 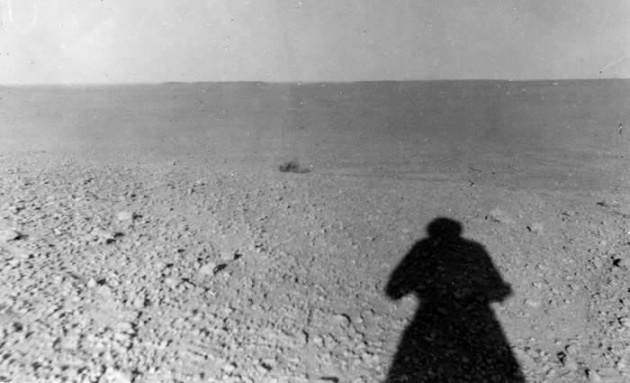