A look at mass donations to Flint amid drinking water crisis

A look at mass donations to Flint amid drinking water crisis 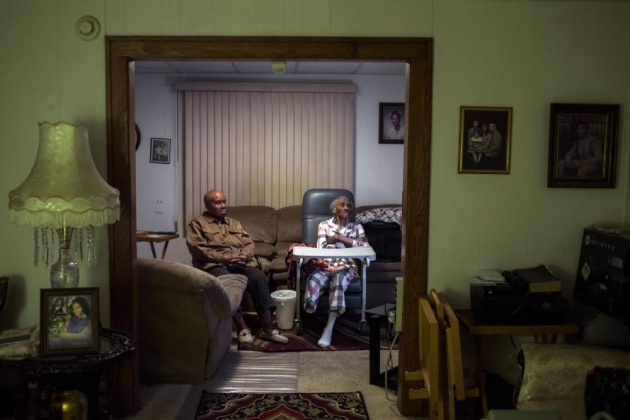 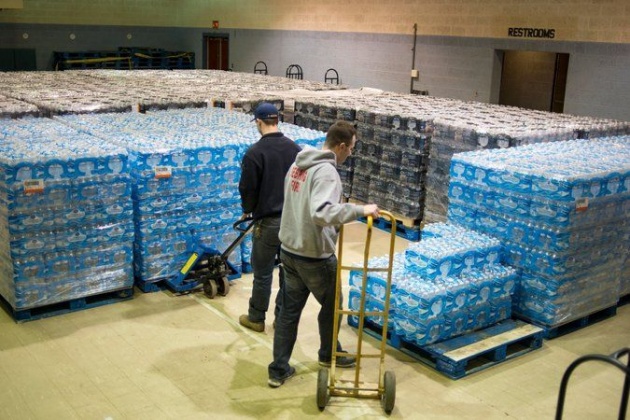 On top of millions of dollars in pledged governmental aid, faith-based and nonprofit organizations, companies large and small, the rich and famous, and many other individuals all have targeted Flint for significant charitable giving — in the form of money and millions of bottles of water.

But how much of that has found its way to the struggling city of 100,000, where the water supply became contaminated with lead as early as 2014 and sparked a public health emergency? And can there be too much? Here's a look at the donation situation:

HOW MUCH HAS BEEN DISTRIBUTED?

State emergency response officials say about 176,000 cases of water, 93,000 water filters and 29,000 water testing kits have been distributed to residents since Jan. 6. Those represent donated and state-purchased supplies. 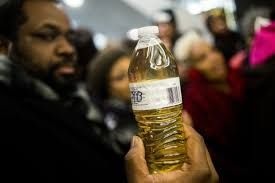 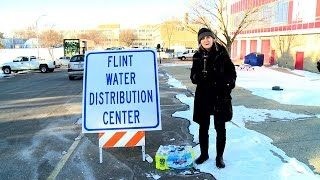 There's room for whatever else comes in, according to Michigan State Police Lt. Dave Kaiser: The state has a 150,000 square-foot warehouse and additional buildings to stash supplies.

Wal-Mart and several global beverage-makers pledged Tuesday to deliver about 175 truckloads, or 6.5 million bottles of water, to Flint schoolchildren.

Many individuals and organizations have launched water or fundraising drives. Residents of several towns in neighboring Indiana are collecting bottled water. Help also has come from another neighbor — Canada, where fans of the Ontario Hockey League's Windsor Spitfires and Sarnia Sting have donated thousands of bottles.

Flint's plight has attracted plenty of celebrity donors as well: Cher and Icelandic Water are contributing more than 181,000 bottles of water to help alleviate what she calls a "tragedy of staggering proportions." Craigslist founder Craig Newmark has pledged to donate 100 cases of water for every $20 donated on crowdfunding site CrowdRise, which has paired with Pearl Jam, Jack White and Big Sean for other Flint efforts. 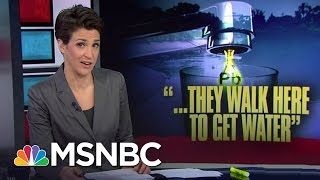 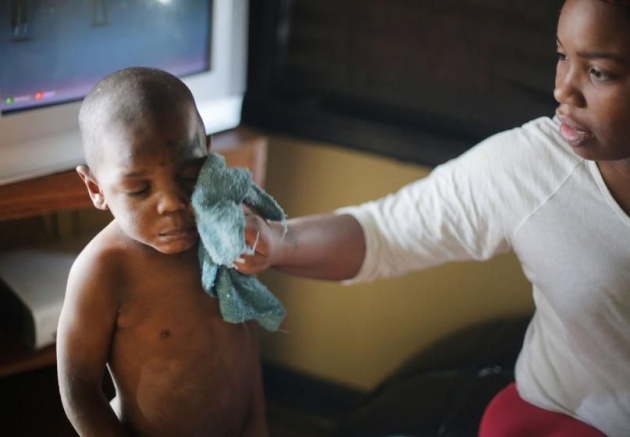 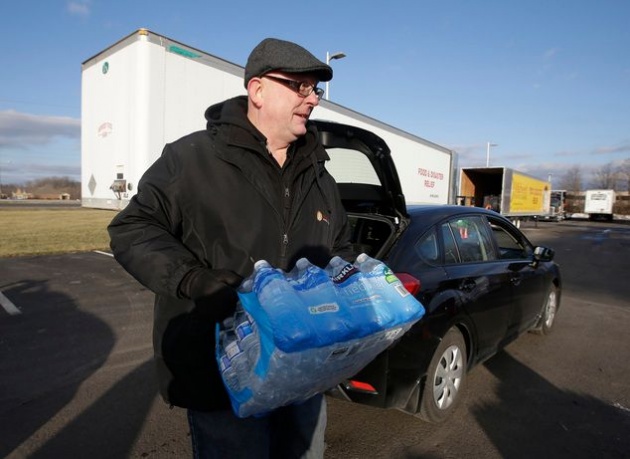 The Salvation Army recruited Detroit-based singer Kem, who came to Flint on Tuesday to present a check and help distribute water.

HOW MUCH IS TOO MUCH?

There's no set threshold, but officials say the residents' needs haven't been met. Kaiser said that "until we can get fresh clean drinking water out of the taps in the city of Flint, our efforts are not going to stop."

The Michigan region of the American Red Cross is in the middle of its biggest push to provide relief in the city: 520 volunteers delivered 6,000 cases of water, 4,000 water filters and 5,500 water-filtration kits over the weekend.

"I think it's going to be a long time before bottled water isn't needed," Amber MacKenzie of the Red Cross said. 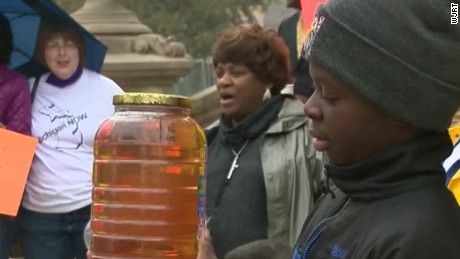 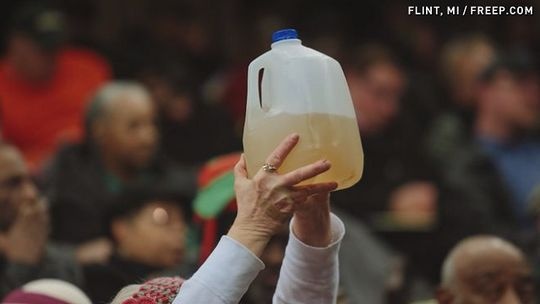 WHAT DO YOU DO WITH ALL THOSE EMPTY BOTTLES AND OTHER MATERIALS?

Officials recognize that with generous contributions come mountains of molded plastic and piles of pallets. The Joint Information Center, set up to handle the Flint response, announced late Tuesday a group of businesses and community organizations is organizing a free recycling program for the water bottles with drop-offs at several locations. More options are being worked out.

LIFE is always BETTER at the BEACH 3 3 3 Photo by ME :) It has been a long time since the last t…

Distributor hiring and its management - Yes or No ?

Current projects?Supplies for the Kindergarten school in Ghana, please continue to support and donat…