Kenneth Ray "Kenny" Rogers (born August 21, 1938, in Houston, Texas) is an American country music singer-songwriter, photographer, record producer, actor and entrepreneur. He has been very successful, charting more than 70 hit singles across various music genres and topping the country and pop album charts for more than 420 individual weeks in the United States alone.

Two of his albums, The Gambler and Kenny, are featured in the About.com poll of "The 200 Most Influential Country Albums Ever". He was voted the "Favorite Singer of All-Time" in a 1986 joint poll by readers of both USA Today and People. He has received hundreds of awards for both his music and charity work. These include AMAs, Grammys, ACMs and CMAs, as well as a lifetime achievement award for a career spanning six decades in 2003.

Success in recent years include the 2006 album release, Water & Bridges, an across the board hit, that peaked at #5 in the Billboard Country Albums sales charts, also charting high in the Billboard 200. The first single from the album, "I Can't Unlove You," was also a chart hit. Remaining a popular entertainer around the world, the following year he completed a tour of the United Kingdom and the Ireland telling BBC Radio 2 DJ Steve Wright, his favorite hit of his was "The Gambler". He has also acted in a variety of movies and television shows, most notably the title roles in "Kenny Rogers as The Gambler" and the MacShayne series. As of 2009, Rogers lives in Nicholson, Georgia

Kenny Rogers was the fourth of seven children born to Floyd Rogers, a carpenter, and his wife Lucille, a nurse. Rogers graduated from Jefferson Davis High School in Houston. According to the Texas birth records, his middle given name is Ray and he is sometimes credited in his film roles as "Kenneth Ray Rogers".

He has been married five times. His fourth wife was the actress Marianne Gordon Rogers. His current wife is the former Wanda Miller. He has a daughter and four sons, including twins born when Rogers was 65.

As of 2005, Rogers has become an avid Atlanta Thrashers fan, and can often be seen at Philips Arena taking in a game. He was also a singer in the song "We Are the World".

His success is worldwide. He has played many well-attended concerts in Europe and the Far East, where he has charted numerous singles and albums from the 1970s through to the present day. New Zealand was a big stronghold during his First Edition days. Rogers 1985 greatest-hits package, The Kenny Rogers Story, reached #1 on the UK country chart and four years later (in 1989), was still at #2. He also charted internationally during that time with a series of studio albums.

In 1983, Rogers signed to RCA for a record breaking US$20 million advance. Although, following the success of his label debut, the Bee Gees produced Eyes That See in the Dark album, Rogers wasn't doing as well as in previous years. Nonetheless, he was still among the world's top stars. Between 1983 and 1990 alone he charted no less than 23 top 40 singles and 10 top 40 albums.

Although in the 1990s with the emergence of Garth Brooks, it was noted that this new talent was selling records like no one else had ever in country music, Rogers was nonetheless a dominant force in mainstream music and at his height, was charting singles (and albums) which were racing up the top 40 on the pop charts around the world, songs lik:

"Coward of the County"

became favorites and have remained such, making Rogers one of the most popular entertainers on the touring circuit.

In the 1990s Rogers continued to chart with singles such as

"If You Want To Find Love"

From 1991 to 1994, Rogers hosted The Real West on A&E, and on The History Channel since 1995 (Reruns only on The History Channel.). He also visited Miller's during this time period. From 1992 to 1995 Rogers co-owned and headlined Branson, Missouri?s 4,000 seat Grand Palace Theatre. In 1994, Rogers released his "dream" album titled Timepiece on Atlantic Records. It consisted of 30's and 40's jazz standards; it was the type of music he performed in his early days with The Bobby Doyle Three in Houston. In 1996 he released an album Vote For Love where the public requested their favorite love songs and Kenny performed the songs (several of his own hits were in there). The album was the first for the TV shopping channel QVC's record label, onQ Music. The album, sold exclusively by QVC, was a huge success and was later issued in stores under a variety of different titles. It reached #1 in the UK country charts under the title Love Songs (a title also used for various compilations) and also crossed over into the mainstream charts.

In 1999 Rogers scored with the single

A song about life from a child's point of view (looked at through a baseball game). The song reached the top 40 of Billboard's Country singles chart and was a Country Music Television Number One video. It was on the Rogers' album "She Rides Wild Horses" the following year (itself a top 10 success). In 1999, Rogers also produced a song specifically for the ABC show "Home Improvement" (Starring Tim Allen and Patricia Richardson). The song was produced for the series finale. It's called "We've Got It All". The series finale of Home Improvement is called "The Long And Winding Road". It is three parts. The song is at the end of the second part. The song is not on any album. There was a cd made for it from the show, which sells for a high sum at auction. 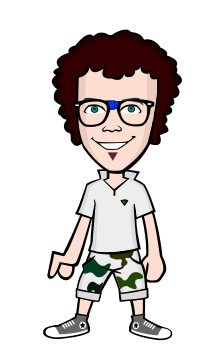