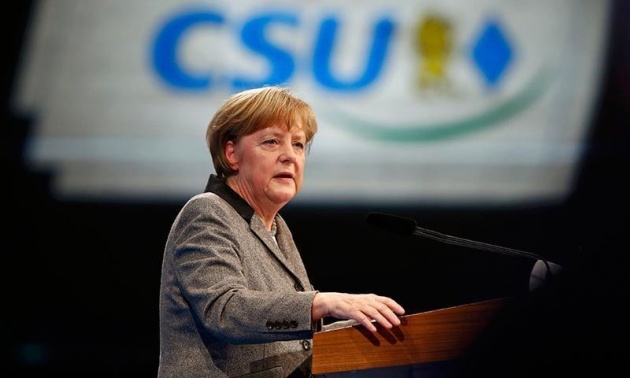 BERLIN: A film about German Chancellor Angela Merkel, who grew up in the former Communist East Germany before becoming the reunified country's first female chancellor, will hit cinema screens in 2017, the head of Berlin production firm AVE told Reuters.

Walid Nakschbandi said the biopic, which has the working title Angela Merkel, will seek to bring the chancellor alive for audiences around the world by showing who she is both politically and privately.

"Merkel is one of the most popular and most discussed leaders in Europe," he said of the German leader, frequently named the world's most powerful woman.

"People are always discussing, criticizing or admiring what she does but a lot of people don't really know who she is, where she comes from and what she stands for".

"Why does she do all of this? What's her image of Europe and Germany? What's she like in private - how does she live?" Nakschbandi added.

He said it had not yet been decided who would play Merkel, but AVE would come up with a list of names in the coming months.

The film's release will come in a year when Germany is due to hold a federal election and a majority of Germans want Merkel, who remains very popular at home 10 years after taking office, to run for a fourth term, a poll showed late last year.

The screenplay is being written by Dirk Kurbjuweit, a journalist at German magazine Der Spiegel who has written two books about Merkel.

"Having observed her close up, he's got knowledge that very few people in Germany have," Nakschbandi said.

Merkel's life will make for interesting viewing because it is "full of turning points", and she lived in two different political systems, Nakschbandi said.

Merkel, born Angela Kasner, grew up as the daughter of a Protestant pastor in the German Democratic Republic (GDR), the former Communist East. She trained as a physicist and married Ulrich Merkel, also a physicist, though they divorced several years later and Merkel went on to marry chemist Joachim Sauer.

Both marriages have been childless.

It was only after the Berlin Wall fell that Merkel became active politically. She joined the Christian Democrats (CDU) and after catching the eye of Chancellor Helmut Kohl, became minister for women and youth in his first post-reunification cabinet.

In 2005 she became the first chancellor from the former GDR.

Rebecca Miller (born 1962) alternates film making with novel writing. She is a filmmaker whose featu…

willie brandt :101 ears if he was alive