To be honest, I find it difficult to blog now because of the new blogging rules that have been imposed in here and that is to blog only about the things related to Artificial Intelligence because first, I'm not that knowledgeable on it. Second, I don't have that much interest in it. Lastly, AI is beyond my scope of knowledge. I was hesitant to continue blogging at first because I thought that I couldn't do it anymore, I didn't know what to blog anymore, and I'm boggled on what to write. But then again, after having lots of second thoughts, I felt that I should continue no matter what because I need money and the thought that the opportunity to earn is just there and it's like I'm denying myself from earning additional income so it's a waste of time if I don't continue. Hence, I'm coming back even if it might be difficult. Who would not want to earn some extra cash through it, right? I have to endure and carry on. :(

And because I'm not that knowledgeable about it and my interest is not that into it, I decided to mix my AI blog with something that interests me more and that is my imagination of the things in this world. 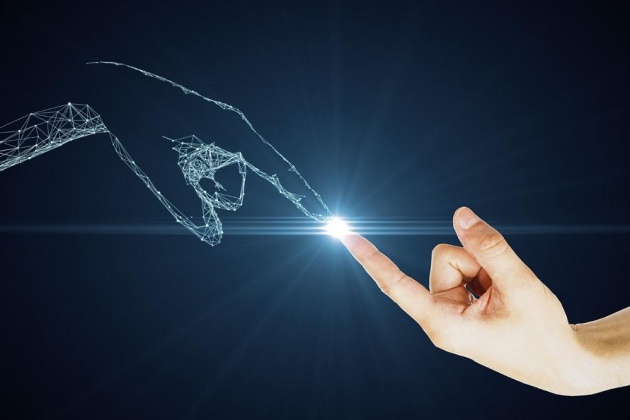 I decided to blog about Artificial Intelligence inventions that might have been made or should be made for the betterment of humanity. What if they were made? Don't you think it would make people's lives better? 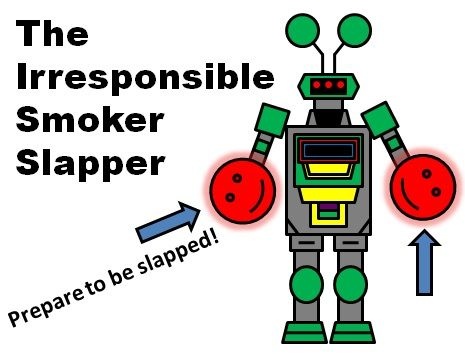 This kind of invention should be made as soon as possible. Do you know why? Because it will make the non-smokers' lives better when they are in a public place. Irresponsible Smoker Slappers are like scarecrows stationed at every corner of the world where people pass by. They are like robots with the height of an adult human. When a non-smoker is waiting for a bus, train, or any vehicle to ride and then a smoker suddenly passes by or stands close to him and smokes, the Irresponsible Smoker Slapper nearby will detect the smoke, locate the source, and once it does, will approach the smoker and slap him very hard which will catapult him to the farthest location possible. However, this technology will also make sure that the he will be enclosed in a cushion protecting him when he is dropped from catapulting.

*The hands of a smoker slapper ready to slap! 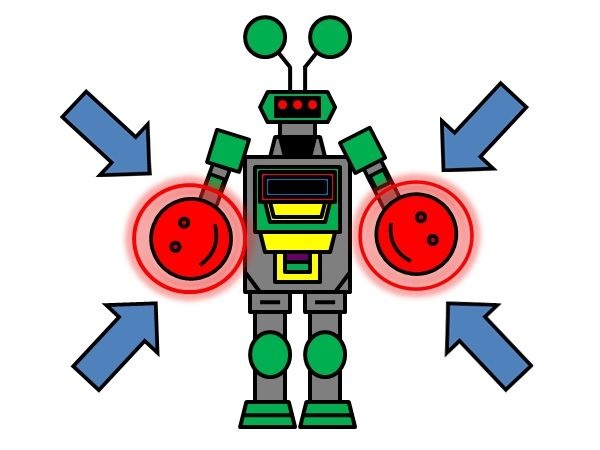 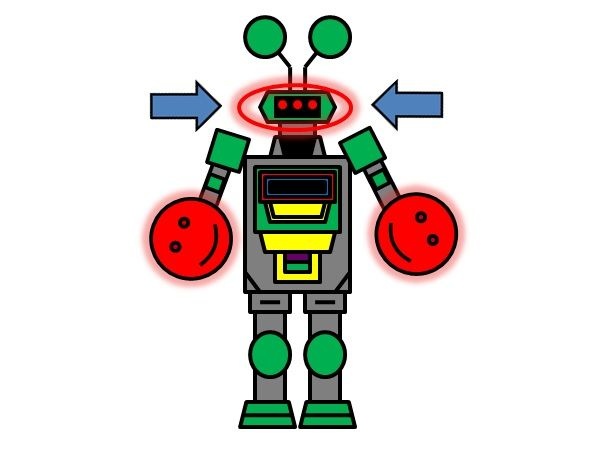 Smoke detectors like these will be attached to the robots:

However, one possible disadvantage of this invention is that it could malfunction and slap a non-smoker, making it unfair. That is why if ever someone dares to make this invention, he must make it sure it won't malfunction but should work effectively. 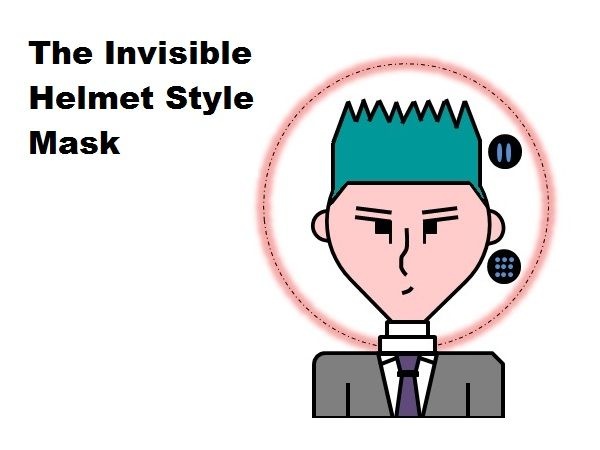 Whenever I go outside my house, I immediately see 'irresponsible smokers' passing by near me most of the time so I end up pulling out the face mask I've been keeping in my side pocket so that I could not inhale their smoke. Even if I don't want to wear it, I have no choice but to. I want to breathe some fresh air also but I can't because of their irresponsibility. :( Why can't they just smoke in their own place and walk after? Isn't that too difficult to do?

Anyway, this is the second invention I wish have been made so that non-smokers wouldn't have to suffer anymore. What if there was already an invention that would cover the entirety of a non-smoker's face like a helmet to keep himself from inhaling it but it is so invisible that it would look like he isn't wearing a helmet at all? The invention will tightly secure his neck making it sure that even the tiniest smoke particle can't go inside. I bet this would be better and more effective than Vogmask which is expensive and is claimed by its manufacturer to be 100% effective. As per personal experience, I found that Vogmask isn't that such so I wish that the Invisible Helmet Style Mask was made. I'm pretty sure that it will be expensive but effective, more effective than Vogmask. 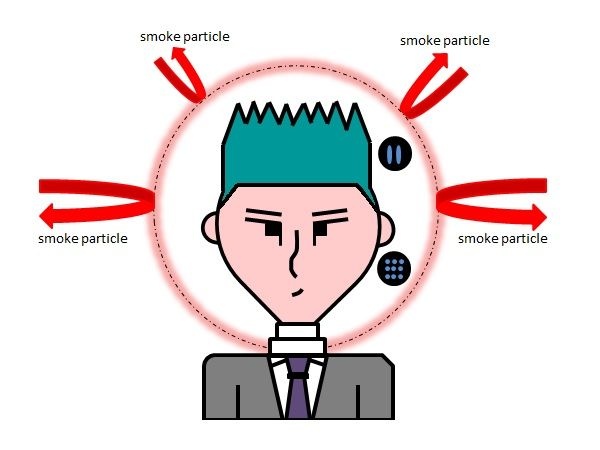 Let me explain to you the feature that this invention should have. First, it has a feature that will allow the person to resonate his voice from his mouth going outside the mask when he speaks so that he can still be heard without taking off the mask. There will also be a part of the mask that allows filtered air to go inside. Therefore, he can still breathe while his head is inside. In this way, any person smoking near him wouldn't have to get slapped by the 'smoker slapper' and thus, the smoker won't get attacked. This is a smoker-friendly invention. 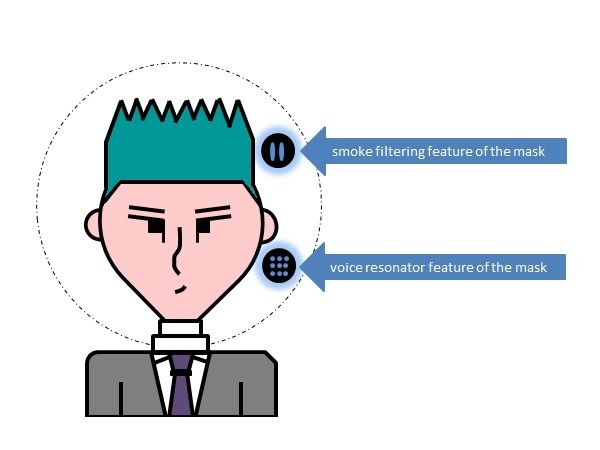 This one is very useful to those people who always wake up late for school/work. Imagine? You don't need to wake up two to four hours before work/school because you can just wake up at least 30 minutes before the time. All you just need to do is wake up, take a bath, eat breakfast, prepare, enter the portal transporter, and there, you are now in front of your classroom/workplace door in just a split of second. It's going to be a small device, as small as a computer mouse, then you will set up the date and time and the destination area that you want on the device. As for destination area, you will input the its complete name. For example, if it's a mall, then you will put its complete name and the device will locate it through its radar which has no limit in distance as long as it is on Earth so even if the location is on the other side of the world, the portal can still deliver you to the destined location. 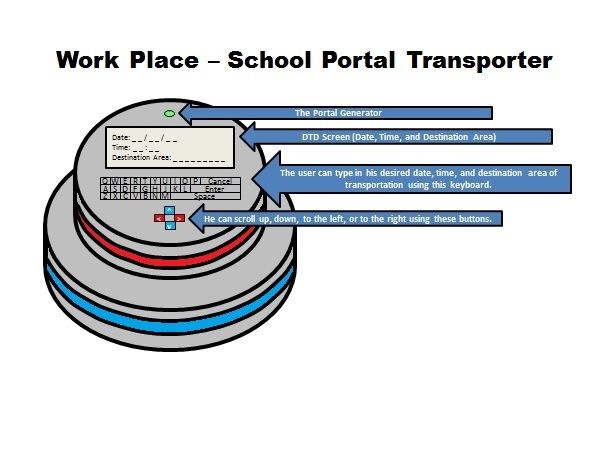 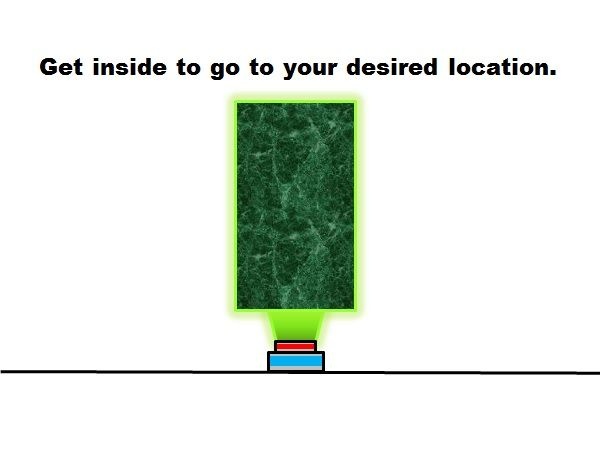 The door will open for five minutes so the person should be able to go inside within 8:00 AM to 8:05 AM. At 8:06 AM, the portal will shut down. If the person misses to enter, he will have to take the usual route to his school or workplace.

Do you think teleportation is true?