ATM security ,ways to prevent tampering your money by Francis

With all the recent reports of card slider tampering at public outdoor ATM machines there just has to be a better way!

One thing that comes to my mind about this is simple logic: Keep those ATM machines inside your business. Do not have them outside on the sidewalk.

Logically a person who would want safety to be the top priority and privacy as well, they would expect that no one would be able to tamper with or read the keypad as they entered their PIN number when making a cash withdrawal using their ATM card, debit or credit card.

The number one reason ATM machines, aka Automatic Teller Machines, such easy targets is simple:

The criminal mind is like an emotionless and borderline stupid just smart enough to try it but dumb enough to get arrested eventually. They are acting out of both greed and impulsiveness. They want to take advantage of an ATM that is both outside and in a place where no kind of camera can record their movements. The criminal mind is able to access card sliders somehow and knows how to place them in a way that is not easily seen or recognized by the inexperienced average person who makes use each day of an ATM machine. The criminal who gets by with it the first time and profits by it is more than likely to escalate and do more crimes of the same nature in the future until they eventually get caught in the act and then arrested and put away for a long time after.

The very nature of this crime proves that the location of every ATM machine be regulated by law to be in a well lit, well secured, video surveyed and indoor location that is only accessible during regular business hours, not open to the public, 24/7 out doors in front of a business that is closed and where there is no way to supervise, observe with cameras or be safe for individuals against the chance of robbery at the ATM which is a very dangerous and unsafe activity for good people to have to deal with.

Some places I go to in this city have ATM machines located inside convenience stores, grocery stores, and practically every other business I can think of, but there are also too many ATMs in locations that are prone to being the next target of criminals.

Play it safe. If you have access to a 24/7 ATM then look carefully at the machine for anything that seems out of place. Look around you and make sure you are not being observed by a person who has no intention of using the ATM but might be thinking about mugging you.

The chances are not 100% that every outdoor ATM is a target of criminals who use the card slider technique to rob your bank account but then if there is any chance why risk it?

On another note: If you are in a public place that is a hot spot for WiFi mobile devices and you want to do a banking transaction in public, think twice about it. There is no 100% fool proof solution to cyber attacks and since this type of online theft is on the rise, play it safe by doing your banking either at home using a phone or computer with a firewall or do your banking at the store by asking for cash back with a purchase. I find it much quicker to just get a 50 when I need it when buying coffee at Target than standing in line at the bank to make this same kind of withdrawal and also there are too many people standing around in big stores like Walmart and Target for a peep to look over your shoulder and for that I suggest covering up the keypad with one hand while tapping the keys with the other. The possibility of a person standing far away with a zoom lens camera being unnoticed can sometimes be quite intrusive and suspect. 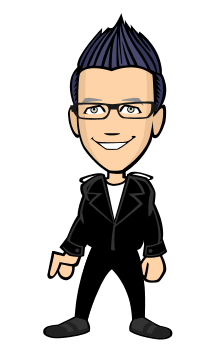