BEGGARY IS REALLY A CURSE...

In our country Pakistan poverty, inflation, unemployment is daily growing where there number of beggars is also increasing significantly. Now here a question arises whether they spread hand due to their necessity or the beggary is family profession of these morality vendors. After looking at the society the answer to this question is the people are familiar with the faces of beggars these are the people who are trained to beg for generations. Alas!!Todays, the world is on the way of development and technology but there is no lack of the beggars.

Begging is not only disgrace and dishonor for the country, but also gives rise to crimes and evils. We often read in newspaper headlines that beggar was the dacoit, beggars have kidnapped and they demanded for the ransom. In our country, begging has become a curse to us in which people of all ages men and women are included. We have three kinds of beggars, one kind has habit of free eating their stomach does not satisfy with Halal loaf and they beg to feed their family these are professional beggars… Second are drugs addicts who beg to buy drugs for them…. The third are forced to spread their hands due to inflation and unemployment and they deserve our help. 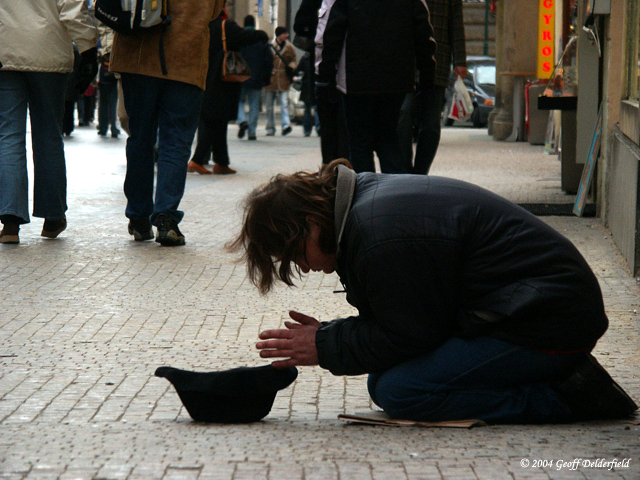 Begging is very shameful and disgraceful act, this curse has spread horrific scene everywhere in the society . Islam ha strictly prohibited to beg our ask for financial help without any need but todays in our country begging has become a profession and day by day people are including in this profession. The country's major cities as well as smaller cities and towns are also victim of begging. Especially in the holy month of Ramadan they moved towards the big cities where they are involved in crimes. According to a survey, main cities are in contract of beggars with beggars Mafia and responsive institutions also take their certain amount from them.

Beggars are embedding in society like a disease. People should discourage those people who are associated with this profession. We must adopt affirmative action to eliminate the begging on the state level. Where there the government should take some urgent measures to eliminate the beggary it also needs long-term planning so that the disease can be eliminated. Allama Iqbal always used the word “Shaheen” that means eagle for the youth of his nation. He was giving message to youth that beggary is not the profession of Muslims they must have self-respect to earn money by right way.

How to Cope With The Effects of Inflation