So my Canadian aunt went back to the Philippines around September-October. Lucky for me, it was around my birthday so she asked me where I'd want to celebrate it. One of my cousins recommended Buffet 101 before and I haven't tried dining in there so I requested that to treat me (and my mom) at Buffet 101 in Robinson's Magnolia because it was nearest in our house. Good thing she easily approved! 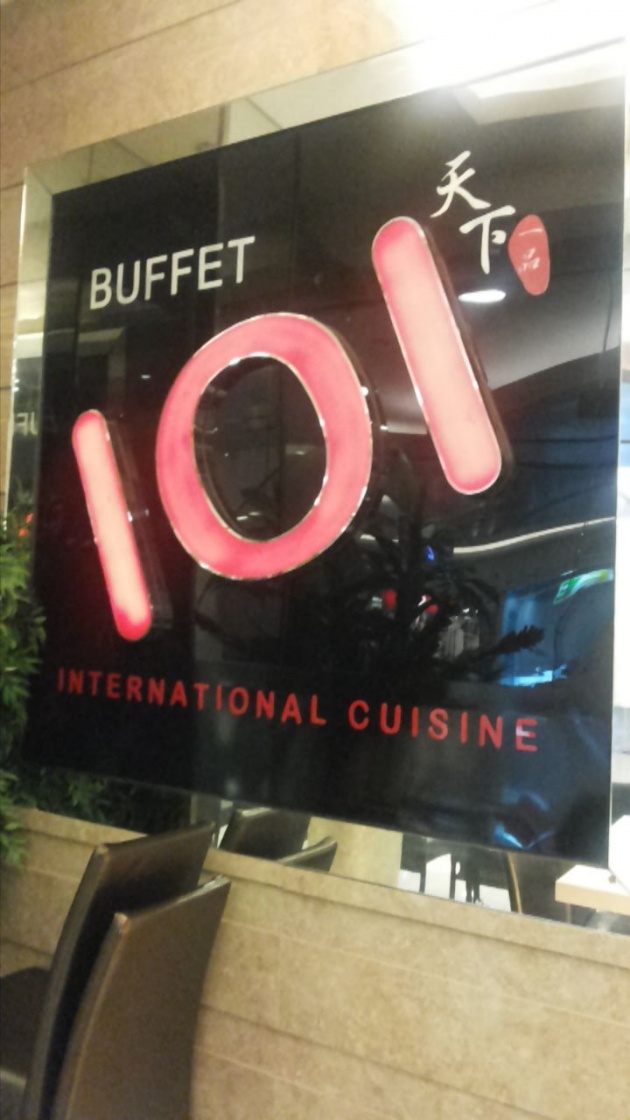 It seems like they don't have an official website (only an official facebook page). I haven't found out about the restaurant's history; what I've found online was an excerpt from Metrodeal--here it goes:

Buffet101 International Cuisine is a restaurant that does not mess about. Just by its name you’ll know that it will focus on the very essence of buffet-style dining. That means you choose the food that you like from only the best and wide array of choices possible. Go ahead and feel at home with varied Filipino culinary options. Dig in to comfort food that only American dishes can provide. Feel pampered with the wide array of Italian culinary masterpieces. Enjoy freshness with the Japanese dishes on offer. Feel festive with the many colorful Chinese delectables and other delights. If that’s not enough, then the other fusion-style dishes will surely get you going.

Adding a unique service and quenching thirst in varied degrees, Buffet 101 serves unlimited drinks. You can bond more with colleagues with drink-all-you-can draft beer. With continuous servings of fresh fruit juices and shakes, you’ll surely be healthily quenched. You can also spoil yourself with free-flowing sodas or enhance your dining experince with unlimited wine. As a cherry on top of this already one-of-a-kind service offering, a plethora of desserts – from fresh fruits to baked delights – will cap off your dining experience and have you leave the premises with satisfied, bloated stomachs."

There were chairs lined outside of the restaurant so it would seem that a bunch of people flock in at Buffet 101. I also thought about that before we arrive, even if it was on a weekday, but there was no one waiting outside so we zoom inside the moment we talked to the receptionist. 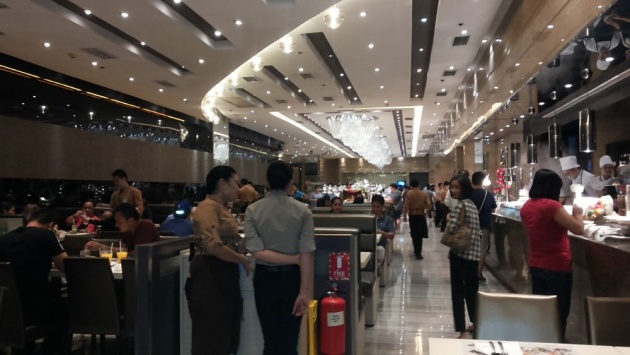 I thought that the branch at Robinson's Magnolia was small but I was wrong because there were still more tables deep inside the restaurant. It just wasn't obvious outside. The ceiling was also steep so it had the illusion of a wide space that you would feel like you weren't inside a shopping mall. It's also warmly lit but not dim. 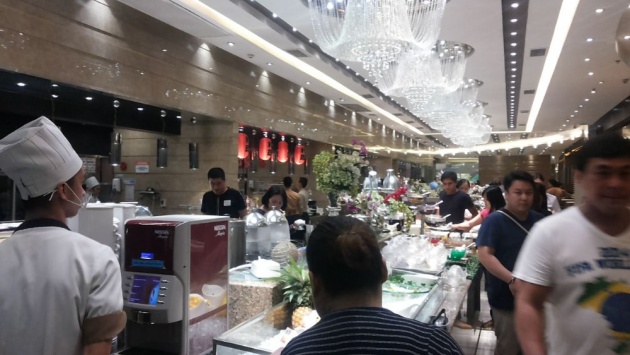 They market it as a 5-star dining experience but I didn't feel like it because I saw diners in shorts and flops, even in school or office uniforms. But I found this very OK because I felt I fitted in with the right crowd and the place wasn't intimidating. 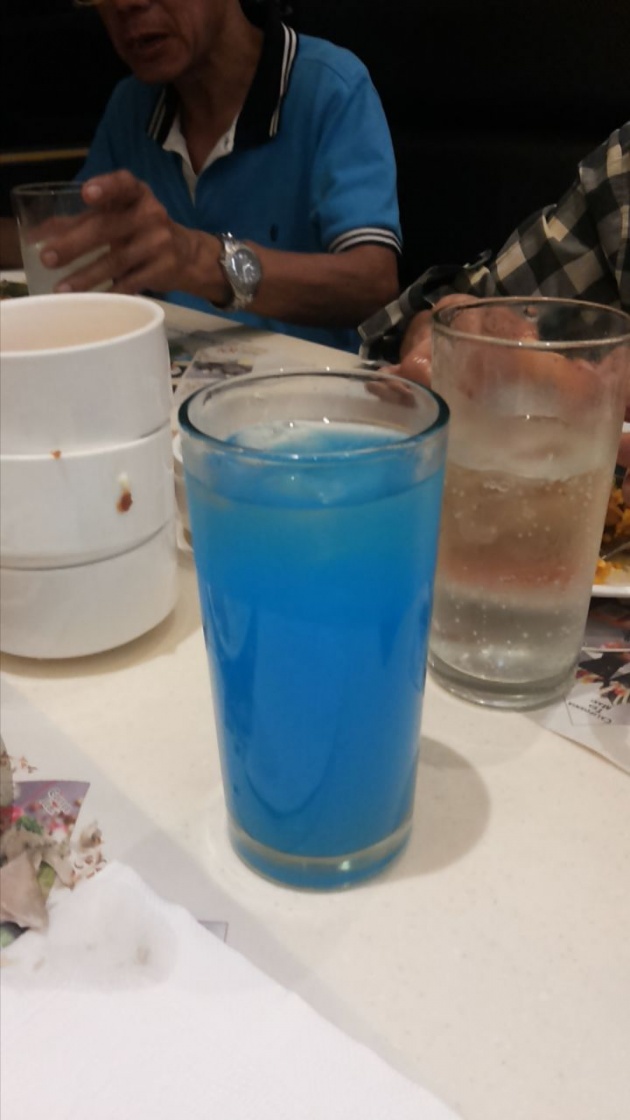 I'm starting with the drinks because it first came to mind. They serve beer, soft drinks, juices, and Milo. I always refill from the blue lemonade even though the regular and the blue one taste the same. I find it more exotic looking and cool to drink. 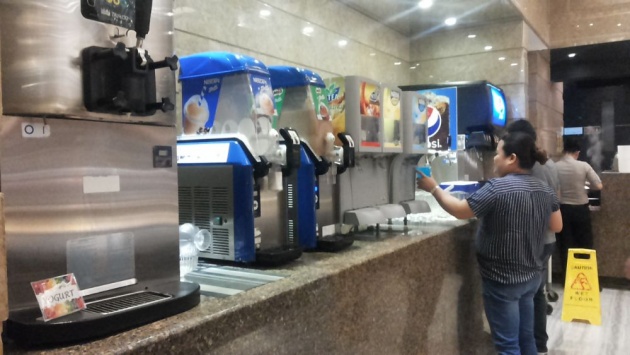 Their dispensers don't serve cold beverage so you need to get some ice from a cooler beside them with the use of thongs. I found it tedious because the bits of ice were small, it was hard to get a piece. I instead got my ice from the automatic ice dispenser of the soft drinks. Smart. 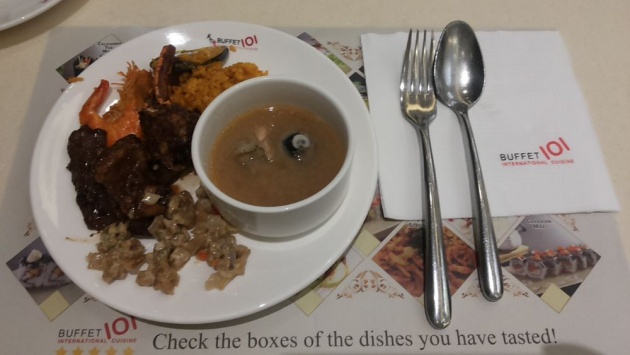 There were so many interesting foods to try at Buffet 101, yet I only managed to eat mostly familiar food (mostly seafood!). As usual, I went for seafood, but this time I ate a cuisine with rice, which was seafood Paella.

There was nothing to complain about as all the entree I tasted was OK, if not, good. 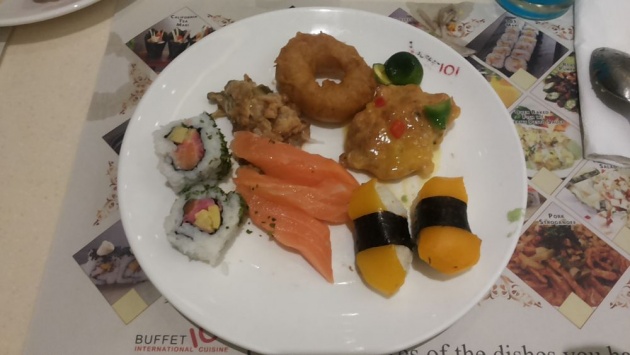 Their sushi was a bit of a downer for me. I don't really find theirs delicious. The sashimi was not soft and tasted unfresh. Still, I finished the servings I took out of respect for my aunt and because I don't want any leftovers from my plate. We ate around dinner time, just saying; it might have a factor on why the sushi tasted like that. 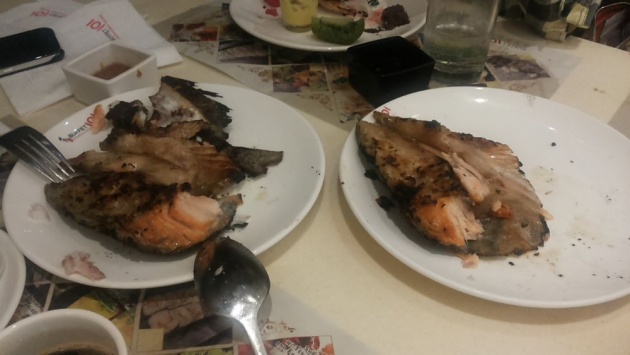 This dish came in very late on our table. Aunt had rounds and she discovered this jewel in the rough out of the bunch. Imagine, for the price you pay, you can eat unlimited salmon! We all know how expensive salmon can go in Asia, right?

You will request to cook this dish and wait a while. Aunt said the first batch she ordered for our group wasn't fresh. I really can't tell because I don't often eat salmon, but being well travelled, I take her word for it. But the 2nd batch of our order had had already have fresh parts so we were quite happy. I think I ate a whole salmon (head, gut part and tail) because it was a delectable treat.

I only tasted a few because I was almost full. The saying, "The gut always has room for dessert" doesn't ring true, to me at least (I wish it was haha). 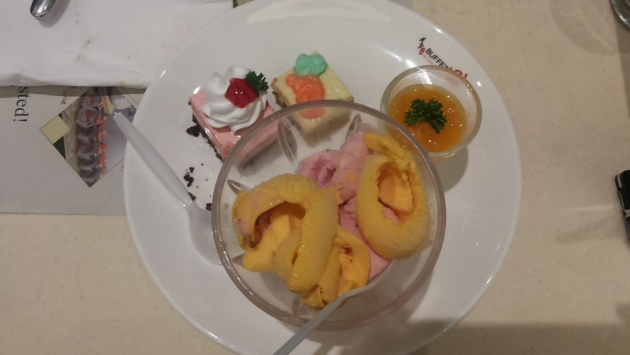 I think their ice cream brand was Magnolia. It's highly likely because, hello?, it's in Robinson's "Magnolia." The packaging also looks like it's Magnolia. Anyway, I enjoyed my ice cream even though I could only finish three scoops.

I was also lucky to have cheesecake and carrot cake in one restaurant. Cheesecake (not the Japanese variant) in bite-size is really hard to come by so I savored eating mine. It was OK: soft with a moist crust, but I had better. It was unforgettable though.

The mango panna cotta had just the right sweetness but it was a little solidy for me.

It was my birth month so they had a sang for us. In Buffet 101, the waiters and waitresses even dance while some were singing the Birthday Song. 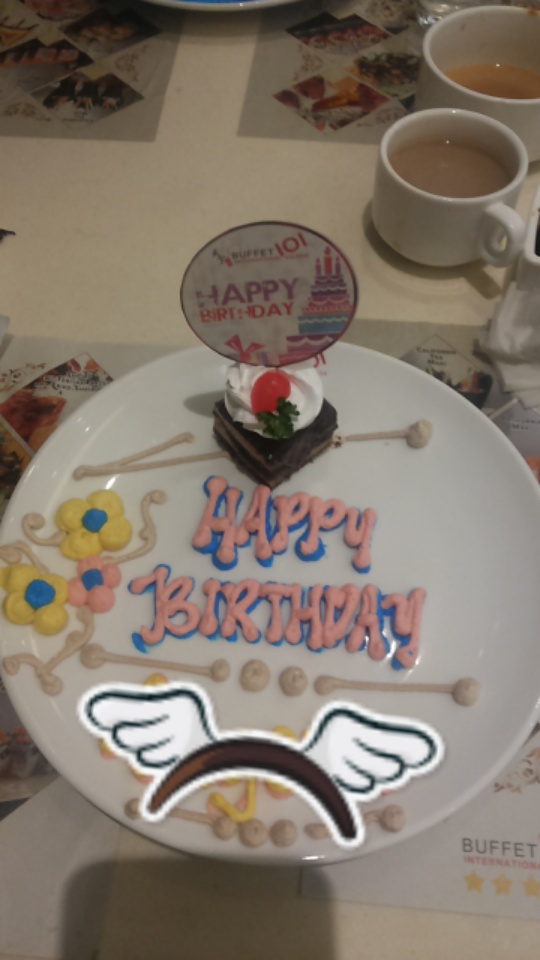 It was a bit of a hassle, though, because they must have forgotten that we have 2 celebrators at our table and they came in late (when we were just about to leave the premises). But I was a bit surprised when they gave me and the other celebrator a mini cake each and their birthday greetings are written in icing. Apologetic move perhaps?

They were very approachable and easy to talk to, no rude staff. They were also well equipped (hat, apron and mouth covers).

I had a good time at Buffet 101, Robinson's Magnolia.

Here's a Querlo chat about restaurants:

No Photos Allowed at Cabalen SM Seaside, A Review Blog

Early Saturday, my brother in law arrived in Cebu City after four months of working abroad, he's a s…

Cabalen : Affordable Filipino Style All You Can Eat Restaurant Review

What to do when you are inside a mall and it's raining outside? You can't go out just yet so you nee…

We all like getting free food, right? Freebies are most especially appreciated by everyone so going …