What is the "Black Knight" satellite? It is a mysterious satellite, of unknown origin, discovered in 1960 which shadowed Sputnik. It is believed to have been of extraterrestrial origin, and signaled back old radio waves from the 1920s and 1930s before it disappeared. In short wave patterns analyzed by astronomer Duncan Lunan, it revealed its origin as Epsilon Boötes (or the star system as it was 13,000 years ago).

Nostradamus is quoted as saying; "mankind would discover a machine in space that was send to us by the watchers"

“ ‘THE OBJECT,’ JUDSON SAID, ‘DOESN’T EVEN HAVE THE DECENCY TO MAINTAIN A REGULAR SCHEDULE,LIKE ANY OTHER HEAVENLY OR MAN MADE OBJECT HE’S EVER SEEN.’ ‘WE DON’T KNOW WHEN TO WATCH FOR IT.’ he says.” It appears some nights, and some nights it doesn’t.

So, we have an object of unknown origin which the governments of the world ‘allow’ in our atmosphere?

"In February 1960 the US detected an unknown object in polar orbit, a feat that neither they or the USSR had been able to accomplish. As if that wasn't enough, it apparently was several sizes larger than anything either country would have been able to get off the ground.

And then, the oddness began. HAM operators began to receive strange coded messages. One person in particular said he managed to decode one of the transmissions, and it corresponded to a star chart. A star chart which would have been plotted from earth 13,000 years ago, and focused on the Epsilon Bostes star system.

On September 3, 1960, seven months after the satellite was first detected by radar, a tracking camera at Grumman Aircraft Corporation's Long Island factory took a photograph of it. People on the ground had been occasionally seeing it for about two weeks at that point. Viewers would make it out as a red glowing object moving in an east-to-west orbit. Most satellites of the time, according to what little material I've been able to find on the black knight satellite, moved from west-to-east. It's speed was also about three times normal. A committee was formed to examine it, but nothing more was ever made public.

Three years later, Gordon Cooper was launched into space for a 22 orbit mission. On his final orbit, he reported seeing a glowing green shape ahead of his capsule, and heading in his direction. It's said that the Muchea tracking station, in Australia, which Cooper reported this too was also able to pick it up on radar traveling in an east-to-west orbit. This event was reported by NBC, but reporters were forbidden to ask Cooper about the event on his landing. The official explanation is that an electrical malfunction in the capsule had caused high levels of carbon dioxide, which induced hallucinations. 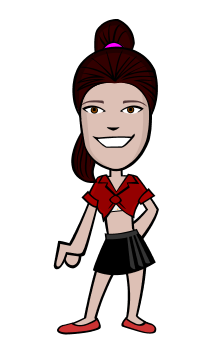 Free yourself from your shekels, the lion sleeps no more. Mankind get from your knees!!